Residents of several small U.S. cities throughout America's west and Midwest were stunned this week when a state-of-the-art Russian spy plane appeared overhead. “Did you spot the Russian 'spy' plane yesterday?” asked the Sandhills Express before answering its own question with “don’t worry, because it wasn’t really spying at all!” It turns out it was spying, though - just the legal, agreed-upon kind.

In March 2019, another Russian spy plane flew over some of America’s most secretive and mysterious research installations including the infamous Area 51. While foreign surveillance missions flying through the nation’s most sensitive airspace may sound suspicious, it turns out the flights are part of what’s known as the Open Skies Treaty, an international agreement which allows nations to routinely observe one another’s military activities and facilities from directly overhead.

Aside from military bases, the aircraft’s flight took it over White Sands Missile Range, Sandia and Los Alamos National Laboratories, and the Pueblo Chemical Depot in the process. These sites are home of some of the U.S. military industrial complex’s most secretive and advanced research into fields such as directed energy weapons, aircraft countermeasures, and radar signature research. What were they looking for up there? 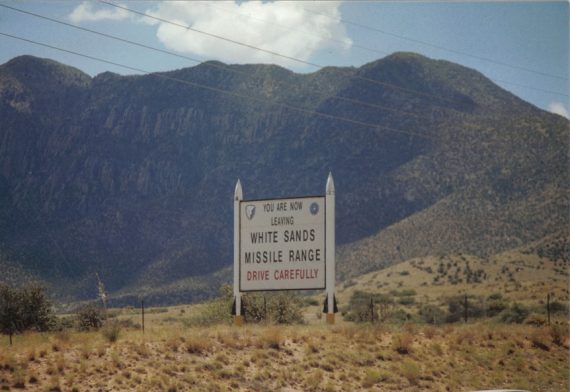 While these types of flights are sure to raise alarms, we can all be sure of one thing: the really good stuff isn’t being kept out in the open in hangars marked with the insignia of the U.S. armed Forces. That stuff is kept in salt mines, deep subterranean bunkers, or Las Vegas hangars owned by private aerospace firms. Furthermore, according to a press release issued by the Russian Ministry of Defense, American observers were aboard these Open Skies flight to ensure the Russians saw only what we wanted them to.

Which makes you wonder: with how advanced and ubiquitous surveillance satellites are these days, what not just spy from space? What is the real need for these Open Skies Treaty flights in the space age?

Beware! Your Next Thrift Store Purchase May Come With Ghosts