Scientists Plan To Clone A 42,000-Year-Old Extinct Horse Species Back To Life

Scientists are pretty sure that they can extract cells from a 42,000-year-old extinct foal and bring it back to life. They believe that if they can bring back the extinct Lenskaya breed of horse, they will eventually be able to successfully resurrect the woolly mammoth.

The light ginger-colored foal was found in the Batagai depression in Yakutia. The almost perfectly preserved horse was in the Siberian permafrost for 42,170 years. It was only around two weeks old when it died. A joint team of Russian and South Korean researchers have worked on the frozen horse for numerous months and they are very confident that they will be able to get the cells they need in order to clone the extinct cold-resistant Lenskaya breed back to life. The horse breed became extinct approximately 4,000 years ago. 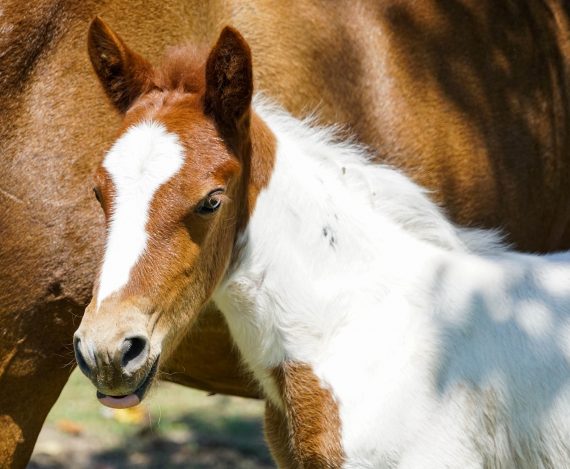 Dr. Semyon Grigoryev, who is the leading researcher at the Mammoth Museum in Yakutsk, said, “Fortunately, the animal’s muscle tissues were undamaged and well preserved, so we managed to get samples of this unique find for biotechnology research.” He went on to say that the foal “has no damage to its carcass, even its hair is preserved – which is incredibly rare for such ancient finds.”

A source at the North East Federal University said, “Researchers are confident of success of the project. The attempts will continue until the end of April this year.”

Click here to see pictures of the team working on the foal.

While the first attempts were unsuccessful, scientists are still trying to grow a cell that can be used to clone the animal and they are “confident of success”. In fact, there have been over 20 attempts just in the past month. “Cells are grown in a special nutrient medium. At first the material is milled and put in a CO2 incubator for a few days,” lead Russian researcher Dr. Lena Grigoryeva explained, “Three to four days later the cells are checked and the nutrient medium is replaced.” She then said that there are seven researchers on the Korean side that are working on the project and that they are all remaining positive. 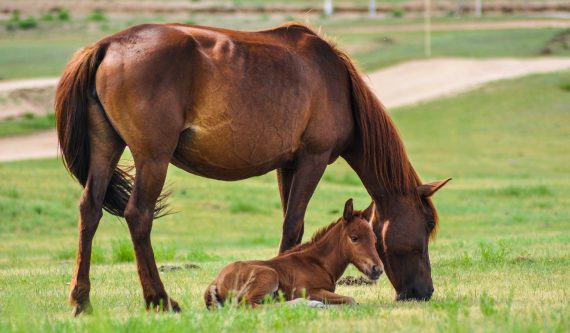 They have already talked about which type of horse would be used as a surrogate mother for the cloning process. “The Korean horse will fit in perfectly,” Grigoryeva stated, “They have been used in cloning for a while and the technology is mastered to perfection.” She then added, “Besides, the Korean horse is quite ancient too. It is a successor of Mongolian horse.” They have, however, also considered using the Yakut horse for the breeding experiment as it is able to survive temperatures as low as -60 degrees Celsius in the extremely cold Siberian winters.

Michil Yakovlev, who is the editor of the university’s corporate media, expressed his optimism by stating, “Hopefully, the world will soon meet the clone of the ancient foal that lived 42,000 years ago.” I guess we’ll have to wait and see if their experiment becomes a success.

Mysterious UFOs Return to Manitowoc and the Lake Michigan Triangle