Second Interstellar Meteor Discovered and This One Hit the Earth

Move over, ‘Oumuamua … there’s a new interstellar object in town. Well, there was, according to Abraham (Avi) Loeb, the astronomer who will be forever linked to ‘Oumuamua because of his theory that the cigar-shaped, not-of-this-solar-system object might actually be artificially made – in other words, an interstellar spaceship or solar sail. Despite some ridicule, Harvard didn’t fire the chair of its Astronomy Department and Loeb went back to work … and has now discovered his own interstellar object which predates ‘Oumuamua. Avi, can you give this one a name that’s easier to spell and pronounce?

“I was very surprised. I didn’t expect that. I thought we will not see anything. But in retrospect, like any discovery, you say, Oh yeah, of course. How could I be so foolish not to look for that in the first place?”

“That” is -- or was – a meteor that was reported over Manus Island in Papua New Guinea on January 8, 2014. In a paper that has been submitted to The Astrophysical Journal Letters, Loeb and Harvard undergraduate student Amir Siraj describe how they found the report while reviewing the Center for Near-Earth Object Studies' catalog of meteor events for objects that had two key ingredients indicating they might be from another galaxy – speed and trajectory. 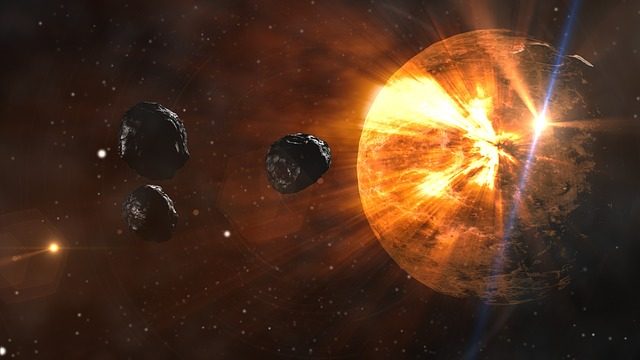 “We know the motion of the Earth [and] we correct for it—for the gravity of Earth, gravity of the sun, gravity of all the planets.”

Loeb told National Geographic that he and Siraj searched through 30 years of data and found one meteor that had the right combination of both. The meteor was traveling at almost 37 miles per second (134,200 mph or 216,000 km/h) when it disintegrated over Manus Island. That’s too fast to have been slingshot at Earth by a tight loop around the Sun or Jupiter or another planet in the way NASA gives space probes a boost in velocity, which means it was probably fired at us by another star. While there are no pictures of this meteor, the data in the CNEOS catalog indicated an unusual trajectory that, when coupled with its speed, indicated this was most likely an interstellar object that arrived three years before ‘Oumuamua.

“If we identified such a thing in real time, we could take a spectrum and figure out the composition.”

Unfortunately, this one burned up in the atmosphere due to its size -- three feet across and weighing about 1,100 pounds. And no, it wasn’t cigar-shaped, so Loeb doesn’t think it was a spaceship. However, it could still have been carrying life forms.

"You can imagine that if these meteors were ejected from the habitable zone of a star, they could help transfer life from one planetary system to another."

Panspermia! Loeb thinks most of these interstellar objects are much smaller than ‘Oumuamua (1 km long) and will disintegrate before impacting, but much could be learned by beefing up the NEO detection system to catch more of them as they burn up in the atmosphere so their spectrums can be analyzed for mineral content.

That’s not as exciting as finding an alien spaceship, but Avi Loeb seems well on his way to becoming the go-to astronomer for interstellar objects.

The Mysterious Moss Man of Florida