There is something about the idea of wild, animalistic humans out on the hunt that inspires fear and has made it a popular theme in horror stories such as the film series The Hills Have Eyes. To have these ruthless people who are somehow less than human living away from society and up to their own grim devices and feasting on flesh away from prying eyes is a chilling thought, and it is perhaps because of the innately unsettling concept that stories of real albino cannibals have popped independently in a few areas on opposite sides of the United States.

Over on the East Coast we have the rather spookily nicknamed Ghost Mountain of Pennsylvania, actually officially called Haycock Mountain, a rural rugged area that would not look out of place in some movie about inbred hillbilly killers, and indeed among its many legends there is exactly that here. According to the local lore, especially in the locale of Sellersville, PA, there is supposedly a clan of vicious albino cannibals that lives in the deep woods of the mountain, emerging at night to prowl the countryside looking for prey, which mostly ends up being anyone stupid enough to be trespassing into their domain. At times they are said to set up fake roadblocks, where they will stop cars and kidnap the occupants. These albinos are also said to raid farms to kill livestock or pretty much anything they can get their hands on, often armed with rock salt loaded shotguns to chase off unwanted nosey visitors. Their haul is then brought back to their dank lair, which is often described as being a windowless concrete bunker half-buried in a weed-choked hillside. One witness who has supposedly seen this lair says of it on Weird U.S.:

The Albino House... I never saw the actual albinos myself, but did see the house. It’s pretty strange. You have to go down a dirt road and just before you reach a cool old-timey red covered bridge. On the way to the place down the bumpy dirt road are little doors in the side of a hill, strange tunnel complexes, hobbit holes and other freaky stuff. It turns out they are really root cellars, but who the hell knows what a root cellar is anymore? 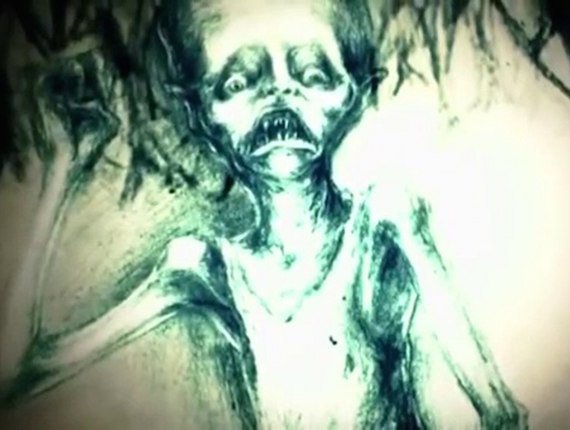 Stories of the antics of these albino cannibals abound. They are said to use their shotguns or fireworks to chase off trespassers, and will often hide in trees to drop down from above on unwary travelers. They have been seen to carry out strange rituals among the trees or play twisted music as they cavort about, and stories of them carrying out Satanic rituals and human sacrifices are not at all uncommon. They supposedly speak their own language of grunts and growls, the language of whatever past life they had as a normal human being usurped by some sort of primal, feral state, and they will walk about on both two legs or down on all fours. They are variously described as escaped circus freaks, some sort of experiment gone awry, or in other tales they have glowing eyes that glint in the night and are not even human in any sense at all.

There are numerous accounts of people encountering these ferocious cannibals in the backwoods here, or of people coming back with cars dinged up by rock salt, and locals claim that even the police are scared to go into their territory at night. Of course “Ghost Mountain” is known for all sorts of urban legends, such as a house where you can see a ghostly old lady knitting through the window, a trove of lost gold hidden away somewhere, and a haunted bridge where a specter will appear if you honk your horn three times, so is the albino cannibal clan just another one of these? Paranormal researcher Amy McCormick has said of it:

My own investigations into this have turned up plenty of stories and supposed eye-witness accounts, with some proof in the form of rock-salt residue blasted into the cheap paint jobs of local high schoolers’ Camaros. But, of the albinos themselves, not a trace. Although I did find two abandoned houses, one with all the bathtubs and sinks filled with a mixture of mud, leaves, and what may once have been water. A search of local newspaper archives has revealed a depressing lack of corroborating evidence here. But hey, not all the news gets reported, y’know? 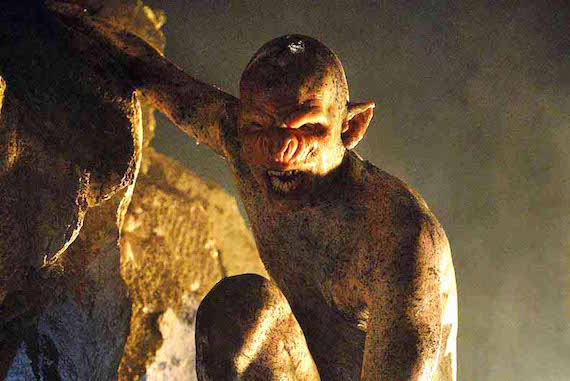 Whether it is all tall tales or not, this is not even the only tribe of albino maniacs purportedly stalking the wilderness, and all the way on the other side of the country there is a very similar story from the state of California. The lore in this case gravitates towards a rural stretch of road near San Jose, called Hicks Road, where for decades there have been persistent reports that a band of marauding albino cannibals call this place home, often known locally as the “Blood Albinos.” As with their Pennsylvania cousins, they are said to aggressively chase away trespassers, in this case either on foot or in filthy, banged up trucks, often running people clear off the road before howling off into the night if you are lucky. If not, they will supposedly kidnap you and take you off to an unknown fate. They also seem to enjoy simply terrorizing people, such as waving about shotguns or clubs before leaving terrified witnesses in need of a clean pair of shorts or chasing people only to end up letting them get away. One account of a second hand encounter with the alleged albinos was given by a man named Ryan on the site Fictspedia, who says:

Growing up in the Bay Area you will undoubtedly hear stories of a long, lonely, and windy road in the Southern area of San Jose, known as Hicks Road. The rumors, and stories you hear, I can assure you are quite true indeed; an albino family living back in the hillside of Hicks Road in a dilapidated old house. Once I was told by a close friend name Dan, about his personal encounter with these albinos. Dans' story will take us back to the autumn of 2007, late August to be specific. Dan and some of his buddies were out on a Thursday night, cruising for some excitement. One of the back seat drivers had an idea which he proposed to the group, drive down Hicks road in search for the elusive albinos. Seeing as Dan was the driver, he was initially skeptical about the idea, but peer pressure broke him down and with the destination set, their course commenced.

The winding roads nestled behind in the woodsy hills was a tedious drive for Dan, as his nerves began kicking in. "There are not really albinos out here" is what he kept reminding himself. Without warning, Dans car collided with something, a large dark figure is what blurred before Dans' eyes as he slammed on the breaks. When the car came to a rest the headlights revealed a large buck sprawled across the street, clearly not moving. As all of the occupants of the car realized what has happened, another dark figure appeared from the roadside. Except this figure split into three separate entities. Moving quickly into the road, the headlights now showed 3 humans with pasty white skin and blood shocked eyes. Working with haste, the three albinos dragged the bloodied buck down the hillside and out of sight. After a moment of shock and terror Dan sped off back home. Showing everyone he could, the damage the buck left on his car and trying to explain how three albinos came to take the corpse was a bit far fetched. Yet Dan and his three friends all swear by the story. 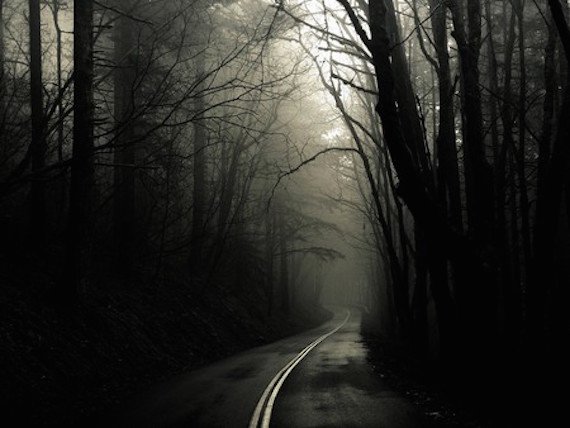 Adding to such sightings are the many dead animals said to be found in the area, alleged to have been the work of the albinos, and they are also said to leave behind evidence of Satanic rituals in the woods. This has actually been one of the theories on who or what they could be, that they are some sort of cult. Other ideas have been that they are escaped experiments from the United Technologies Corporation on nearby Metcalf Road, or that they are ghosts or demons. One interesting idea was put forward by an unnamed paranormal researcher on the site Backpackerverse, where he postulates that they could be something inter-dimensional in nature, saying:

I wouldn’t be surprised at all if these things exist in that area alone in the world, perhaps the last vestiges of some dying race of creatures from another world, or another dimension. Maybe they’re not even that dissimilar to us, except for their basic nature. Whatever they are, they’re pure, unadulterated evil.

Whoever or whatever they are or whatever their origins, the Blood Albinos of Hick’s Road have become such a persistent story in the area that there was even a short horror film based on the phenomenon called "Hicks Road." Again, is this all just pure urban legend and spooky stories or is there anything more to it all? It is likely that this is just rumors and stories whispered among locals, things that always happen to "a friend of a friend," yet the idea of a wild pack of ravenous and very malevolent albino feral lunatics stalking in the dark is an unsettling thought, and it certainly is enough to make one think twice about going to either one of these areas at night.