Today, there are literally dozens of cases on file concerning the Black Eyed Children; however, the most important one of all, is, of course, the first case. Or, at least, the first reported case. It comes from a man named Brian Bethel, a respected journalist, whose story first began to circulate in the late 1990s. As fate would have it, and on the night in question, Bethel – of Abilene, Texas – realized he had forgotten to pay a bill, and so he got in his vehicle, with the intent of depositing a check in an after-hours drop-box. It was coming up to 10:00 p.m. when Bethel arrived at the location, which was situated at a shopping mall. As Bethel sat in his vehicle, writing out the check, he was interrupted in terrifying style by a loud tapping on the driver’s window.

As he quickly looked up, Bethel was confronted by a pair of young boys who, at first glance, in the darkness and the shadows, appeared normal. Matters very quickly became deeply strange, however. In no time at all, Bethel developed a disturbing sense that all was not well. It was as if a malignant atmosphere had suddenly descended and blanketed his vehicle, and as if out of nowhere. Bethel was careful to only wind the window down to a small degree, and asked the boys what they wanted. They came up with a story that sounded most unlikely and left Bethel feeling very uneasy; frightened, even. They claimed to need a ride back home, so that they could get some money and then go and see a movie. “C’mon mister, let us in. We can’t get in your car until you do, you know,” said one. It was at this point that Bethel finally saw the eyes of the pair: they were completely black, with no iris or pupil anywhere in sight. Bethel knew exactly what he had to do: he hit the accelerator and was gone. And so were the BECs: as Bethel looked back, they had seemingly vanished, and impossibly quickly, too. 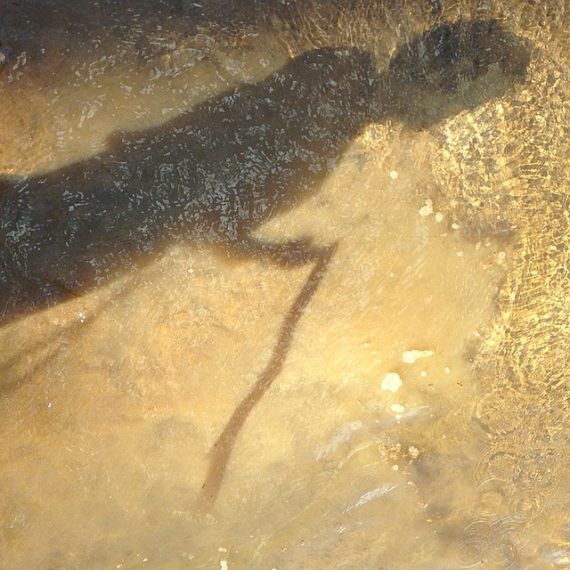 Experiences like that of Brian Bethel abound. In 2011, I investigated the case of a woman named Alison who had a very similar experience in the previous year, 2010, at an Orange County, California motel. It was around 11:00 p.m. when a loud knock at the door made Alison practically jump out of her skin – as, at the time, she was laid out on the bed, engrossed in a movie. Rather weirdly, the movie was Roman Polanski’s 1967 movie, Rosemary’s Baby, which tells the story of a woman who gives birth to a demonic baby. Alison tentatively got up and tiptoed to the door, peering through the spy-hole. She could see two young boys, both in black hoodies, stood right in front of the door.

As if realizing that Alison was silently, and worriedly, watching them, one of the boys leaned into the spyhole and said, “Please let us in, we need to use the telephone.” Not only did the request send shivers throughout Alison’s, but the fact that the boy deliberately kept his face pointed downwards, while looming into view, and his eyes in shadow, only added to the menace.

Then, something very disturbing happened: Alison felt as if an evil force was taking over her own self-will and was trying to make her to open the door to her late night callers of the sinister kind. It took a supreme effort on Alison’s part not to unlock and open the door. Fortunately, she was able to fight off what became, she said, a “need” to let the children in. Having regained her wits and sense of self-preservation, Alison looked again through the spyhole, only to see the boy staring right at her…through a pair of solid black eyes. She screamed, jump back, and called the night-manager, who was on the scene in no time at all. The BECs were nowhere in sight.

It’s worth noting another UFO connection in the uncanny saga of the Black Eyed Children: they have deep parallels to the notorious Men in Black, who have, since 1947, terrorized and intimidated into silence numerous witnesses to UFOs. Just like the BECs, the Men in Black have a propensity for knocking on doors late at night. The two mirror each other in other fashions, too: like their child counterparts, the MIB will not enter a home until they are specifically invited to do so (shades of ancient vampire lore). Both the MIB and the BEC wear black. Both wear head-gear: hoodies for the Black-Eyed Children, and 1950s-era fedoras for the MIB. And there is another intriguing issue: very often the Men in Black wear thick, wraparound, black sunglasses. One has to wonder if this is done not just to provoke a menacing atmosphere, but to mask a pair of emotion-free, solid, black eyes. In that sense, and just perhaps, the Men in Black and the Black Eyed Children are one and the same: one in adult form and the other in child form, but both following the same secret agenda – whatever that may really be. So, where does that all leave us? Well, it admittedly leaves us with a lot of questions. But they are questions that a certain, acclaimed and dedicated researcher of the Black Eyed has done his very best to resolve. 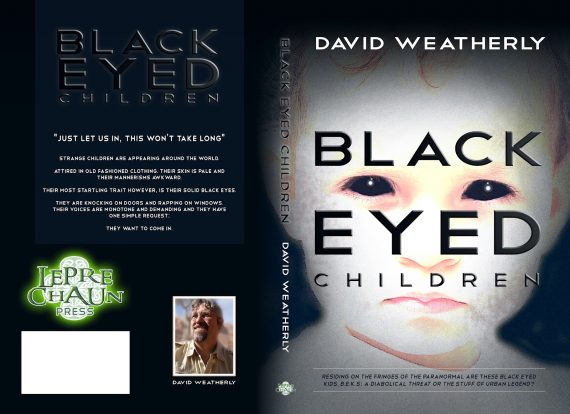 Undoubtedly the leading investigator in this field, and the author of the book, The Black Eyed Children, David Weatherly has collected and studied dozens of such cases, demonstrating the sheer scale of these weird and unsettling events. David’s work has addressed a variety of theories for the presence of the BECs: that they might be demonic in nature, or predatory spirits, or possibly even products of the human mind, given some semblance of physical life in the real world. We will leave the final words on this issue to David: “An even more sinister theory that has followers, postulates that the grays are actually attempting to take over our world by slowly breeding us out and phasing in beings with alien DNA. Over time the human race will fade away to be replaced by the ‘superior’ DNA of the gray aliens, adherents say”