The Cursed Treasure of Cahuenga Pass

Cutting through the dusty eastern part of the rugged Santa Monica Mountains in the Hollywood Hills district right there up against the sprawling mega city of Los Angeles, California, is a low mountain pass called the Cahuenga Pass, also sometimes called El Portozuelo (The Little Doorway), which connects the Los Angeles Basin to the San Fernando Valley. The lowest pass through the Santa Monica Mountains, the Cahuenga Pass has a rather colorful history, the site of several battles in the 1800s between settlers and the forces of the Mexican appointed governor’s men, and it is also the site of one of the most mysterious and fabled lost treasures of California history, which may also be cursed by dark forces and which supposedly lies right there by the major metropolis of Los Angeles.

The year of 1864 was a tumultuous time for the area, with fighting going on south of the border and much unrest between Californian settlers and the Mexican-appointed governors. Amid this volatile climate and simmering tensions, France had installed Archduke Maximilian of Austria and his wife, Carlota, as the emperor and empress of Mexico, which did not sit well at all with Benito Juarez, who was president of Mexico at the time, and in order to aide in his plans to forcefully challenge the monarchy rule and maintain democracy he sent four agents on their way to San Francisco to buy weapons to help his cause. They carried between them an estimated $200,000 dollars in gold, silver, and precious stones, and they travelled along what would come to be known as the Cahuenga Pass towards their destination.

The story goes that at some point during their journey one of the agents mysteriously died, raising suspicions that he had been assassinated by French spies, and when the bedraggled group finally reached San Francisco they found it heavily infiltrated by the French, to the point that they stayed away. The spooked agents supposedly decided to lay low in the hills of San Mateo, dividing the treasure into six portions and burying it all in different locations for safekeeping until the French threat could be assessed and dealt with. Satisfied that the treasure was safe, the agents went off to come up with some sort of plan, but what they didn’t know was that they had not been alone out in those badlands.

Unbeknownst to the Mexican agents, they had been observed from afar by a shepherd by the name of Diego Moreno, who moved in after they were gone to unearth the treasure to keep for himself and bring back to Mexico. The death that would follow this hoard of valuables began when the three agents returned to dig up the treasure they had sequestered away only to find it gone. The already very suspicious men blamed each other for stealing the treasure for themselves, as after all only they knew where they had hidden it. Things got heated and weapons were drawn, shots were fired, and only one of the agents would remain standing when the gun smoke cleared.

In the meantime, Moreno was bringing his haul closer to Mexico, stopping off at a tavern along the Cahuenga Pass near Los Angeles along the way. It was at around this time he was allegedly stopped from entering LA by a sinister and potent dream, in which he was warned that to bring the treasure to the city would mean certain death. This powerful premonition was apparently frightening enough that Moreno decided to hide the treasure under an ash tree and continue on into Los Angeles, planning to come back for it later. Not long after this, Moreno fell violently ill from a mysterious sickness and was tended to by a friend in Los Angeles named Jesus Martinez. It was all for not, as Moreno would succumb to his illness soon after, but not before confiding to Martinez the location of the treasure. 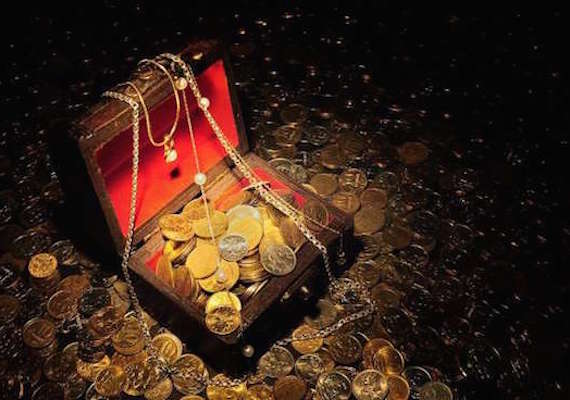 Intrigued, Martinez and his stepson, Jose Gumisindo Correa, decided to go looking for the treasure, not sure if it was even real or just the delusional ramblings of Moreno’s sickened, fevered mind. It is said that they did locate the tree, but that as they began to dig into the earth Martinez was struck by a heart attack and died there on the spot. This was enough to scare the very young Correa off, convincing him that perhaps the treasure was cursed and not meant to be found. He left it where it lay and returned to Los Angeles, not telling a single soul about the treasure or its secret location.

In 1885 some of the treasure was apparently found by accident when a Basque shepherd stumbled across one of the six buckskin sacks containing jewels and coins. He was supposedly satisfied enough with this fortunate find that he did not dig any further to find the other five bags, but it would turn out that he was actually not fortunate in any way at all. While on his way back to Spain with his hoard he had gone through great pains to sew it all within his clothing in order to keep anyone from stealing it, but unfortunately this did nothing to help him when he fell overboard as they came within sight of shore, and he quickly sank and drowned, taking the treasure with him.

The curse would continue in 1895, when the now fully grown Correa decided he wasn’t scared of curses anymore and went out to claim the stash, but before he could he would die in a shootout with his own brother-in-law on the night before he was set to embark on his journey, taking the secret of its location to his grave with him. In the meantime, the last of the Mexican agents who had originally buried the treasure before it was stolen was killed in a bar fight in Tombstone, Arizona. By now word was getting around that there was a treasure buried out there on Cahuenga Pass, and although no one really knew where it was except the dead Correa, there were nevertheless plenty of treasure hunters who were willing to try looking for it despite rumors of a curse. 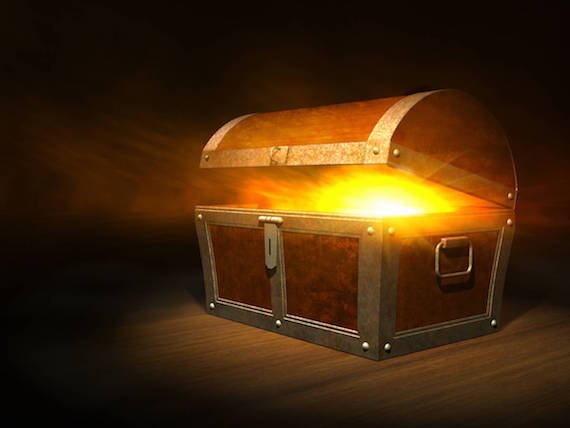 The most well-known search for the lost Cahuenga Pass treasure was launched in 1939, when a mining expert named Henry Jones teamed up with Walter Combes, a mechanic from Bakersfield, and his uncle, Ennis Combes, in order to hunt the stash down once and for all. Armed with sophisticated metal detecting equipment, the team would claim to have found it lying about 15 feet underground, with the only problem being that it was directly under a parking lot near the Hollywood Bowl. They would eventually get permission to dig the lot up in exchange for a percentage of the score, but as they got closer to their goal the Combes’ backed out of fear of the alleged curse, taking the fancy high-tech metal detector with them.

Undeterred, Jones continued on with some other partners, and the search culminated with them boring down into the earth as film crews and hundreds of curiosity seekers and newspaper reporters looked on. They dug down to the predicted 15 feet and found absolutely nothing, but they were convinced that something was definitely there, so they kept digging, and digging, and digging. This would go on for a full 24 days, until an impassable boulder blocked their progress and forced them to admit defeat. The embarrassment and disappointment at the whole thing would send Jones into a suicidal depression and he would kill himself not long after, another victim of the “curse.” There have been other attempts to find it all the way up into more modern times, and none of them have found so much as a single coin of it, leading the Cahuenga Pass treasure to take on an almost mythical quality. Was it ever cursed? Did it ever exist at all? Whatever the answer may be, the Cahuenga Treasure has turned into one of those most mysterious lost treasures in California history, and may be still out there waiting to be found.