The Strange Possession of Maria Talarico

Mysterious murders and deaths are nothing new. History is rife with them, and I have written of such things many times before. Yet some are more bizarre than others, merging the paranormal and unsolved crimes in interesting and often mind boggling ways. One such case is the ghost who managed to possess a young woman in order to solve his own murder, and it is every bit as strange as it sounds.

The day of February 13, 1936 brought with it a gruesome discovery under the Morandi bridge in the city of Catanzaro, Italy. There sprawled upon the rocky riverbed below was the shattered body of a local man named Giuseppe “Pepe” Veraldi. Considering the severe trauma that the body had received and its location, it seemed fairly obvious that the man had plummeted from the bridge above to his death. At the time there was no foul play suspected, and the authorities came to the conclusion that Veraldi had, for whatever reasons, chosen to end his own life on that bridge, leaping to his doom. The victim’s family challenged this official explanation, saying that he had not been suicidal and vehemently denying that he would have killed himself, crying murder, but police held their stance and that was pretty much the end of that, although the death spurred no end of gossip and rumors as it made the rounds in the news before fading away.

Three years after this death, in January of 1939, local teenager Maria Talarico was walking across the same bridge when she allegedly suddenly felt a compulsion to walk to the very spot from which Veraldi had leapt, before feeling very dizzy and lightheaded and finally losing consciousness to crumple to the ground. Concerned passerby tended to the passed out girl and had her brought home, where she slept for some time before things would get stranger still.

When she awoke in bed, she wasn’t her usual self, literally, as she began speaking in a low male voice and claimed that she was no longer Maria Talarico, but rather the dead man Veraldi, and not only that he also began to ask to see his mother and demanded to have cigarettes and wine. This was very much unlike Maria, who was always a pure girl who never drank or smoked, and her alarmed family actually went about calling in Veraldi’s mother, Catarina Veraldi, to come see what she thought about it all. When the mother arrived things she became convinced that this was the spirit of her dead son and he even demonstrated the ability to write in Veraldi’s handwriting.

Things took a turn for the stranger when “Pepe” became quite somber and proclaimed that he had indeed not committed suicide, but had been murdered in cold blood by a group of his own friends, beaten and thrown to his death from that bridge years before. The girl then supposedly ran out of the house all the way to the bridge and lay down at the exact spot where she had fainted to pass out again when Catarina implored him to stop tormenting the young girl. When she awoke, she did so as her old self, the spirit of Pepe gone and with no memory of what had just transpired. Everyone present was left baffled by what had just happened, but there was nothing to prove that Veraldi had been murdered, who these “friends” could have been, or whether Maria had really been possessed or was just delusional, although the man’s mother remained convinced that it had really been her son talking from beyond the grave and that he had been murdered as he had said.

The whole odd affair would be mostly forgotten until 9 years later, when Veraldi’s mother one day received a letter in the mail that would propel the case into the truly eerie. The latter was written by a friend of Giuseppe Veraldi’s called Luigi “Toto” Marchete, who had moved to Argentina shortly after Veraldi's mysterious death. What was even more unusual than receiving a letter from her dead son’s friend out of the blue was what the letter contained. In it Marchete claimed that guilt had gotten the better of him and laid out a full confession to killing Veraldi, telling a tale of falling into a jealous rage over a woman and killing him along with the help of three others, just as Maria had said in her trance. 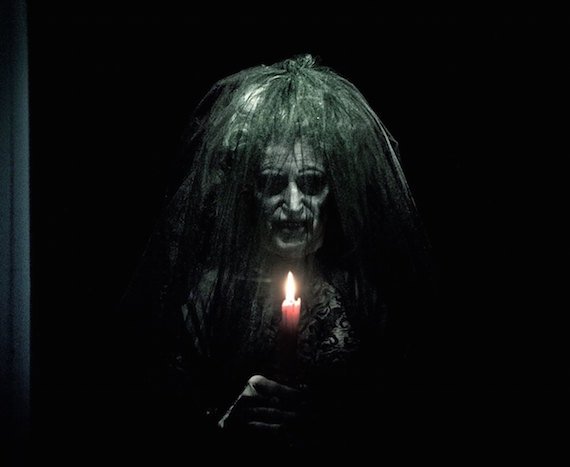 It turned out that Marchete had recently died, and that the letter had been left among his things with the expressed instructions to have it mailed to Catarina in the event of his death, as well as requesting that all of his money and belongings be bequeathed to her as reparation for his vicious crime. This mysterious confession was enough to get the case reopened, and police were able to round up and arrest the other culprits. All of the men would then be found guilty of the murder of Giuseppe Veraldi, and it remains a perplexing case of a murder essentially officially solved by the ghost of the victim. Maria allegedly then went out to live the rest of her days without further incident, the ghost perhaps satisfied and at rest now that his murder had been solved.

How did this young girl who hadn’t even known who Veraldi was come out with knowledge of his murder when it had been long accepted by the general populace as a suicide? How had she known the spot he had jumped from off that bridge? Was this all a lucky guess or a hoax of some sort? Was this some sort of clairvoyant premonition? Or did Veraldi’s spirit actually take momentary possession of this girl in order to make the dark secret known to the world, driven by potent vengeance? We may never know the answers to these questions, but we can be reasonably sure that this is a very strange case indeed.

Ghost Rockets Over the Bahamas: An Unusual Atlantic UFO Incident