On the matter of doppelgangers, Britannica.com states:  "Doppelgänger, (German: 'double goer'), in German folklore, a wraith or apparition of a living person, as distinguished from a ghost. The concept of the existence of a spirit double, an exact but usually invisible replica of every man, bird, or beast, is an ancient and widespread belief. To meet one’s double is a sign that one’s death is imminent. The doppelgänger became a popular symbol of horror literature, and the theme took on considerable complexity." Then, there's the following from Mythology.net: " Stories of doppelgangers date back to ancient myth and legend. The theme of an evil twin or haunting ghost replica have featured numerous times in literature and art, depicting an innate fascination with the concept, whether real or imaginary. The concept of a good and evil twin is noted as far back as the 5th century BC, in an ancient Iranian religion called Zoroastrianism. The two primal spirits were the sons of time and represented darkness and light."

All of which brings me to the matter of, as per the title of this article, the strange story of Brad Steiger's very own doppelgangers. It was a few years ago that Brad shared with me the extremely weird saga. He said: "After more than 50 years of research in the UFO and paranormal fields, I have come to the conclusion that many of the mysteries that bedevil us are products of a reflexive phenomenon.  This reflexive action does not usually occur in the more mundane pursuits of architecture, industry, mining, agriculture and the like, but once one begins actively to pursue Ufology or psychical research, one runs the risk of entering a surreal world in which the usual physical laws do not apply." 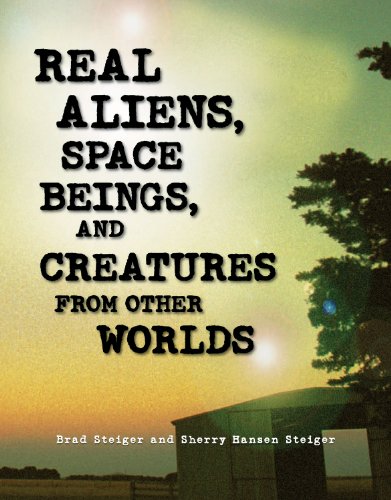 Surreal, indeed, as the following words from Brad made abundantly clear: "In the following cases I suspect a human agency was involved in a strange campaign that was conducted regarding Steiger imposters who spoke at various conferences around the United States. On occasions the imposters allegedly conducted themselves very well, thus making the whole enterprise of 'Counterfeit Steigers' a seemingly futile project. On other occasions, the imposter’s assignment was quite obviously to taint my reputation.

"On a unfortunate number of occasions, I received letters complaining of my outrageous and insulting behavior while speaking at a conference. There were claims that I had openly berated my audience, calling them stupid for accepting the very premise of UFOs. A close friend happened to arrive on the scene after one pseudo-Steiger had departed and tried his best to assure the sponsors of the event that the rowdy, disrespectful speaker could not have been the real Brad.  In his letter, my friend warned me that he had visited a number of lecture halls where the imposter had damned his audiences. 'Someone seems out to damage your reputation,' he advised. 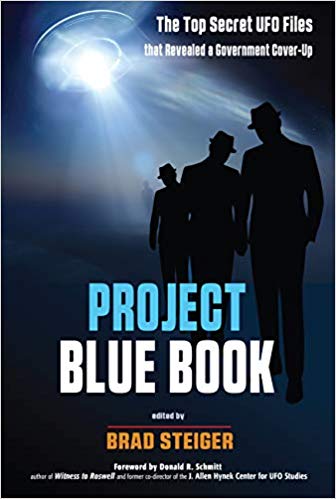 "In a most bizarre twist, dozens of men and women have approached me at various lectures and seminars, congratulating me about the manner in which I bested Dr. Carl Sagan in debate. The event allegedly occurred after a lecture when I happened to bump into the great scientist in a restaurant.  The eatery, according to the witnesses, was crowded with those who had attended the seminar, and they egged on a debate between myself and Dr. Sagan.  I mopped up the floor with him, countering his every argument against the reality of UFOs. The truth is that I never met Dr. Sagan, therefore, neither had I ever debated him. But from coast to coast, there are those who claim to have witnessed my triumphal bout.

"Even more individuals claim to have been in the audience when I delivered a rousing message from the Space Brothers in Seattle.  Regardless of how often I deny that I was not in Seattle at that time and have never channeled the Space Brothers, those who were at that event are puzzled why I would deny my eloquence."

Truly, a bizarre and sinister story.

The Strange Possession of Maria Talarico