This Haunted Jukebox Does More Than Play Scary Songs

Rod Serling’s “Night Gallery” doesn’t have the longtime following or marathon showings that “The Twilight Zone” has, but one particular episode continues to draw in a certain electronics hobbyist and jukebox collector who noticed that a haunted player in it bears an eerie resemblance to one he himself has restored … a real jukebox with spooky quirks like the fictional one. Welcome to the "Night Gallery" world of Richard Loban and his haunted 1954 Seeburg Model HF100R jukebox

"I don't necessarily believe in that sort of thing. But other people do. I have a buddy who says he has heard of such things — things that are weird but that never turn out to be supernatural."

Richard Loban told the Springfield News-Leader recently that he’s seen a lot of strange things happen when he’s turned on the vintage radios, cars, refrigerators and phonographs he restores, and just about all of them can be explained by short circuits, faulty wiring, old tubes, malfunctioning equipment and the like. He expected that to be the case with the old jukebox he acquired last year from its previous owner in Rhode Island. And, after replacing a missing stripper plate, it worked well enough to load up with his collection of old 45s (ask your grandpa what those are), press some buttons and listen to some of his old favorites, like “If You Leave Me Tonight I Will Cry" by Jerry Wallace in slot G-5. 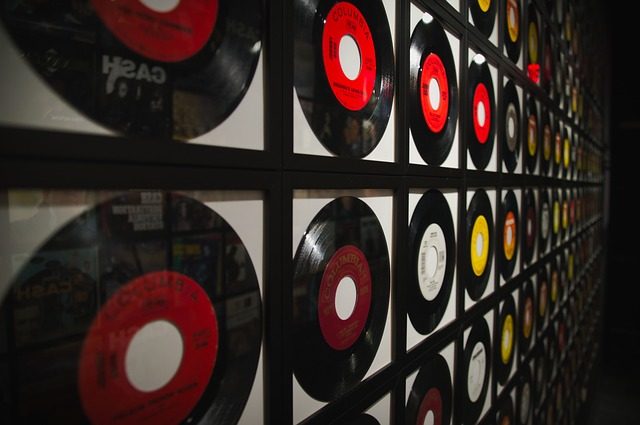 "I have not come up with an explanation. I will not sell the box because it is not operating correctly. It's not going anywhere."

Loban says the machine occasionally turned on by itself and played G-5’s “If You Leave Me Tonight I Will Cry." After suspect components were replaced, the problem continued. Although two other songs popped in occasionally, the machine’s spooky favorite was the song in G-5.

Then things got really weird.

The previous owner told Loban that the jukebox may have been used in a TV show. No, not “Happy Days.” Loban discovered that a Night Gallery vignette called "The Tune in Dan's Cafe" centered around a jukebox that played one song over and over, not matter which button was pushed. He watched and sure enough, there was a jukebox that looked exactly like his. (See for yourself here.)

Then things got REALLY weird. 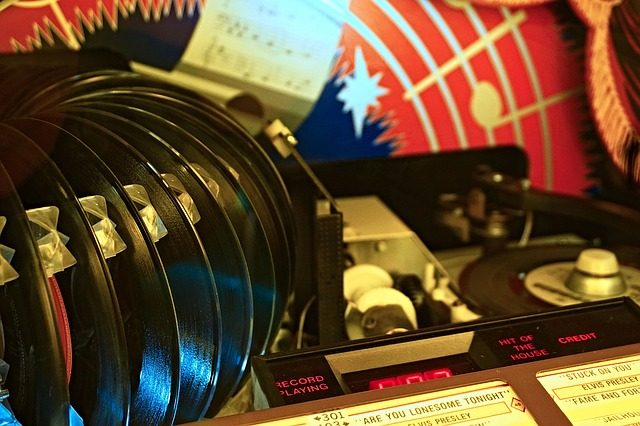 Then things got … let’s let Loban describe it.

"I was floored when I saw that. I got shivers."

He watched the Pernell Roberts character push the button of the song he wanted but the jukebox refused to play. The button was G-5 -- the same slot where Loban had placed his own copy of  "If You Leave Me Tonight I Will Cry" ... the song that plays when his jukebox starts up by itself.

Don’t make him an offer. Loban says he plans to continue his research to determine if he owns the jukebox that played a haunted one on Night Gallery … no matter what it might do to try to scare him from finding out.

Rod Serling would be so proud.