“The first heart transplant, hand transplant, facial transplant: all were met with serious reservations. There are also regulatory concerns. China does not have the same ethical standards and requirements that the United States and Europe have.”

Any guesses where this story originates from? The South China Morning Post reports that this observation by Howard University biomedical ethicist Assya Pascalev is true with the news that the world’s two top head transplant doctors working in China have fully repaired severed spinal cords in animals and are looking for a suitable head and headless body to connect. Have they found the missing ‘link’ to connect two complex bundles of nerve endings in humans? Will it happen soon in China as they predict? Is either one named Frankenstein?

“Our study shows that a membrane sealant/fiber fusogen polyethylene glycol (PEG) applied immediately on a sharp section of the spinal cord can mend the cord and lead to exceptional levels of motor recovery, with some animals almost normal.”

“We show that dogs whose dorsal cord has been fully transected recover locomotion after immediate treatment with a fusogen (PEG). No pain syndrome ensued over the long term.”

“This study proves that a form of irreversible spinal cord injury (SCI) can effectively be treated and points out a way to treat SCI patients.”

In two new papers published in Surgical Neurology International, Xiaoping Ren of China and Turin’s Sergio Canavero, the world's most well-known and most controversial proponent and experimenter of head transplants, revealed that they have successfully tested their unique glue (membrane sealant/fiber fusogen polyethylene glycol) on the “fully transected” (completely severed) spinal cords of monkeys and dogs and the animals were able to walk again without long-term pain. The tests were done at China’s Harbin Medical University, which is known for pushing both the medical and ethical envelopes.

“(Neurological surgeons have) stuck to the view that a severed spinal cord cannot be mended in any way, a mantra uncritically repeated over and over.”

Sergio Canavero believes he and Xiaoping Ren have proven the rest of the neurological world wrong by allegedly reconnecting fully severed spinal cords in monkeys and dogs – animals with complex spinal cords. Is this enough to connect the dots associated with connecting a human head to a human body? This latest test appears to have joined the heads to their original bodies and fairly quickly after they were separated – still a complex task but nowhere near as challenging as attaching a human head to someone else’s body. 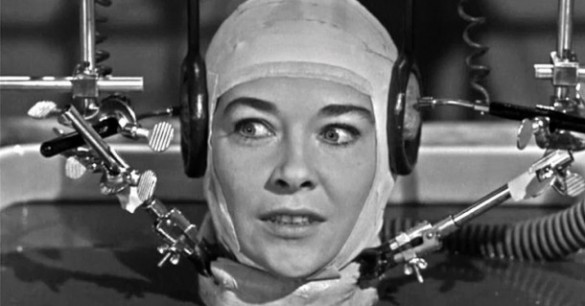 “This study shows that a membrane sealant/fiber fusogen (PEG) applied immediately on a sharp section of the spinal cord can re-establish anatomical continuity (and lead to behavioral recovery).”

Canavero and Ren tout the benefits of their PEG glue for repairing spinal cords but point out that the severing must be sharp for the fusing to be successful, which eliminated the most common spinal cord cuts caused by accidents. It still seems far too early to abandon perfecting that obviously needed process and skipping way ahead to putting the head of someone with a failing body on the healthy body of someone who had no brain activity. Their previous volunteer on the head side backed out after his wife gave birth to a child conceived from his sperm.

Is this technique ready for human head transplant trials?

The Amazing Tale of the Night Witches of WWII