UFOs come in many forms, but one of the most commonly reported objects is the ubiquitous triangular black aircraft. For decades, numerous witnesses throughout the world have reported seeing such aircraft, leading to speculation that at least one of the world’s air forces could possess or be testing such a craft.

That speculation gained a few degrees of legitimacy in 2017 when a patent dated from 2004 turned up online which appeared to show a design for  black triangular craft similar to those reported in so many UFO sightings. That patent was reportedly filed by a man named John Quincy St. Clair, a shadowy figure who pops up time and time again in these types of aerospace technology patent stories. Is he a real person? Why is this mysterious patent in his name?

Those questions remain unanswered, but this week several somewhat dubious outlets like Sputnik News have reported the discovery of another patent for a strange triangular aircraft, this time one that uses an “internal mass reduction device” capable of incredible feats of propulsion. The patent claims the inventor of this craft is Salvatore Cezar Pais, a name which also pops up in many odd and futuristic military patents. The assignee of patent number US10144532B2 is the US Secretary of Navy, who filed the application in April 2016.

The patent describes an “unconventional spacecraft propulsion system” which uses resonant cavities and microwave emitters that “create high frequency electromagnetic waves throughout the resonant cavity to vibrate in an accelerated mode and create a local polarized vacuum outside the outer resonant cavity wall.” The whole thing sounds quite similar to the rumored EM drive propulsion system which caused a stir a few years back.

The patent contains some fascinating statements about the significance of this system, through which “extreme speeds can be achieved.” According to the patent, reducing the internal mass of the craft would mean it’s possible to reduce its inertia, or resistance to motion. Doing so would allow the craft a level of maneuverability and speed not seen in conventional aircraft, potentially revolutionizing aerospace engineering as we know it:

If we can engineer the structure of the local quantum vacuum state, we can engineer the fabric of our reality at the most fundamental level (thus affecting a physical system's inertial and gravitational properties). This realization would greatly advance the fields of aerospace propulsion and power generation.

The description of the craft and its hypothetical abilities should sound eerily familiar to anyone who follows anomalous aerial phenomena. The patent appears to be legitimate, but that doesn’t necessarily mean such a craft has been built yet - or is even capable of being built based on our current technology. 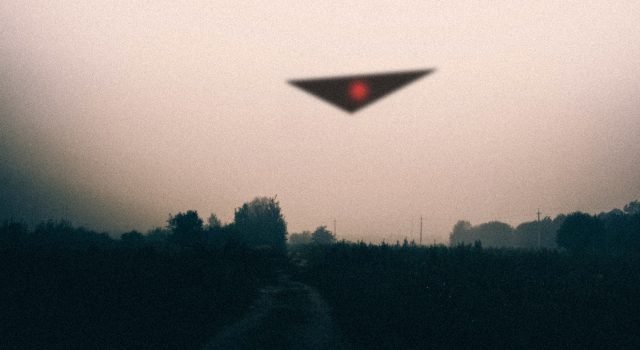 One of the largest UFO developments in recent years has been the release of footage allegedly captured by US Air Force aircraft as they attempted to intercept incredibly agile, otherworldly aircraft flying off the coast of California. Could all of these ‘disclosures’ of UFO encounters be proof that someone is already flying next-generation aircraft far more advanced than any conventional jet fighter, or does this patent merely show that US Navy engineers want to stay ahead of the technological curve and prevent others from using their own hypothetical designs if such technologies are ever realized?