It was described as a “half man, half beast.” The year was 1871, and in the county of Berks, Pennsylvania, whatever it was had been on the loose for weeks, keeping locals awake at night with its animalistic screams.

Reports of the creature made it into newspapers in the region, first going to print in the Reading Eagle, and eventually even appearing in the New York Times.

“About two weeks ago a man presenting the appearance of a huge overgrown bear made his appearance on the Welsh mountain, directly opposite the village of Morgantown, and made the night hideous with his beast-like howling.”

The descriptions were sensational, to say the least. “The hair on his head hangs down his back,” one description reads, describing his face as being “very nearly covered with long, bushy hair, giving him the appearance of a gorilla more than a human being.” Locals were reportedly so frightened by the appearance of Berk’s County’s “Thing” that entire groups of men armed with guns, clubs, and other weapons went in search of the nighttime prowler. “The men were deployed in squads,” one report read, “and at times the yells from their half man and half beast were so close to them that they thought it utterly impossible for him to escape.” 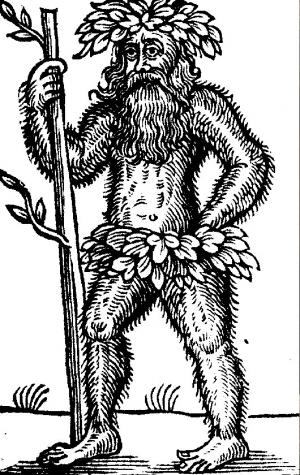 Though escape the fiend certainly did, time and time again. With each of its evasions, Pennsylvanians grew more concerned by its presence in the region, of which they were constantly reminded; each night, “the same doleful howlings re-echoed through the valley bordering the mountain.”

“Dogs howl and cry as soon as night approaches,” the report reads, describing how the beast was occasionally seen “on his hands and feet, moving along with the fleetness of a wild tiger.” Another account refers to the creature harassing horses and cattle, which ran and refused to eat “as if some demon was after them.”

At its most sensational, parts of the story would fit in well alongside scenes from 1970s drive-in theatre double-features, the likes of The Creature From Black Lake and The Legend of Boggy Creek. And of course, at a glance it sounds very much like this 1870s account is relating an encounter with Sasquatch.

However, as is often the case, there is more to the story.

“A few days since he was seen in a field back of the village, and a number of citizens started in pursuit and overtook him,” The New York Times reported on July 30, 1871, of the alleged “half man, half beast.” As it turns out, the culprit was far more man than beast; he was taken to the nearby hotel of a Mr. D.K. Plank, where he was later interrogated, and reportedly identified himself as one Thomas Foley, an Irishman who had been roaming the forests for nearly two years.

“When caught he was very nearly in a nude state, having but a few rags hanging to his body,” it was reported. The locals reportedly gave him better clothing, but upon his release he “immediately started for the mountains, tearing his clothes in strips as he moved along,” reverting back to his more wild and primitive state. 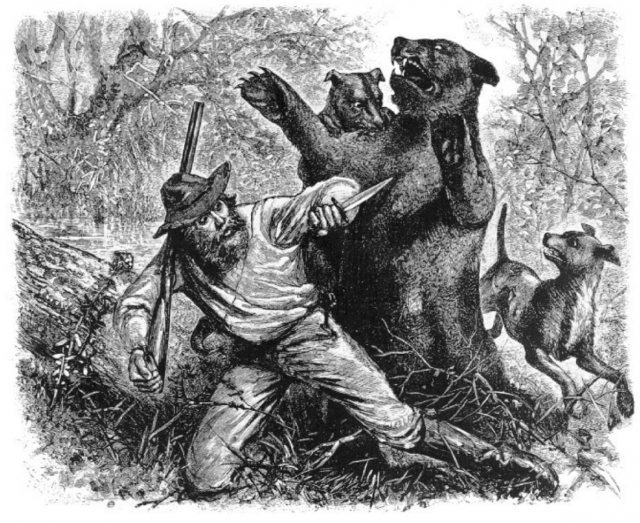 Sensational accounts of “wild men” like this were rife in the 19th century, though not all of them are quite so clear in whether the subject was to be taken for being human. An October 17, 1869 report out of Vermont tells of a pair of men who had been hunting south of Williamstown encountered a creature “about five feet high, resembling a man in form and movement, but covered all over with bright red hair, and having a long straggling beard, and with very wild eyes.”

“When first seen, the creature sprang from behind a rocky cliff, and started for the woods nearby, when, mistaking it for a bear or other wild animal, one of the men fired,” the account reads. Believing it to have been wounded, the creature then came at the men, who reportedly “lost their guns and ammunition in the fight,” and “dared not return for fear of encountering the strange being.”

This story is even more incredible than the “wild man” of Pennsylvania from the earlier report, although there was an interesting addendum to it. Following the account given by the two young hunters, it was reported that years prior to the incident, a “strange animal” had been seen in the vicinity of Vermont’s Green Mountain range, which was manlike in appearance “but so wild that no one could approach it near enough to tell what it was, or where it dwelt.” People in the old days reportedly sent hunting parties out “in search of the creature.”

If we were to suppose for a moment that such nineteenth-century “oddities” were relating true events, it thereby leaves us with the task of interpretation. Obviously, the first story tells of a man from Ireland who chose to live a feral life in the wilderness; it could still have simply been a wild yarn that made it into print, but it at least has plausible threads. However, the second case tells of what appeared to be a man but was described as “covered all over with bright red hair,” despite possessing otherwise manlike features in terms of size and shape. Obviously, this sounds somewhat more like the modern conception of Sasquatch or Bigfoot, albeit much smaller.

What are we to make of reports like this? Do such stories indicate that there actually were more people that chose to live under feral conditions (or as we might say today, “off the grid”) in the years following the American Civil War? Alternatively, could they simply be tall tales, the likes of which were often prevalent in newspapers during this period? This seems a very likely possibility, but if so, what does it say about the mindset of people in that era, and the interest in people who had taken back to living in the natural state? 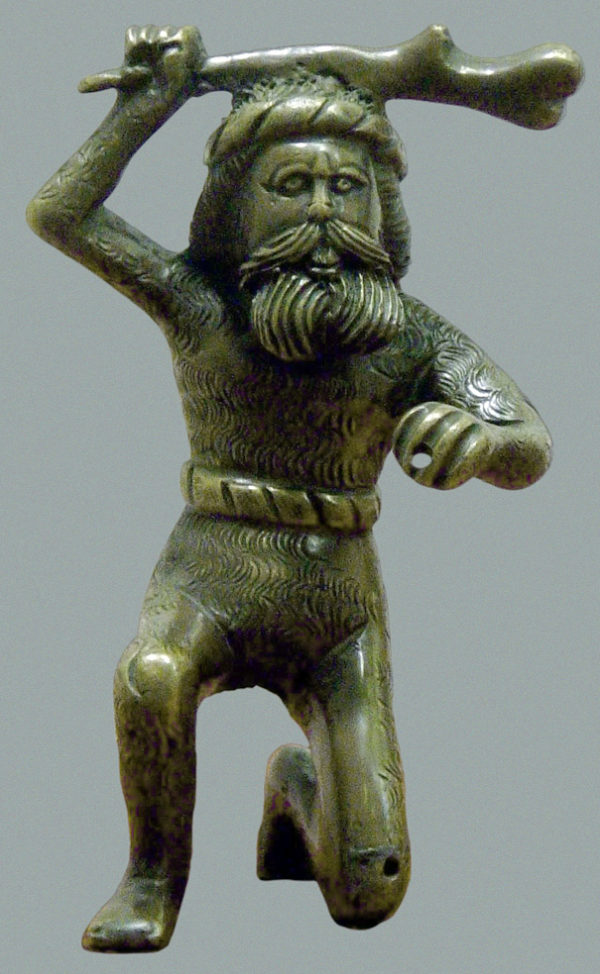 It should further be noted (and despite arguments to the contrary in various scholarly publications, as I’ll address in a moment) that plenty of descriptions exist from the nineteenth century and early twentieth centuries which detail bipedal, ape or gorilla-like creatures in North America. Often, one will see the erroneous argument being made that there had been no explicit descriptions of Bigfoot as an apelike creature prior to the late 1950s, after a Canadian hunter named William Roe when “Bigfoot” began to make a big splash in newspapers, largely resulting from the antics of Ray Wallace and pranks he had been undertaking in Bluff Creek, California.

In truth, stories of gorilla-like “mountain devils” began to appear in newspapers at least as early as the 1920s, most notably following the alleged attack of a group of miners at Ape Canyon in 1924. However, prior to this, newspapers seemed to show a preference for feral—but very human—wild men instead.

Whatever the possible connection between some of these early reports, and our modern concept of Sasquatch, what can’t be denied is that America—and its newspapers—seems to have a rich tradition of stories about “wild men” that appear to blur the lines between man and beast… and that in itself is both fun, and fascinating.

Peruvian Flower Remembers Experiences With Pollinators and Tries to Repeat Them