Most ghost stories don’t begin well – a poor human suffers an untimely and often unpleasant death. Most ghost stories don’t end well either – one or more living humans are haunted, tormented or worse by the ghost. That appeared to be the case with one Emily Sparks of the village of Writtle in Chelmsford, Essex, England. An experienced psychic, she was not concerned when she moved into her flat in 2011 – a flat with a ghost-inducing past. However, the powers of this ghost were far strong than anything she’d been exposed to before, and she would eventually need the help of a psychic rescue squad. A what?

“In my flat, a lady tragically passed away in my bathroom and wasn't found for several days. Two previous tenants before me moved out within a short time, without a true explanation as to why they wanted to move to another facility." 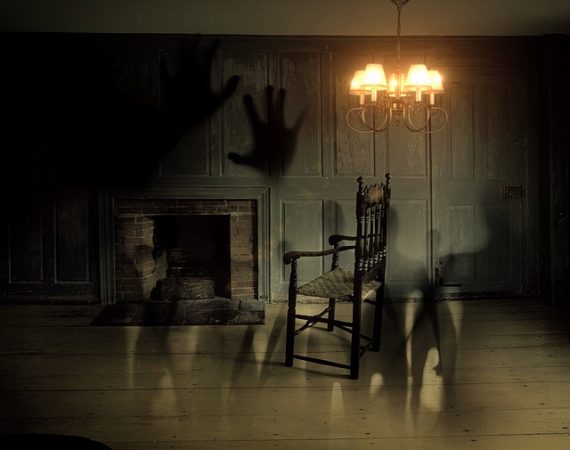 The 84-year-old Emily told EssexLive she dealt with the usual doors opening and closing and televisions turning on and off until June 2013, when a spirit wearing “a mustard cardigan with a tweed skirt” appeared and eventually began to attack her physically. After her own efforts to deal with the ghost failed, an exorcist came in and claimed to have removed it.

"She fooled us all. The attacks on my head continued, she would clout my right ear when I slept which caused me severe earache.”

This ghostly physical abuse worsened, as did the mental and financial abuse – the toilet flushed on its own for hours at a time – until February when Emily moved out of the flat and into a hotel. While many doubted her story, her neighbor also saw the ghost and her doctor was concerned because Emily was healthy in all other respects.

That’s when a friend told her about the services offered by a local psychic rescue squad.

Have you experienced any of the following:

Things being moved with no apparent cause?
Light switches and other electrical equipment being turned on and off?
Seeing someone crossing the room and disappearing through the door or wall?
A child talking and playing with a non-existent playmate?
Feeling that someone is watching you?
Hairs on the back of your neck standing out?
A sudden coldness surrounding you?
People suddenly being physically harmed?
Voices telling you to do things you would not normally do?
Suddenly feeling afraid for no reason?
Unpleasant out of character thoughts coming into your mind?

If you can say ‘Yes’ to any of the above you do need the professional help from the team at Psychic Rescue, for such disturbances do not go away of their own accord.

Located in Colchester, Essex, Psychic Rescue is run by Ray Taylor, the Chairman and founder of the Glade Foundation, a “spiritual teaching/healing Institute that is open to all, irrespective of a person’s faith or religious beliefs.” All of his rescue psychics, mediums and healers are trained at the Glade Foundation. Based on his phone conversation with Emily, Taylor recommended a remote ‘clearance’.

“We do not carry out incantations or rituals. No. In fact nothing dramatic at all takes place. A cleansing can sometimes be a peaceful and moving experience. It is carried out by our members who are able to see and talk to the spirit or spirits causing the disturbance and, usually, all that is required is persuasion.”

The Psychic Rescue website has a list of satisfied customers. Will Emily give them a positive recommendation?

"I prayed for a miracle and at 5pm he rang me and said "It's over for you now, she is now where she should be." A group of 'enlightened minds' came together and were able to collectively connect to the spirit's mind and this is the method they used was successful in taking her back to the other side of life.” 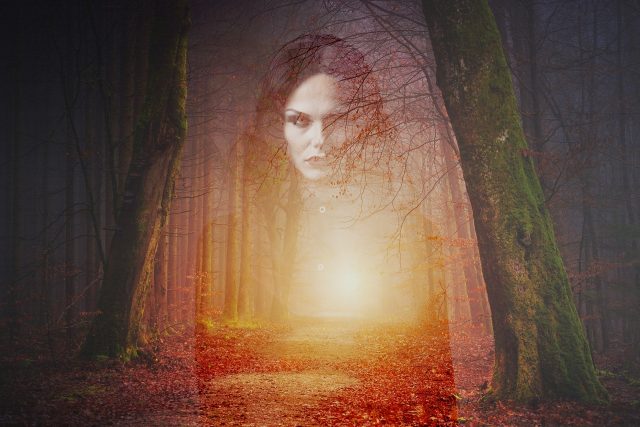 Was Emily’s psychic rescue covered by insurance? That’s a silly question … this is England. Actually, there doesn’t appear to be any cost whatsoever for the services. The Glade Foundation is a registered charity and the only mention of money is a “donations” tab on the website’s contact page.

The Psychic Rescue Squad sounds like a group of good and gifted people offering a way to solve ghost problems and heal those suffering from them without the usual equipment, drama or exorcismic trauma.

Have they flushed out Emily’s flushing ghost? She may want to hold on to that phone number.

Cattle Mutilations: How the FBI Got Involved