In the early 2000s, several Spanish scientists became interested in relatively unknown and mysterious meteorological phenomena known as megacryometeors after huge chunks of ice, some weighing up to 6 pounds (2.7 kg), fell repeatedly from cloudless skies over Spain. While a few peer-reviewed studies were published following these incidents (see here and here), little remains known about these anomalous ice conglomerations.

Ice falling from passing aircraft is often cited as the most likely explanation for megacryometeors, as ice can form on aircraft at high altitudes and melt as aircraft descend. However, numerous incidences of megacryometeors have been cited far from flight paths, not to mention the fact that accounts of the phenomena pre-date the invention of aviation.

The latest report of an anomalous ball of ice falling from the sky occurred in Arizona on April 27 as a 10-pound chunk of ice crashed through a woman’s house in Havasu, Arizona. Unlucky homeowner Sandy Ford said the megacryometeor crashed through her roof and destroyed her garage ceiling before exploding on the ground. The ice was clear, as opposed to the blue ice that is typically used in airline septic systems. According to Ford, the noise of the ice exploding in garage was so loud that neighbors called emergency services:

It sounded like a sonic boom in my garage. My neighbor heard the sound and came over, then someone from the fire department showed up. When I went out, I was expecting to see that my hot water heater exploded … it was a chunk of ice that fell through the tile roof, through the ceiling and all the way to the ground.

In 2018, a megacryometeor was caught on camera as it exploded on a London street just feet away from a street cleaner. Just last month, a huge chunk of ice shattered a Colorado woman’s windshield as she drive along a busy highway. When will one of these incidents turn deadly? 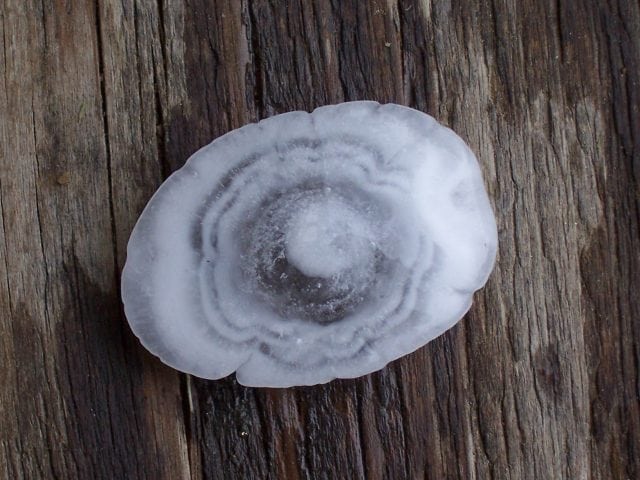 For now, megacryometeors remain an enigma. Could these phenomena merely be signs that aviation and human population growth are contributing to increased incidents of ice falling from aircraft onto populated areas? Then what to make of similar reports that are nowhere near flight paths? Aircraft could be to blame, but that would mean that - gasp! - there are undisclosed aircraft buzzing around places they shouldn’t be. That couldn’t be, could it?

But that leaves out what to make of reports that pre-date aircraft. Could these megacryometeors simply be some kind of super-sized hailstone created under a very specific set of atmospheric conditions? That begs the question: could they become more common as climate patterns change? That’s a scary thought.

Hospital in Malaysia Closed Because of Ghosts