Apollo 10 ‘Snoopy’ Lunar Lander May Have Been Found

Before there was Apollo 11 and its historic first steps by a human on the Moon, there was Apollo 10 – when a crew and NASA support team obsessed with the Peanut cartoon strip sent a command module named Charlie Brown and a lunar module named Snoopy. While Charlie Brown carried the three crew members back safely to Earth, Snoopy was left behind in space and has become a treasure for astronomers both pro and amateur to search for. That hunt is over as Snoopy has been found in, still in orbit – not around the Moon but the Sun. These astronomers think NASA, or perhaps Elon Musk, should mount a mission to bring Snoopy home. They face objections from those who believe it would cost too much … and those who don’t believe Apollo 10 or any of the Apollo missions actually occurred.

"We don’t have any idea where he went. He just went boom and it disappeared right into the Sun.”

Eighty-eight-year-old Thomas Stafford is the last surviving member of the Apollo 10 crew and thought he’d never see Snoopy again after descending in it (with Eugene Cernan) to 15,000 meters above the surface, then jettisoning the descent module and returning to the command module, where they jettisoned Snoopy before heading home. The LM is only 4 meters wide and the only thing known about it was when and where it was jettisoned into a heliocentric orbit, but that was enough for British astronomer Nick Howes, who eight years ago began teaming up with with flight controllers, space dynamics experts and astronauts from the Apollo program to search for it.

“It was a strange anomalous object in approximately the right orbit and exactly the right size. The radar data was completely whack, as one astronomer put it. It was like nothing we’ve ever seen. We’re 99 percent convinced we’ve got it.” 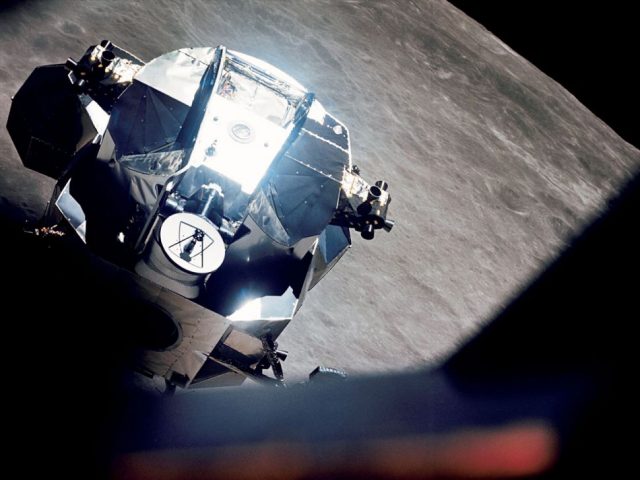 Unfortunately, “strange anomalous object” is the best description Howes can give of what he and many others strongly believe is Snoopy. He, along with many space experts, space historians, former astronauts and others, believe that a mission should be sent to confirm the identification and bring Snoopy back.

“To recover one lunar module that is intact would be, I feel, quite special. The quality of engineering that went in to the Apollo program would probably mean that if power was restored you may even be able to fire up some of the systems. What I’m hoping is someone like Elon Musk can develop something and capture it and bring it back down.”

Would that convince doubters that the Apollo missions actually were real and not an elaborate hoax staged at some secret location – a large group of people whose number continues to grow?

"The thing that concerns me more and more about this is, as time passes and the Apollo landings are farther into the past and fewer people remember them, it might be easier to embrace these kinds of ideas."

In a recent NASA presentation, Roger Launius, a former senior official at the Smithsonian Institution’s National Air and Space Museum and author of the new book, “Apollo's Legacy: Perspectives on the Moon Landings,” expressed concern that 5% of Americans believe the Apollo moon landings were faked and that percentage is growing fast. Launius blames this on a number of factors: Americans are getting dumber, Americans don’t trust their government agencies, Americans love conspiracy theories and Americans love profiting from the nativity of other Americans. He offers one way to try and convince these skeptics that there was no Apollo hoax: point out that our Cold War enemies and space race competitors, the Soviet Union, have never doubted the Moon landings. 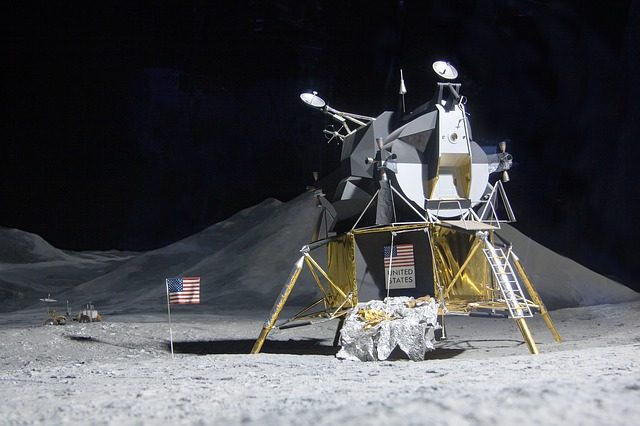 "They had both the capability and the desire to disprove this, if it was true — you know, if we hadn't landed on the moon but were faking it. And they never said a word. That's a pretty strong element to me."

Well, until recently at least. Dmitry Rogozin, the Director General of Roscosmos, has stated that one part of his space agency’s next moon mission will be to “verify whether they’ve been there or not.”

Will finding the Apollo 10 Snoopy module convince lunar landing doubters? When given the choice between believing “me or your lying eyes,” conspiracy theorists seem to continue to side with the conspiracists.

More on the Matter of Supernatural Monsters & Creatures