A Cosmic Explosion May Have Forced Ancient Humans Into Walking Upright

Anyone who has spent any time surfing the Internet has at one time or another seen a picture (cute or otherwise) of a meerkat suddenly standing up when it hears something. There was a time in history when this was not the case and some brave or confused meerkat probably accidentally discovered the maneuver and its benefits. Most people assume the same thing happened with the first ancient human who carefully leaned against a tree or cave wall and fell forward while moving his or her legs in order to stay upright. According to a new study, this assumption is wrong. A new paper uses geology to propose that there was a supernova bombing Earth with cosmic energy a few million years ago that caused constant worldwide lightning strikes which burned down the forests of trees out ancestors were hanging out in and forced them to the grassy ground where they learned how to stand and run from the fires and lightning. Plausible? Could this have caused the first upright meerkat brigade too? 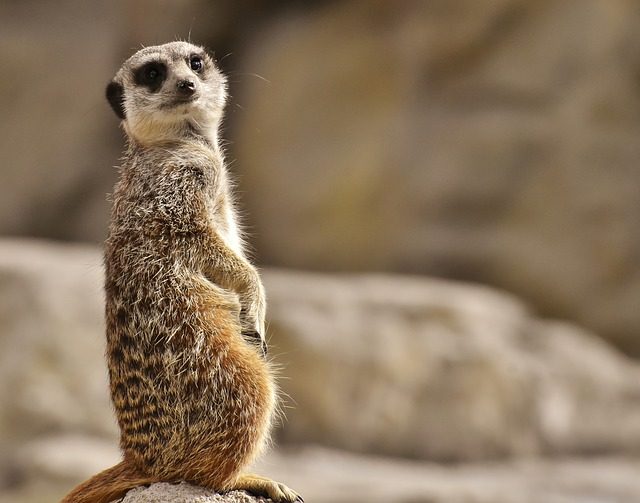 "The observation is that there's a lot more charcoal and soot in the world starting a few million years ago. It's all over the place, and nobody has any explanation for why it would have happened all over the world in different climate zones. This could be an explanation.”

Professor Adrian L. Melott of the Department of Physics and Astronomy at the University of Kansas co-authored the paper, “From Cosmic Explosions to Terrestrial Fires?” published this week in the Journal of Geology. He explains in a press release how he and co-author Brian Thomas of the Department of Physics and Astronomy at Washburn University in Kansas built their theory on some known facts. For example, it is accepted that a layer of iron-60 deposits lining the world's sea beds came from a very near supernovae explosion only about 163 light years away during the overlap of the Pliocene Epoch and Ice Age. That roughly coincides with the appearance of Lucy, owner of the earliest bipedal hominin species (Australopithecus afarensis) fossils ever found. Why is the iron-60 significant?

“We contend it would increase the ionization of the lower atmosphere by 50-fold. Usually, you don't get lower-atmosphere ionization because cosmic rays don't penetrate that far, but the more energetic ones from supernovae come right down to the surface -- so there would be a lot of electrons being knocked out of the atmosphere." 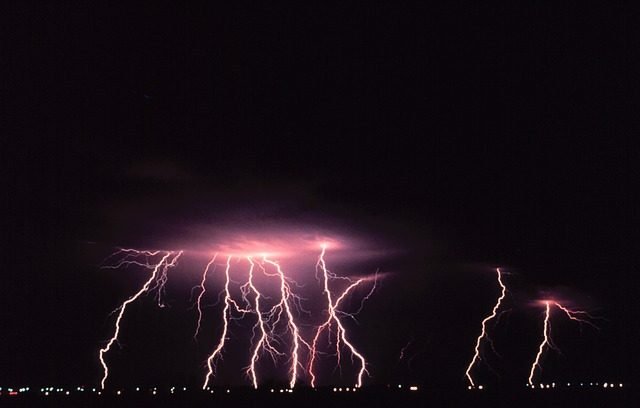 Electrons in motion is the cause of lightning bolts, but this 50-fold increase means there were a LOT of lightning bolts as a result of this atmospheric ionization and they were striking all around the world, resulting in massive fires that forced Lucy and her relatives to jump/climb/fall to the ground. Lucy died from the fall but we’re living proof that some of her kin didn’t and they eventually got tired of bloody knees and palms. 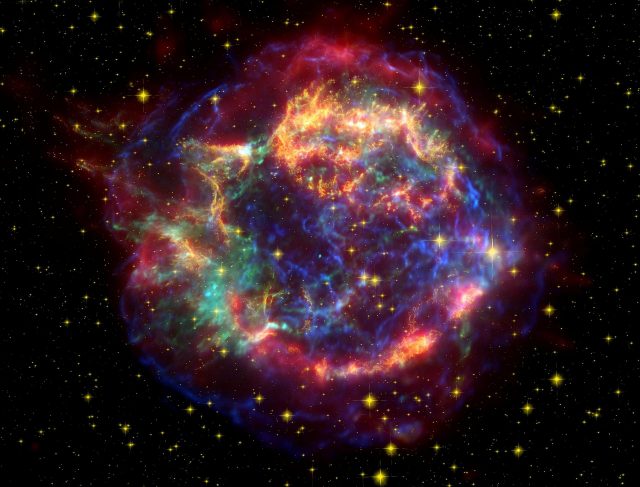 This definitely sounds plausible. Unfortunately, it causes modern humans to wonder if this catastrophic supernova-caused cosmic bombardment could happen again … perhaps from Betelgeuse, which is only 652 light years from Earth. Fortunately, Melott says that’s not likely. Unfortunately, he thinks we have bigger things to be concerned with.

“Worry about solar proton events. That's the danger for us with our technology -- a solar flare that knocks out electrical power. Just imagine months without electricity."

Maybe we should learn how to climb trees again?

The Terror That is the Tall Man Spirit