The Devil’s Stone Inn that’s located in the village of Shebbear isn’t just haunted; it’s also in close proximity to a highly feared object – the Devil’s Stone. The former 17th century farmhouse, which also contains a bar, is said to be one of the most haunted pubs in all of England. And now anyone can own it as it’s currently up for sale.

What’s even more frightening than the fact that it’s said to be the home of several ghosts, is that the Devil’s Stone is located across the street from the inn. Outside of the village church there is a huge stone that measures 6 feet by 4 feet and weighs approximately a ton. Legend has it that the stone fell out of the Devil’s pocket when he fell from Heaven and descended into Hell. The Inn is said to be attached to the church by a hidden underground tunnel. 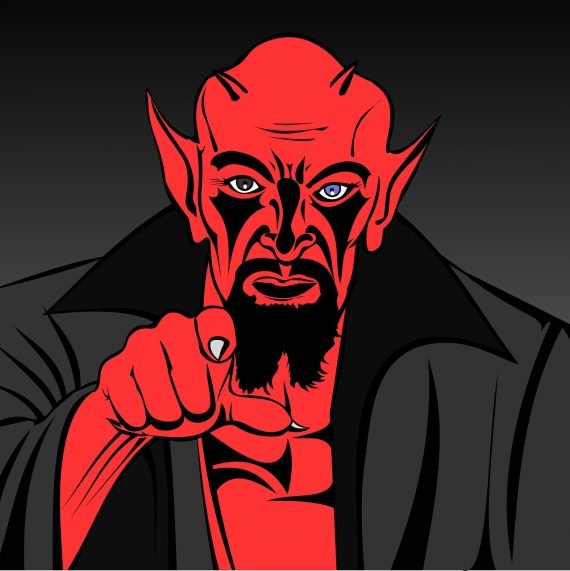 Locals take the legend very seriously, as each year on November 5th, they have a tradition where the church bell ringers turn the stone so that the Devil stays away and nothing bad happens to the village during the following year. While it’s unclear when exactly the tradition began, the legend dictates that the stone wasn’t turned one time during WWI and that the village suffered great misfortune.

As for the paranormal activity that’s said to happen at the Inn, staff members have reported taps turning on by themselves, windows suddenly opening, unmade beds when nobody was in the rooms, and pictures landing on the floor. Loud footsteps, a young girl giggling, and unexplained knocking on doors can also be heard throughout the building. Room 8 is said to be the most haunted area in the Inn as guests have complained that something (or someone) unseen removed their bed sheets and the pictures on the walls were often moved at some point during the night.

People can occasionally smell smoke which could be a residual haunting from when cottages that were once located on that property caught on fire. Room 4 was where an RAF pilot died and his ghost is often spotted at the bar.

The asking price for the Devil’s Stone Inn is £450,000 (just over $587,000 in American funds) and it includes a bar, games room, function room, eight letting bedrooms, and owner’s accommodations.

This could be a nice purchase for anyone who isn’t afraid of a few ghosts – or the fact that a stone belonging to the Devil is only a few feet away.