A Mysterious Cult of Vampires in Zimbabwe

Throughout history there have been stories of vampires and vampire killers, lurking in the shadows and striking out to slaughter and feast on blood. This has been seen all across the world, and one place where vampires are considered to be very real is the African nation of Zimbabwe. This is still a place permeated in superstition, prowled by spirits and monsters that terrify the populace, and it is here where there is said to be a sinister coven of vampires that hide beyond the periphery of our understanding and lash out to claim their fill of blood.

One very grim series of vampire killings within Zimbabwe in recent years occurred in 2015, when various regions of the country were terrorized by a mysterious figure that came in the night to rape, kill, and drink the blood from unsuspecting women walking alone in the dark. The culprit was eventually tracked down and found to be 26-year-old Alois Tapiwa Nduna, who quickly upon his arrest proclaimed that he was a vampire and Satanist, and he horrified police when he vomited up blood in custody and began licking it up off of the floor. Under questioning, Nduna freely admitted to having joined a Satanic vampire cult while living in Zambia, and calmly detailed how he had strangled at least 13 women and drunk their blood, although he was only officially charged with the death of 37-year-old milk vendor Ruth Ndlovu in the town of Mvuma. Nduna would describe his attack on one of the the women: 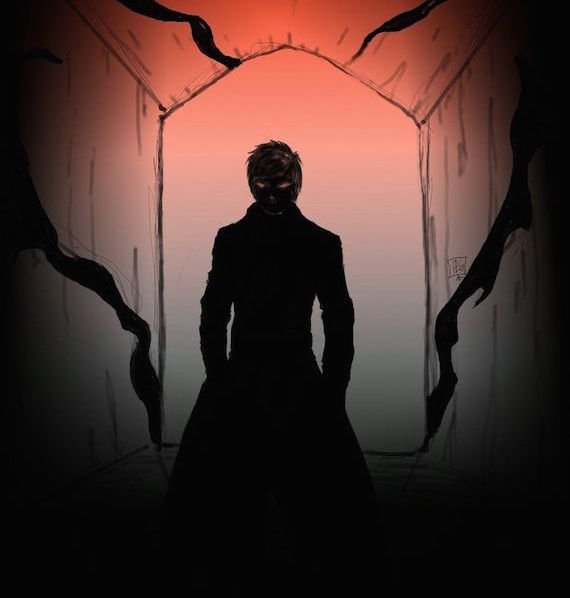 During his confinement at at Khami Prison, there was quite a lot of mystery and menace surrounding the so-called “Vampire Killer,” and he began terrorizing other inmates and prison guards in earnest. He would scrawl the numbers 666 on his body in his own blood, oddly sometimes on his back where it was claimed he would not have been able to write it by himself, despite being alone in his cell. He would also snarl like an animal, chant in an arcane language, and spew profanities as if possessed. One prison officer by the name of Garainashe Moyo said of Nduna:

I can confirm that my office has received a report from the prison (Khami) that there was an inmate who was vomiting and eating blood. One morning last week, he woke up with his hands tied from behind and had the number 666 written on his back. He stays alone in the cell, it therefore defies explanation how he came to have the number on his back, because he obviously couldn't have done it himself. His cell walls were splashed with blood and his Bible was tattered. Upon being asked by prison officers what had happened, the inmate said he had been initiated into a satanism cult.

Nduna also claimed that human blood gave him superhuman strength, and that he would regularly leave the prison using his supernatural powers, as well as that the cell was nothing to him and he could leave at any time he wished. He claimed that he could astrally project himself far and wide, and that he was meeting with his mysterious superiors during these excursions. All through this he continued to exhibit the unsettling habit of vomiting up blood and eating it, of which one prison official explained:

The inmate vomits blood which instantly crystallises to form a lump, which he then eats. Last week, this monstrous act happened in full view of some prison officers and some inmates when he was being questioned by some prisoners about his satanic ordeal. When he started vomiting the blood, some of the prison officers who were present took to their heels.

The courts eventually found Nduna not guilty by reason of insanity, and he has been transferred to a special institution for treatment. But what of the vampire cult he spoke of? Is there anything to this story? Interestingly enough, just a few years before Nduna’s arrest there was a rather bizarre case that seems to show that such a cult does indeed exist. In February of 2013, there was a tragic hit and run accident in the rural village of Neta, in Mberengwa, Zimbabwe, which left four children dead at the scene. As the bodies lay there strewn across the road, there were reported to be four figures dressed in black robes, who emerged from the wilderness to descend upon the corpses and begin drinking their blood. They kept at this grim activity until authorities arrived, after which they melted back into the night. One witness told Bulawayo 24 News of the incident and what followed:

The death of those four children left villagers puzzled especially after the fact that some people had been spotted at the accident scene feasting on their blood. After their burial, Chief Bvute called a meeting where he told people that he would invite a witch-hunter (Tsukamutanda) who would help in identifying the people who were feasting on children's blood. Village agreed and a tsikamutanda named Banda arrived at the village to carry on his duties.

The witch hunter Banda went about tracking down the nefarious cult-like figures, and they were eventually found and brought in. According to news reports, what police found at one of the cultists residences was a rather macabre collection of Satanist imagery, ritual paraphernalia, and other oddness. One witness said of the surreal scene:

These people were found in possession of baboons, weird animals which we had never seen, man-made funny creatures and they all had buckets of blood. Banda burnt up everything and now villagers are waiting for the chief to make a ruling on the matter. 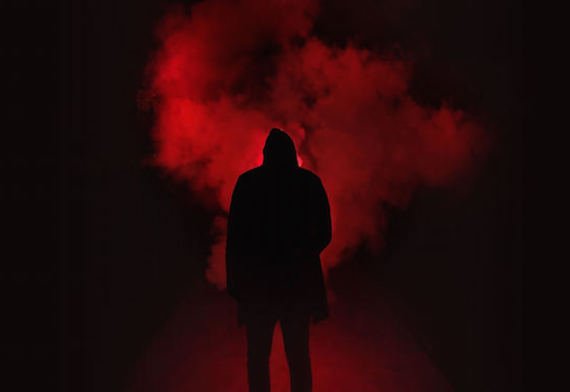 It is unclear just what the “weird animals” were, and the case is just about as bizarre as it can be. Could this have been the same cult that Nduna would later speak of? In that very same month of the very same year, in February 2013 two Congolese nationals were arrested in Zimbabwe after being accused of belonging to a Satanic cult that practices drinking blood. George Rene Longange, 41, and Ngezi Ngendo Bragston, 37, claimed that they belonged to a shadowy group of vampires that drinks blood and engages in rituals in which they lie prostrate upon the floor in front of red coffins painted with blood. Like Nduna, the two men claimed that they could leave their cells at night through their unearthly powers, with one of them stating, “It is very impossible to catch a Satanist, everything we do is spiritual.” The two became official refugees and there was ultimately no evidence to show that they had actually murdered anyone, although if what they say is correct then that cult still operates out there in the shadows.

In more recent years there was the arrest of a 34-year-old Zimbabwean man named Christopher Sibanda, who was caught in 2018 in the act of drinking the blood from a woman he had just murdered. Sibanda allegedly attacked the victim, Subusisiwe Sigauke, with a log before slashing her throat and burying his face in the bloody wound. This is the way he was when villagers approached him, blood smeared over his face and the dead woman in his arms. He then emptied some of the blood into a pot while horrified onlookers watched, and then fled. He was then chased by villagers before being apprehended and arrested by police, where under questioning he claimed to be a part of a cult that gained powers from drinking blood, although there is no further information on who this cult was or if any of them were arrested.

Are any of these cases related or are these seperate incidents? Just who are these people lurking out on the fringe, practicing dark rituals that we can only guess at and drinking the blood of their victims? Do they even exist at all, or are these the ravings of troubled minds? It is hard to know for sure, but one wonders to what extent any of this is true, and just what forces are at work in the dark over in this exotic land where superstition reigns supreme.