Archaeologists Uncover an Ancient Roman Game Board at Hadrian’s Wall

These days, the number 1 thing to do in a rest room while doing number 1 or 2 is to text or talk on a cell phone. No one would be caught playing a board game (or any other kind of game for that matter) in a bathroom, public or private. However, that seems to have been the norm in England in the 3rd century CE as archeologists excavating a fort near Hadrian’s Wall found a stone board game that had once been used by soldiers in a military bath house. Was there a sign on the mirror exhorting soldiers to wash their hands before playing?

“You can almost picture the losing Roman tipping the board up in frustration, causing it to break.” 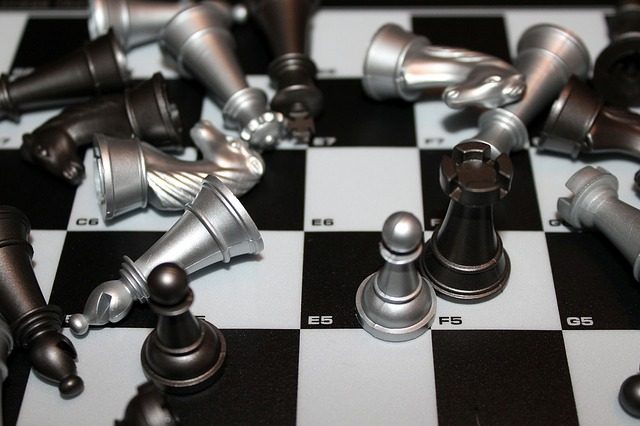 Chronicle Live reports that the stone Ludus latrunculorum board was found recently in a newly excavated building behind a bath house at the Vindolanda fort in Northumberland, The northernmost county of England. Vindolanda was a Roman auxiliary fort manned by the Auxilia (non-citizen troops) from around 85 CE to 370 CE. Ludus latrunculorum roughly translates to “ game of mercenaries” or “play of thieves” and historians believe it was a game of territorial conquest similar to checkers played on a board of squares with sizes ranging from 7-by-7 to 9-by-10. Little is known about how to play or strategy. It appears that up to four could play and ancient Roman poems indicate that round stone discs like checkers were moved back and forth, with each player’s pieces (made of stone or glass) having a unique color. The poet Ovid described how players captured each other’s pieces by surrounding their opponents’ with two of their own. (Pictures of the game and the site can be seen here). It’s assumed that the player who captures all of the others’ pieces wins.

As with any other board game, particularly one played by soldiers, frustrations and losing were taken out on the board – this one has a crack in it. that may explain why volunteer excavator Phil Harding found it being used as a floor tile. This is the fifth such game board found at Vindolanda fort, which might indicate that these soldiers had a lot of time on their hands, but that’s unlikely since it guarded the Stanegate (stone road) which linked two forts that guarded strategic river crossings. The Stanegate was actually built before Hadrian's Wall, and the wall follows it in some places.

Despite the scarcity of info on how the Romans played it, you can find modern board versions of Ludus latrunculorum as well as a computer version for the Mac. Game rules have been pieced together from what’s known about Ludus latrunculorum and Petteia, an older but similar game that Plato claimed had originated in Egypt. Petteia roughly translates to “Robbers” and the game may have been brought to Greece and Rome by travelers and traders who were not always trustworthy.

It’s possible that more about the game of Ludus latrunculorum will be found at Vindolanda since the site is well preserved, only about 25 percent of it has been excavated and it’s where some of the oldest surviving handwritten documents in Britain have been uncovered. Of greatest interest will be info on how to cheat, how to spot cheaters and what to yell when you win.

Ghostly Witches and a Terrifying Haunting