Bank of America Predicts Immortality Will Be Next Hot Investment

If there's anyone you can trust the future with, it's the straight shooting, salt-of-the-earth folks that run our financial institutions. You know, the ones with the honest faces. It's true. You can trust major banks completely and unreservedly. That is, you can trust them to do one thing and one thing alone: get the money. Sort of like how you can always trust an alligator to be an alligator, and why you shouldn't ferry scorpions across rivers. As the future gets weird, figuring out what's what is going to get even harder than it is now. Despite that, we'll always be able to count on the banks to be alligators. Or something like that. The point is that when there's a lot of big talk about seemingly impossible—or at least too good or weird to be true—developments, a good metric of whether it's nonsense is if the big money cares or not. One tall tale of the future that's being thrown around lately is immortality, which sounds at least too weird to be true. Yet it seems that Bank of America believes that immortality and life extension is both possible and profitable.

According to CNBC, Bank of America, one of the largest US investment banks, believes that the life extension and immortality industry will be worth a cool $600 billion by 2025. In a letter to clients, Bank of America analysts Felix Tran and Haim Israel wrote that they believe big name companies like Alphabet and Novartis are on the verge of "bringing unprecedented increases to the quality and length of human lifespans,” and that humans will soon enjoy healthy lives far past the age of 100.  They write:

“Medical knowledge will double every 73 days by 2020 vs. every 3.5 (years) in 2010, and genomic sequencing costs have fallen 99.999% since 2003. This has enabled a new frontier in precision medicine to further extend life expectancy, heralding a ‘techmanity’ (technology meets humanity) revolution.”

I could be down with that, as long as we outlaw stupid words like "techmanity." There's no way I'm dealing with that for half a millennium.

Tran and Israel outlined five sub-industries they believe are key to cheating death: genomics, big data/AI health, future food, “ammortality” and “moonshot medicine.” Ammortality refers to what we usually mean by "immortality," living without the possibility of dying from disease or old age. You could still get taken out by things like an anvil falling on your head and the inevitable heat death of the universe.  "Moonshot medicine" refers to the initiatives to cure the incurable diseases, like Parkinson's and Alzheimer's. 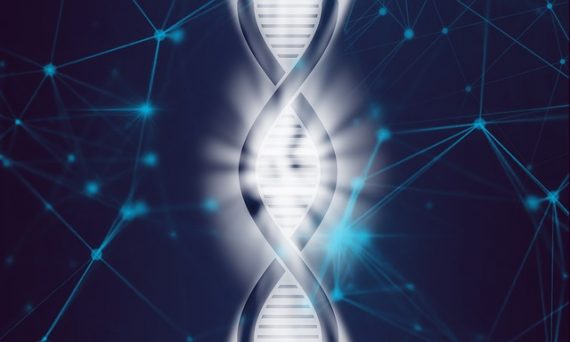 The life extension industry is already worth $110 billion, and it does seem like medicine is rapidly advancing. Of course, there's a whole lot of unpleasant questions that go along with everyone living to 1,000, and you know it'll end up being the shareholders of these companies that say they have the answers to those unpleasant questions. Not that it will matter to me, I'll have a spaceship and finally be content.

When the people with all the money care, it means it's worth paying attention to. It doesn't mean it will actually happen. At the end of the day, this is a bunch of folks trying to cheat death and get rich doing it. Which is just about the absolute height of arrogance and hubris, second only to me truly believing that I'll be a starship captain one day.

The Code of the Voynich Manuscript HAS NOT Been Solved … Yet