Bigfoot: A Chaser of Cars?!

In 1995, Jackie Houghton was living in Cannock, England, and working as a waitress in the nearby town of Stafford. On February 18 of that year, and at around 1:00 a.m., she was driving across the Cannock Chase, back to her apartment, and along the main road that links the towns of Rugeley and Cannock, after her shift at the restaurant was over. As she approached the turning for the village of Slitting Mill, however, she was suddenly forced to violently swerve the car and only narrowly avoided collision with a large, shambling creature that stepped out into the road. Considering that she was traveling at high speed, said Jackie, it was a wonder that she didn’t hit the huge thing. The encounter only lasted just a few seconds, but it was long enough for her to catch sight of the animal in the headlights of her vehicle. She was certain that it was not anything quite as down to earth as a large stag, but was bipedal, tall, very hairy, and had a head dominated by two, fiery, red eyes. In an instant, said Jackie, the beast vanished into the cover of the surrounding trees, leaving her distinctly shaken and stirred. We should not forget that the small hamlet of Slitting Mill – right around where Jackie had her experience - played a significant role in a 1970s-era encounter with a group of hairy, troll-like creatures. And there are many other car drivers who have experienced the "British Bigfoot" in all its vile and close-up glory.

Gavin Addis claims a sensational encounter with a Bigfoot-like entity at one of the Cannock Chase’s most famous attractions. Its name is the Glacial Boulder. Constructed out of granite, the boulder is both large and impressive. It is also made curious by virtue of the fact that there are no natural granite outcrops anywhere in the area. Certainly, the nearest rock of this type can be found in the Lake District, more than 120 miles to the north, and on Dartmoor, Devonshire, no less than 165 miles to the southwest. The boulder, however, has been matched conclusively to a rocky outcrop at Cniffel in Dumfries & Galloway, which is over 170 miles from the Chase in the Southern Uplands of Scotland. At some point during the last Ice Age, the boulder, it is presumed, was carried by the great glaciers down the country and to its present, and final, resting location on what is now the Cannock Chase. 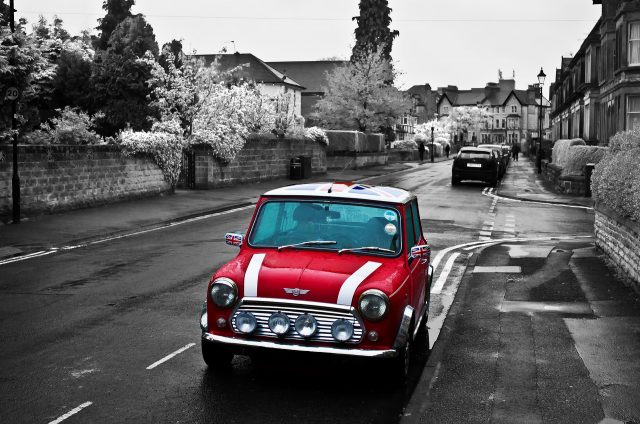 According to Gavin, on a winter’s night in 1997, he and his girlfriend were parked in his car near the boulder, doing what courting couples do amid the darkness and shadowy trees that the Cannock Chase provides at night, when his girlfriend let out a loud scream. Standing atop the boulder was a large hairy man, waving his arms wildly at the sky. Gavin jumped into the front seat of the car and floored the accelerator. Wheels spun, dirt flew into the air, and the car shot away at high speed, but not before the creature succeeded in jumping onto the bonnet of his car. For five minutes, it hung on, before finally being thrown to the ground. Gavin looked in his rear-view mirror and could see that the creature was already back on its feet and running into the woods.

For the sake of telling both sides of the story, it must be said that several people in the Fortean community who have met Gavin Addis in person are convinced that his sensational and undeniably over-the-top tale is simply that; merely a wind-up and nothing more. For his part, Gavin has been careful and vocal to point out in response that he has nothing to gain – and, arguably, everything to lose – by fabricating such a strange story of almost being locked in near-battle with a Bigfoot. And, in that respect at least, he is not at all wrong. Saying that you have seen a creature resembling Bigfoot on the Cannock Chase – and which, at the height of the encounter, proceeds to clamber on to the bonnet of your prized car, too - is, unfortunately, unlikely to result in anything other than the rolling of eyes and hoots of derision.

The next report of any real substance from the dark confines of the Cannock Chase surfaced in January 2003. That was when Peter Rhodes of the Express and Star newspaper wrote an article on an extraordinary encounter on the Chase that almost chillingly paralleled that claimed by Gavin Addis some six years previously. Rhodes reported, under the graphic and memorable headline of Night Terror with a British Bigfoot: ‘Whatever it was, it scared the living daylights out of Craig Blackmore. His mother Val says: “I have never seen Craig like that before. He came home shaking, absolutely petrified and white, as though he’d seen a ghost.”’

What Craig and a friend had actually seen was not a ghost but a ‘huge, ape-like creature at the side of the road on Levedale Lane between Stafford and Penkridge’. Craig told Peter Rhodes that: ‘I was driving my [Ford] Fiesta down the road towards Penkridge and as we approached a house, the security light came on. I saw something in the corner of my eye. It was coming towards the car, running very fast. It wasn’t a dog or a deer. It was running like a human would run, but it was really hairy and dark. It came level and jumped at the car but just missed. My friend turned round and said it was huge and had run through the hedge and across the field. I turned the car around but there was no sign of it.’ 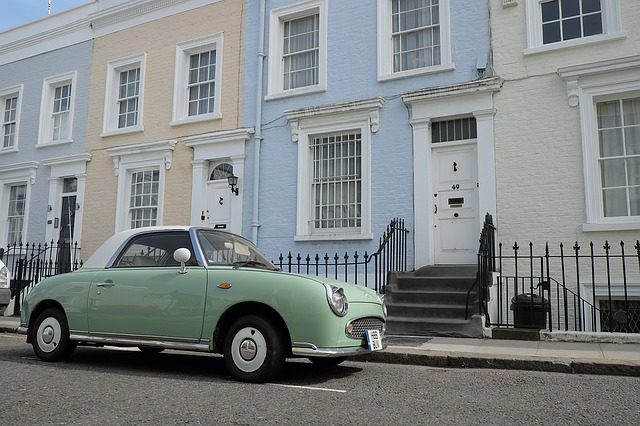 Craig’s mother added: "I thought maybe Craig had been drinking, or perhaps someone had spiked a drink. But that hadn’t happened. He is a very truthful boy. He would not say something had happened if it hadn’t. And anyway, his friend was in the same state of shock.’ Peter Rhodes noted: "Although the event had been terrifying, Craig, a 19-year-old HGV mechanic, did not report it to the police. He told a few friends ('they all laughed') and tried to forget the experience."

Rhodes also spoke with British-based Bigfoot investigator Geoff Lincoln, who told the Express and Star that: "Bigfoot in Britain is an odd subject and very often the target of ridicule. But sightings are taking place and I am currently looking into two other reports in 2002, one in Northumberland and another in Lancashire." To Craig Blackmore, Lincoln offered a simple message (and one that Peter Rhodes said was "worthy of The X-Files"): "You are not alone." Interestingly, this particular case closely echoes one from 1994 that occurred in Scotland and which was investigated by the well-known researcher Mark Fraser. The location was the area around Torphins, near Aberdeen, and involved three young men that had actually undergone an earlier encounter with a Bigfoot-like entity in the area, and who, while driving, encountered a large, dark-colored, hairy man-beast at the side of the road, which proceeded to pursue them at an incredibly fast rate of knots. As with Craig Blackmore and his friend, the outcome was fortunately not disastrous for the three terrified souls: after a brief chase, the beast simply gave up the chase and came to a halt in the road.

An Extinct Bird Evolves Back into Existence