The overwhelming majority of all reports of Bigfoot and similar creatures - such as the Chinese Yeren and the Yowie of Australia - describe them as having brown or black hair. On occasions, the witnesses talk of the animals as having reddish hair. On even rarer occasions, though, people claim to have encountered a white Bigfoot. In my own personal files I have, at most, just a handful of reports of white Bigfoot. Albinism, maybe? One came from Texas' Big Thicket in 1998. According to the witness, the creature - seen fleetingly - was immense. It stood around eight-feet in height. By his own admittance, the man was in a state of shock and pissed himself as the creature briefly stared at him before heading deep into the woods. The strangest account - in terms of locations, at least - came from Lubbock, Texas. Indeed, it's an area of the United States that is hardly noted for vast forests or plenty of woodland in which to hide - which makes the story even stranger. The witness, driving to Lubbock from Levelland in 2001, said she saw the large animal race across the highway, at what was sometime after 10:00 p.m. on a chilled winter’s night. It was only in view for a few moments, but it was long enough for her to get a good idea of what it was she had seen. Now, let's take a trip back in time and take a look at a Bigfoot that displayed yellow fur! It's the story of a creature that became known, quite appropriately, as "Yellow Top." 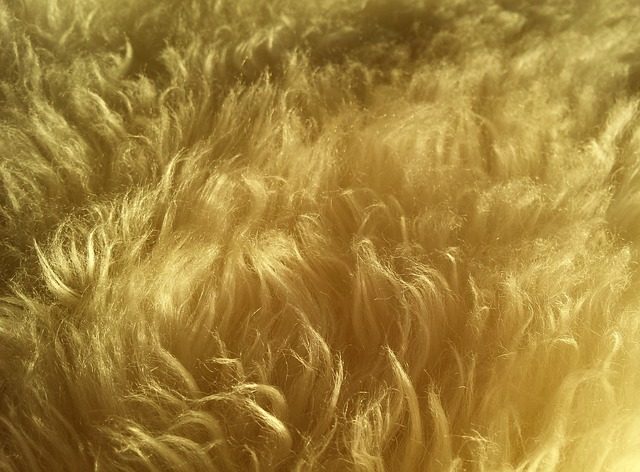 On July 27, 1923, the Ontario, Canada-based newspaper, the Nugget, told a strange, albeit brief, story in its pages that dealt with an unusual animal that was linked to the presence of old mines in the area. The article reads like this: “Mr. J.A. MacAuley and Mr. Lorne Wilson claim they have seen the Precambrian Shield Man while working on their mining claims North and East of the Wettlaufer Mine near Cobalt. This is the second time in seventeen years that a hairy apelike creature nicknamed ‘Yellow Top’ because of a light-colored ‘mane’ has been seen in the district.”

According to MacAuley and Wilson, as they took test samples from the land, they saw what, on first inspection, they thought was a bear “picking at a blueberry patch.” They were right about the blueberries, but most definitely not about the “bear.” Wilson told a Nugget reporter: “It kind of stood up and growled at us. Then it ran away. It sure was like no bear that I have ever seen. Its head was kind of yellow and the rest of it was black like a bear, all covered with hair.” The newspaper concluded: “The first report of the creature was made in September, 1906, by a group of men building the head-frame at the Violet Mine, east of Cobalt. It has not been seen since that time.”

Moving on, I have just one case (which doesn't surprise me) of a bright red Bigfoot! Dazzling red, almost. No, I'm not exaggerating. And, having met the witness and interviewed him at length, I don't believe he was exaggerating either. The location was Texas' Sam Houston National Forest, which, over the years, has been the site of a number of good, solid Bigfoot encounters. It was in 2007 when the man, an avid hiker, was deep in the woods, enjoying the sun and the day. But, not for long, unfortunately. According to the witness, he encountered what I can only call a "Little-Foot." As he walked along a trail, a small, ape-like animal - around four to five feet in height and standing upright - bounded out of the bushes. With a startled - almost comical - look on its face, it froze for a few seconds. As did the witness, which isn't at all surprising. Oddly, the face of the creature was not too dissimilar to that of a baboon, in the sense that it had a muzzle. Its body, however, was human-like and certainly not like that of a baboon.

It's hard to know how we should classify such rogue cases as these. Certainly, they are not what the vast majority of witnesses report seeing. In fact, cases like those above are in the absolute minority. But, just the fact that there are even a few examples of multi-colored Bigfoot creatures suggests to me that we should look into some of these high-strangeness cases a lot more.