Did a Famous UFO Contactee Secretly Work for Uncle Sam?

On February 25, 2009, a legendary figure within the Contactee field – Howard Menger – passed away at his Vero Beach, Florida home, at the ripe old age of eighty-seven. As Contactee authority Greg Bishop notes, Menger was quite a character, and someone who had a particular thing for women of the allegedly E.T. kind: “At the age of 19, Menger enlisted in the Army and saw service in the Pacific during WWII in a flamethrower unit flushing the Japanese out of caves and other hideouts,” says Greg. “He was wounded and received the Purple Heart. Returning to his native New Jersey in 1946, Menger started a sign painting business and a family." Greg adds:

“This changed in 1956, when he appeared on the Long John Nebel radio show, along with Contactee George Van Tassel. He talked about contacts with space brothers – and, more specifically, sisters - who appeared to him, beginning when he was ten years old. Some of his later published descriptions sounded distinctly sexual in nature, although he carefully couched them in language that could be construed as platonic. He also started taking pictures of the space people and their ships; although most who saw the photos say that they are quite indistinct. On August 4th of 1956, Menger said he was invited on board one of the flying saucers. The next month he said that the space people took him for a joyride where he saw alien civilizations on other planets and structures on the Moon.” 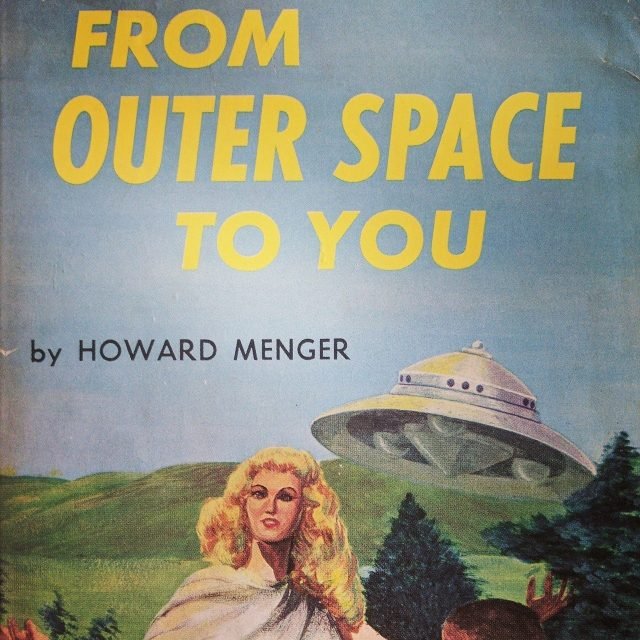 It was not long before there was a major development in Menger’s life, says Greg. In 1956, Menger met Connie Weber, a woman who turned up at one of Menger's events. According to Menger, he suspected - and finally came to believe - that Connie was nothing less than a reincarnated alien; an alien that Menger had met in another life, no less. It wasn't long at all before Menger and his then-wife went their different ways and Connie became his new love. They were together for more than fifty years. Things changed radically for the pair as their lives in Ufology progressed: in 1959, Menger's Contactee-driven book, From Outer Space to You, was published. It cemented his place in the domains of the Space Brothers and Menger's fellow contactees. He was soon lecturing up and down the west coast. Connie was very much a part of all this too: she wrote her own book, My Saturnian Lover. It was focused on Howard's and  Connie's fun-filled escapades in their previous lives.

At the dawning of a new decade, something else happened; something unforeseen and weird. It was in 1960, while on a prime-time television program, that Menger came out with an amazing confession. He said that much of his story was not what it seemed to be. Menger elaborated and claimed that a clandestine branch of the U.S. Army had secretly approached him some years earlier. That same branch could not have cared less if Menger's tales were true, partially true, or complete garbage. All they wanted from Menger was his help in determining how the public might react to the presence of extraterrestrials in their midst. So, they wanted him to keep on doing what he was doing: spreading the words of the aliens among us. It must be said that very few of the many contactees of the 1950s-1970s ever backed off from their original claims. In fact, quite the opposite: they made sure that their stories remained fully intact. Not so Menger. Interestingly, as Greg also notes: "Fortean writer Ivan Sanderson arrived at the Menger residence in the late 1950s and claimed that Menger got very angry with him when Sanderson discovered some equipment and crates in a storage area with ‘U. S. Army’ stenciled on them.”

There can be no doubt at all that the stories (or, rather, the yarns) of Howard and Connie stretch credibility to the absolute limit. They still stretch matters to that very same limit! The tales of new lives in new bodies, and of a home on a new world (ours), are highly entertaining. But, in terms of being the literal truth? Well, I just don't buy it. What I do buy, however (well, sometimes I buy it...) are Howard's claims that he was approached by the military, who wanted him to play psychological games with the American public - and to do so by using the UFO phenomenon as a means to an end. Such a thing may not be so far-fetched as it might initially seem to be. Read on... 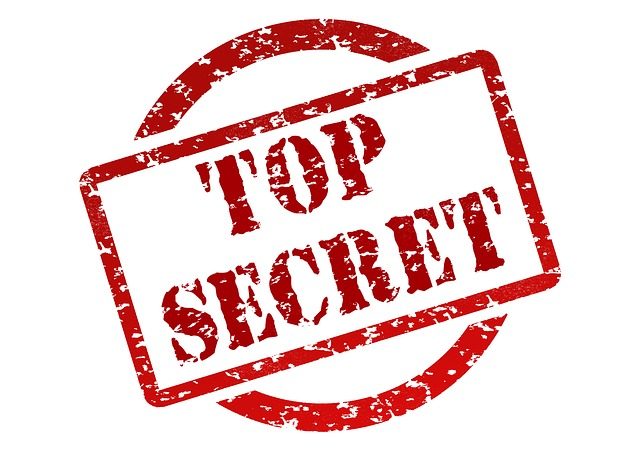 Thanks to the Freedom of Information Act, we know that the CIA's Robertson Panel of 1953 was deeply concerned about the UFO phenomenon. Not because it believed that real aliens were visiting us, but because they - the panel members - were worried that the Russians might use the lore of the UFO to create fear, hysteria and paranoia in the minds of Americans. We're talking about psychological warfare. Perhaps, there were still similar concerns a few years later; something which promoted someone on the inside to enlist Menger into the program. There is an earlier case that reinforces this theory: Silas Newton, a millionaire business man and a conman too, was significantly responsible for creating the infamous "UFO crash" story of Aztec, New Mexico in March 1948. There's very little doubt that the tale was bogus. What we know now, however, is that while the Aztec story was still riding high, representatives of a secret group within the U.S. Government clandestinely approached Newton and asked him to keep spreading his UFO tale - even though they knew there was no truth to the story. This all sounds very much like Menger's claims.

When it came to Menger's stories of alien contact, some might say that he was telling the literal truth. Others, like me, conclude that his overall tale was simply that: a tale. But, just maybe, Menger was being absolutely truthful when he said that he was pressed by some arm of the U.S. Army to assist them in a program designed to see how the population was reacting to the UFO phenomenon - and how it could be manipulated, too. If you want to find more about the complex lives and claims of Howard and Connie, you can do so in Greg Bishop's book, It Defies Language!