First Denisovan Bone Outside of Siberia Discovered in a Tibetan Cave

They’re named for a cave in the Altai Mountains in Siberia where the remains of five members of an extinct species humans were found in 2010 among the bones of modern humans and Neanderthals. Studies of modern human genomes show there was interbreeding between these species, but there has been no evidence of Densiovans in South Africa, Nigeria, France, Papua New Guinea and China where Denisovan DNA has been found in modern humans. That may change with the discovery of a Denisovan jawbone in a cave in Tibet. How did this Denisovan get to Tibet over 160,000 years ago … and how did the species survive at 10,000 feet (3,280 meters) above sea level with little or no resources, heat or oxygen?

“The Xiahe specimen provides direct evidence of the Denisovans outside the Altai Mountains and its analysis unique insights into Denisovan mandibular and dental morphology. Our results indicate that archaic hominins occupied the Tibetan Plateau in the Middle Pleistocene epoch and successfully adapted to high-altitude hypoxic environments long before the regional arrival of modern Homo sapiens.”

In a new study published in the journal Nature, an international team of researchers explain how the bone was found in 1980 by a Buddhist monk who entered the Baishya Karst Cave near Xiahe, Tibet, to pray. Instead, he found a jawbone that was eventually turned over to anthropologists who put in in their overflowing bones in-box until 2010 when Dongju Zhang, an archaeologist at Lanzhou University in China, picked it up. She eventually traced it to the cave, where she found tools and signs of humans.

Dongju Zhang circulated photos and information about her discovery and eventually formed a team to study it. the jawbone had rock embedded in it containing uranium, which allowed them to date it to 160,000 years ago. While there was no DNA, there were ancient proteins in the teeth which were a match to the Denisovans of Siberia. How did this Denisovan, who was estimated by the size of the jawbone to be a very large adult, survive in the harsh conditions and thin air of Tibet?

It turns out they survived the same way modern Tibetans do – they had a variant of a gene called EPAS1 that reduces the amount of the oxygen-carrying but blood-thickening protein hemoglobin in their blood, enabling them to live at high altitudes with low oxygen levels. Denisova Cave in Siberia is at a much lower altitude (700 meters), so it appears the Tibetan Denisovans evolved the gene and then passed it down to modern humans … which means there was definitely some interbreeding going down on the higher up. 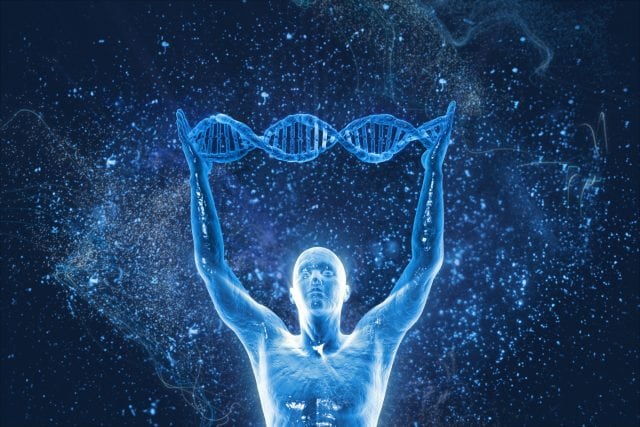 When and how did all of this happen? That’s just one of the many puzzles about the mysterious Denisovans that remain to be solved. The researchers suggest that the answers may not be in another cave but in a dusty box in a storage room where old bones are kept until someone has the time and budget to examine them. They’re scanning databases to search for possible candidates that can be compared to the Denisovan fossils … and may possibly have the missing link of ancient DNA.

All three genomes – Denisovan, Neanderthal and ancient human – are found in modern humans, which means we’re the end result of a prehistoric ménage à trois or two. Will we ever find out which one made the first move?

Strange Shape-Changers in the Woods