Flying Saucers, the Men in Black, and Mysterious Cars

For years – or perhaps even for centuries – the Men in Black have been elusive, fear-inducing figures who hover with disturbing regularity upon the enigmatic fringes of the UFO subject. They nurture and weave their very own unique brand of terror and intimidation. Like true specters from the outer edge, the MIB appear from the murky darkness, and roam the countryside provoking paranoia and fear in their notorious wake, before returning to that same shrouded realm from which they originally oozed. Very often traveling in groups of three, this definitive trinity of evil seemingly appears and disappears at will. They are very often seen driving 1950s-style black Cadillac’s. Particularly strange is the fact that most of the witnesses say that the cars of the Men in Black vanish almost impossibly quickly. It's almost as if the vehicles of the MIB are beamed aboard UFOs. Maybe, that's not too far from the truth.

As bizarre as it might sound, there are a number of reports on record of black cars (A) entering and exiting UFOs late at night; and (B) of apparent aliens exiting UFOs and getting in cars. Yep, I know: it's really weird. Back in 2009, longtime Ufologist Tim Beckley shared just such a story with me. Tim said: "I remember one incident where I was lecturing and a gentleman - a professor at the college where I was lecturing - came up to me  and told this story about how he was driving outside of a town in Michigan. It was rather late at night,  and he saw these lights in the woods. He pulled over, and there was no other traffic coming in either direction, but there was already another car parked at the edge of the road." 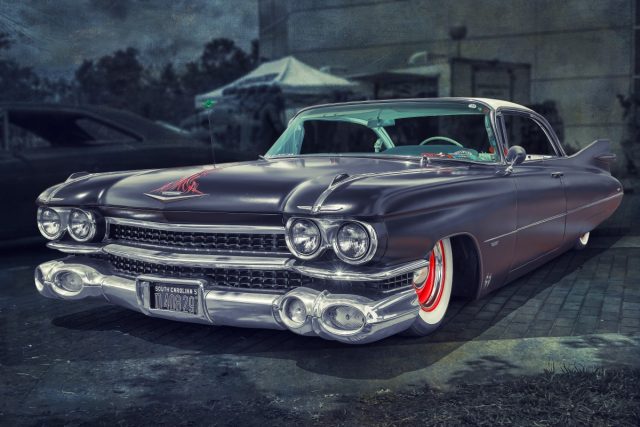 Tim continued: "He described seeing some sort of ship in the distance - a UFO. A group of human-like aliens got out of the UFO, walked to the car - which was a Cadillac, or something like that. He watched them and could see they looked human. They just got in the car and drove off. But then, a couple of weeks later, he sees one of the same guys in a supermarket. These reports sound farfetched, but there's so many of them of what seem to be aliens being able to move among us."

Moving on, there's the very odd tale of a man named Michael Wilcox. On the night of March 6, 1961, Wilcox had an encounter of the creepy car kind. At the time, Wilcox was living in South Miami, Florida. His home backed onto an eight-acre tomato field. At around 10:15 P.M., Wilcox saw to his amazement, through the window of his living-room, a huge object hanging low in the night sky. He described it as looking "like a Navy blimp." He added that, "...but it was larger than any blimp I had ever seen." Wilcox raced outside and watched with amazement as a large doorway on the craft slowly began to open. When the doorway was open to its fullest, three small, circular objects exited the craft and shot away into the darkness. But, that was only the start of things. Matters were about to get really strange. 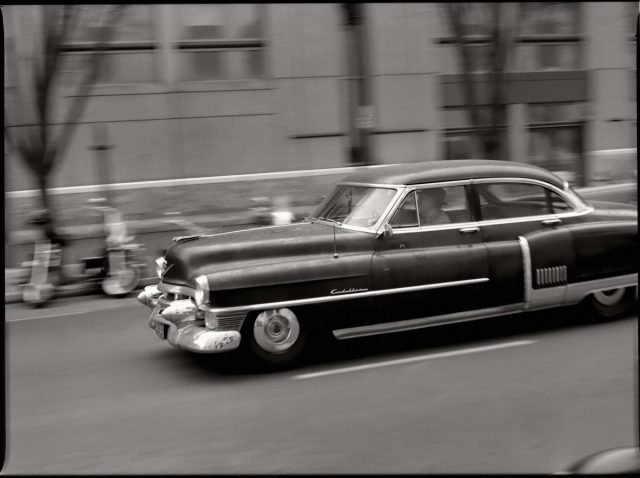 According to Wilcox, one-by-one three black-colored Ford Galaxie cars were lowered from the UFO to the ground by "a hydraulic"-like elevator. Yes, you did read that right! When the three cars were safely on the ground, a rectangular-shaped object exited the UFO and landed in the field, adjacent to the cars. Then, something amazing happened, as Wilcox noted: Four groups of four people walked out of that same rectangular-shaped craft "and entered each car." Wilcox looked on dumbfounded, as the cars - one after another - raced out of the field and onto the nearby road! He quickly lost sight of them as they hit South Miami's 136th Street. The amazing encounter was over.

There's absolutely no doubt at all that cases like the ones I have detailed above are not just controversial but way beyond controversial. Nevertheless, such accounts - of mysterious cars, of MIB, and of vanishing vehicles abound. Here's one example and here's another. Given that I've written four books on the MIB and one on the Women in Black, maybe my next book should be titled Cars in Black...

Newly Discovered Planet Is So Hot That It Shouldn’t Exist