From Noah’s Ark to the CIA: Conspiracy or Bureaucracy?

Over the years (decades, in fact) rumors have circulated suggesting that the CIA has a deep interest in nothing less than the final resting place of Noah's Ark. There are tales of clandestine treks up Mount Ararat, Turkey to find ancient remains. There are also stories of pieces of the Ark having secretly been taken to the Smithsonian for study and storage. The big question, of course, is this: how much of all this can be vindicated? Can any of it be vindicated? Certainly, the CIA has a "file" on the Ark, but having a dossier does not mean that its staff have found the Ark, or have uncovered something amazing about it. Under the terms of the Freedom of Information Act, the CIA has declassified a number of interesting papers on the Ark, mostly from the 1970s and the 1980s. Let's take a look at the content. The following words are taken directly from the CIA's files. The first document of any significance reads as follows: "Noah's Ark 1974 - 1982. On 13 May 1974, DCI [Director of Central Intelligence] Colby sent a letter to the DS&T, Sayre Stevens, asking if the Agency had any evidence of Noah's Ark on Mt. Ararat. Mr. Colby said that Lieutenant Colonel Walter Brown of the US Air Force Academy had asked ‘whether it would be appropriate or possible to exploit satellite photography to examine the glacier systems there to see whether any evidence of the Ark could be found.’ On 21 May, the Center responded that no evidence of the Ark could be discerned on U-2 photography acquired on 10 September 1957 or on any satellite imagery available at the Center."

Moving on to August 6, 1974, the CIA recorded the following: "Congressman Bob Wilson asked the Agency whether any aerial photos of Mt. Ararat could be released to a friend of his, Dr. John Morris, son of Dr. Henry M. Morris, the head of the Institution of Creation Research of San Diego, California. Mr. Hicks stated in a letter to the Agency legislative liaison staff that several U-2.photos dated 1957 were available but were still classified 'Confidential.' The younger Dr. Morris wrote to the Agency later requesting the photos. His request was denied by Angus Theurmer, the Agency's press spokesman who stated 'We have looked into this matter in some detail and we regret that we are unable to provide any information.' In September/October 1974, Admiral Showers of the Intelligence Community Staff, in response to a query from Lieutenant Commander Lonnie McClung, asked about the availability of intelligence information concerning the location of Noah's Ark. He was told that a search had been made of aerial photography with negative results." 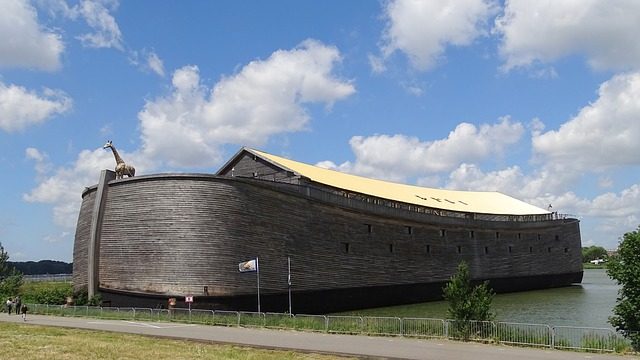 One year later, 1975, there was this from the CIA: "On 30 January 1975, Dr. John Morris again wrote Congressman Bob Wilson noting that aerial photos “were taken in August 1974, as a result of my request. They were not to be classified, but have been classified since and are not available.” Congressman Wilson again contacted the Agency with the request. On 27 February 1975, Mr. Hicks again denied the request. On 11 March 1975, Dr. Morris was notified that the photography of Mt. Ararat was classified and, therefore, could not be provided. An additional request made through Dr. Charles Willis of Fresno, California to Mr. Arthur C. Lundahl, retired Director NPIC on 5 March 1975 was also denied on 31 March 1975." For those who may not know, "NPIC" means "National Photographic Interpretation Center."

The CIA continued: "On 3 April 1975, NPIC Section Chief [deleted] sent a memo to the Chief, IEG, detailing the efforts of Messrs. [Deleted] and [deleted] who had searched unsuccessfully all available U-2 and satellite imagery for possible evidence of Noah's Ark. This search had been prompted by the visit to the Center, on 14 March 1975, of Captain Howard Schue of the IC Staff with a ground photo “showing a long range view of the purported Ark.” The [deleted] Division of NPIC was tasked to determine if the Ark's features in the photo had been altered; tests failed to identify any manipulation. Attempts to compare the ground photo with satellite imagery for identification and location purposes also proved negative. From 27 March to 5 April 1975, a French archeological explorer, Fernand Navarra was at Iverson Mall in Washington, D.C. publicizing his book Noah's Ark: I Touched It. As part of the sales pitch for the book, there was a display which included a supposed wood fragment of the Ark. Several NPIC analysts concerned with the Ark problem visited the display but found nothing that would help their search efforts."

And, there was even more from 1975, as the CIA recorded: "On 10 April 1975, Colonel Paul Tanota and Captain Howard Schue, of the IC Staff visited NPIC to discuss Mt. Ararat and to see the August 1974 aerial photography of the mountain. At the request of Captain Schue, a print of Mt. Ararat showing the 13,000 and 14,000 foot elevations was provided. On 5 July, 1975 a book entitled The Ark of Ararat by Thomas Nelson was released. Mr. Nelson maintained that the CIA had photos of Ararat and that they had been analyzed in the search for the Ark. On 12 October 1975, Tom Crotser from a group known as The Holy Ground Mission of Frankston; Texas showed a ground photo supposedly of the Ark taken during their 1974 expedition to Mt. Ararat. Sometime in 1977, Bill Chaney Speed of Search Foundation, Inc. requested the aerial photos of Mt. Ararat. His request also was denied." 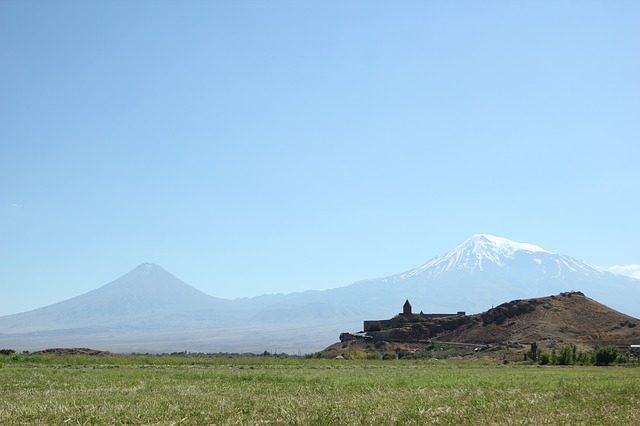 Senator Barry Goldwater wrote DCI Turner on September 1, 1978, “You may think this is a screwball request and it may be, but I would like to know if you can do anything about it.” The letter went on to ask if satellite photography could be searched “to determine whether or not something in the way of an archeological find might be located near or on top of the Mount.” Goldwater explained that a letter he had received had come “from a man in whom I have great confidence, who certainly is no nut, who knows Turkey rather well but who feels that there is reason to believe the Ark may be resting at or near the top of the mount. I assure that I will keep this at any classification you want it kept and if you desire me to go to the devil, I know the way.” DCI Turner replied “we have been requested on several occasions if we could determine whether there was remains of the Ark on Mt. Ararat. We have, as a result, carefully reviewed the photography of the area but have not found any evidence of the Ark.”

Moving onto the 1980s, the CIA added this to the Noah File: "On 27 May 1981, [deleted] of the Center received a telephone call from Air Force Talent Control Officer, Major Ray Abel, requesting information on Noah's Ark. Major Abel said he had received a request from General Lew Allen, Air Force Chief of Stall, who, in turn, was answering a, requirement from Congressman Bill Archer of Texas. Congressman Archer had indicated that some of his constituents from Houston, Texas were going on an expedition to Mt. Ararat and would like to have as much information as possible. [Deleted] told Major Abel that NPIC had conducted a study of Mt. Ararat in the 1970s and had found no evidence of the Ark. In February 1982, former Astronaut James B. Irwin of the High Flight Foundation, a Christian group in Colorado Springs, Colorado, called former NPIC official Dino A. Brugioni, at his home and asked about the aerial photos of Mount Ararat. Irwin was informed that no evidence of the Ark had ever been seen on aerial photography."

A fair amount of material has surfaced from the CIA from the latter part of the 1980s and the early 1990s (the 2000s, too), but it's almost completely comprised of photocopies of magazine articles and newspaper features on Noah's Ark. So, what does all of this tell us? Well, that very much depends on how we interpret the data. It's pretty clear that the CIA was not sitting on some deep and dark secret concerning the Ark. In other words, there's no evidence that the CIA has portions of the Ark locked away in some kind of "Hangar 18" vault and akin to the final moments of the 1981 Indiana Jones movie, Raiders of the Lost Ark. But, the fact is that the CIA does refer in its own files to "the Ark problem." And, as the files also show, back in 1975, "... Several NPIC analysts concerned with the Ark problem visited the display but found nothing that would help their search efforts." 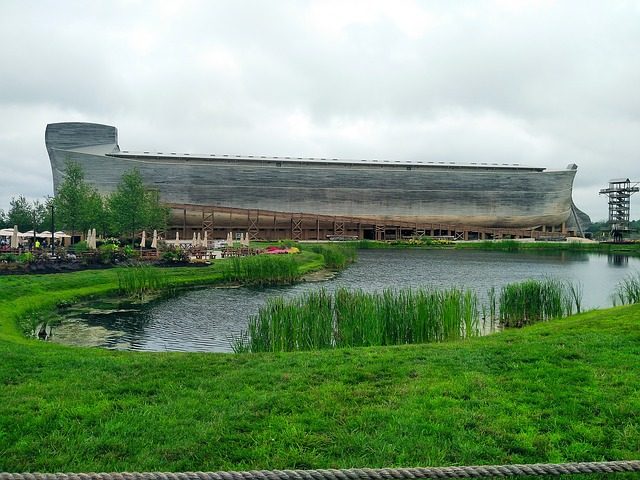 Was the "problem" somehow connected to something amazing? Some might very well say "Yes." On the other hand, though, maybe the problem was actually something else entirely. Namely, a case of the CIA becoming more and more sick and tired of being asked about the Ark and the conspiracy-tinged issues surrounding it. When you're trying to chase down Russian spies and Chinese espionage agents, being asked repeated questions about a rotted old boat may not be high on your list of priorities. But, it might very well be a pain in the neck. A problem, in other words. As for those 1975 "search efforts," that does kind of sound like someone in the NPIC was actively looking for the Ark. Unless, that is, the "search efforts" the CIA referred to were not to find the Ark, but to help find the alleged photos that astronaut James B. Irwin and Congressman Bob Wilson asked for. The latter scenario is far less exciting than the former, but it may very well be the correct scenario. So, at the end of the day, what can we say about this saga of Noah's Ark? Let's see.

It's clear that, on this ancient issue, most of the CIA's time was spent explaining that they didn't have much - if anything - in the form of evidence when it came to the Ark. But, a file was created, and not all of it is in the public domain. Maybe, one day, we'll learn that the CIA does hold some extraordinary data on the Ark. But, right now we are a long, long - very long - way away from that. In fact, there's no solid evidence of it at all in the slightest. While the CIA's papers don't provide us with any kind of smoking guns, I still find the whole thing very interesting. Maybe one day, someone will write a book on the whole "Noah's Ark Conspiracy Theory." It definitely won't be me, but I would certainly look forward to reading it, whatever the conclusions might be.

Into Thin Air: The Bizarre Vanishing of Brian Shaffer