Geneticist Wants to Stop Human Evolution ‘Before It Eats Our Children’

In many parts of the world, scientists are unfortunately forced to spend time defending evolution against intelligent design and similar anti-science arguments, and thus evolution is often described in a positive light, a caring process which shaped the modern biological world as well as serving as a foundational bedrock theory that much of the modern sciences stand upon. Thus, it was odd this week to read that a University of Aberdeen geneticist made headlines by warning that we must stop human evolution “before it eats any more of our children.” Is it time to board up our windows and take up arms against this child-eating predator, or wonder why a geneticist would use such a metaphor in what turns out to be a screed against those who resist our newfound ability to finally combat the “fully organic, unblemished and obscene fury of Mother Nature unleashed”?

Let’s go with that second one. Alasdair Mackenzie’s article “It’s time we stopped human evolution - geneticist” uses powerful imagery to describe human evolution as a negative force, one that works by killing off large portions of the human race on the wrong end of natural selection.

Unfortunately, of course, humans are still evolving today. People are still dying from disease and starving from deprivations perpetrated by unequal societies and a lack of access to food and medicine. We remain at the mercy of natural selection, the least moral way for a species to develop.

Mackenzie argues that we have a moral obligation to “aggressively stop evolution of the human species as a matter of urgency.”  If we thus work to combat the means through which that process is achieved, we can essentially stop human evolution and end millions of deaths which could be prevented through scientific means. Mackenzie pulls no punches in describing those who reject many of these modern scientific practices in favor of alternative belief systems or theories, casting them as some kind of naive hipster paleophiles who unwittingly put all of humankind at risk:

As society has become ever more convenient, hygienic and wrapped in cling film, many hark back with dewy eyes to the natural and supposedly wholesome lifestyles of our ancestors in pre-industrial times. Besides the fear around vaccines, growing numbers of people put their faith in the organic movement, the anti-GM lobby and New Age philosophies. They have increasingly rejected the ability of science to improve our lives, placing an almost religious trust in the benevolence of Mother Nature instead.

Mackenzie goes on to say that “our greatest achievement as a species has been to break free from the sheer naked ferocity of evolution.” While he names a few controversial examples - GM food, additives, vaccines - he leaves out one of the most powerful tools we have to combat human evolution: human genome manipulation through CRISPR-Cas9 and other methods. As a geneticist, Mackenzie is no doubt familiar with these tools and their potential. What better way to halt human evolution than to edit all of the harmful genes right out of our gene pool?

Because Mackenzie likely also knows what horrible implications are sometimes related to calls to improve or narrow the human gene pool. What if certain mutations or diseases could be removed from the human gene pool through CRISPR? Would all new children get the treatment, eradicating those diseases and mutations forever? Think about it: if we could eradicate the genes that cause cancer forever, wouldn't we? What about all the extant people born before those treatments who carry those genes, will they be forced to be sterilized so that those genes don’t work their way back into the gene pool?

Either way, human genome manipulation is coming. China is already reported to have birthed the world’s first “CRISPR babies”, an announcement which was met with much controversy in the scientific community. The scientist behind that project mysteriously disappeared shortly after, although it has alleged he may be under Chinese government protection because the Chinese actually funded his work. It'd be foolish to think black budget laboratories in the West weren't doing the same experiments. Can we allow a gene pool gap? 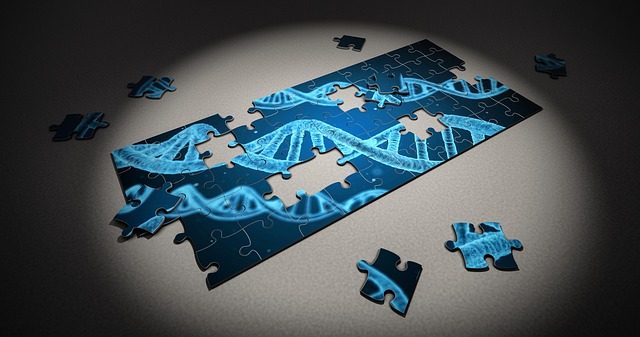 What will become of Homo sapiens once we end human evolution? I guess we’ll stay in some version of our current form, more or less. Over time, though, who knows what effects could come as a result of a static gene pool? Who knows what future geneticists will discover and tamper with? As more and more research suggests we may be able to stop evolution, end aging, and perhaps even transfer our consciousnesses between creepy 3D printed android bodies by 2050, we’re soon going to face strange new definitions of what it means to be human. Science fiction has been predicting this stuff for decades, and it usually ends up as one of two polar opposites: gritty dystopian hellscape or sexy techno-utopia. If we can't make these technologies and practices equally available to all, there's only one way it will end up. Given that many of the technologies Mackenzie describes can only be implemented on the industrial level, average people will have little control over their implementation.

Get your mohawks and sand goggles ready for that hellscape.