According to Scottish legend, the Kelpie - or the water-horse - is a wholly supernatural creature that haunts the rivers, bridges and lochs of ancient Scotland and that has the uncanny ability to shape-shift. The most common form that the Kelpie takes is that of a horse - hence the name. It stands by the water’s edge, tempting any passing and weary traveler that might consider continuing on his or her journey to mount it. That, however, is always the fatal downfall of the traveler, as invariably the beast is then said to rear violently and charge head-long into the depths of the river or loch, and thus drowning its terrified rider in the process. Very notably, the Kelpie was also said to be able to transform itself into both a beautiful maiden, or mermaid, and a large, hairy man that would hide in the vegetation of Scottish waterways and leap out and attack the unwary, not unlike the Man-Monkey of the U.K.'s Shropshire Union Canal. For those who may not know, the Man-Monkey was an "anomalous ape" seen late one night on Bridge 39 on the aforementioned canal in January 1879.

With the above said, the Kelpie may simply be a denizen of the world of folklore and nothing else at all. But, maybe not. On this very important, latter point, it should be noted that the police in the vicinity of Bridge 39 had specifically associated the sightings of the Man-Monkey at Woodseaves in 1879 with the then recent death of a man who had unfortunately "drowned in the cut." The several parallels with the world of the Kelpie are, without doubt, truly uncanny. It goes without saying that none of this proves Kelpies exist - either in the world of the normal, or even, indeed, in the world of the paranormal. It does, however, strongly suggest a belief in, and an outright acceptance of, Kelpie-like entities in rural Shropshire and Staffordshire by elements of the British Police Force, no less, in the latter part of the 19th Century - which is, without doubt, a revelation of a pretty extraordinary magnitude. It also suggests that if the latter day Man-Monkey reports are genuine (and I personally see no reason to dispute them or their attendant sources, having personally interviewed many of them), then far from being merely a harmless relic of centuries-old Scottish folklore, the Kelpie is still among us, still thriving, and still up to its infernal, and sometimes deadly, activities. 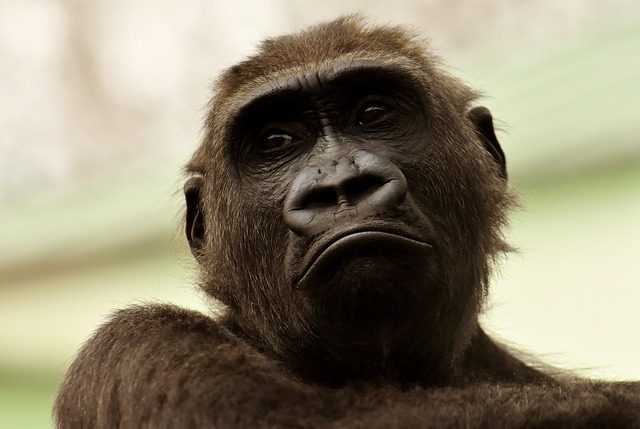 We should also note that the Shropshire, England village of Child’s Ercall has legends of a hairy wild man and a mermaid attached to it. And then there is Aqualate Mere, Staffordshire - which is very close to Woodseaves, the home of the Man-Monkey, no less - and also reputedly the lair of a beautiful mermaid. It must be said that sightings of predatory mermaids and magical maidens, as well as hairy monstrosities, are the veritable hallmark of the presence of a shape-shifting Kelpie, as well as being amongst its most preferred forms of appearance after that of the traditional water-horse. And, still on this particular train of thought, it is very important to note that several stretches of canal and certain waterways within the British Isles have curious folk-tales attached to them that are inextricably linked with monkeys, apes, water, and bridges.

The August 2009 issue of Phenomena magazine included a then recent report that clearly linked the British Bigfoot with large bodies of water: "Poachers in woods at Walkerwood Reservoir, Cheshire, heard noises brush in front of them, then their torches suddenly stopped working. Panic set in and they ran. They stopped several hundred yards away and could still hear the noises which seemed to be pursuing them. They opened fire, they heard no sound, and then the noises began again, as though something was moving towards them. Then from the darkness came a huge, dark figure. It was about seven feet tall and was completely black in colour. They could see no features, and the thing seemed to be absorbing the darkness, as if camouflaged in some way. The poachers fled."

The village of Defford, Worcestershire, is home to a pub called the Cider House. One of the very few still-existing traditional cider houses in England, it has been in the same family for a century and a half, and visitors to the Cider House will find their drinks served to them in quaint pottery mugs, and amid a welcome atmosphere that harks back to a time long gone. More notable is the fact that for the locals that frequent the Cider House, it has a distinctly different moniker, namely, the Monkey House. So the legend goes, many years ago, a regular customer charged breathlessly into the pub late one night, claiming to have fallen into dense bramble bushes, after being attacked by a group of monkeys. Notably, the village of Defford is situated very close to Eckington, whose historic Eckington Bridge spans the River Avon and at which, late on a weekend night in 1957, a man named Albert Micklewright was witness to what was described as a "big hairy thing from Tarzan."

Then there is the intriguingly named Monkey Marsh Lock. Situated on the Kennet and Avon Canal, it weaves its way through the Thames and the River Avon, links the city of London with the British Channel, and has been designated an ancient monument by English Heritage. It is also one of the only two remaining turf-sided locks in England of the type that were chiefly used in the early 1700s. Needless to say, the origins of the lock’s admittedly eye-opening name remain shrouded in mystery and history. And what of the so-called Monkey Island-Isleworth Canal Project of 1793? An ambitious plan first proposed in 1770 (but, ultimately, never brought to successful fruition) it was designed to link Maidenhead and Isleworth via a planned stretch of canal that would by-pass the River Thames. Monkey Island is a story in itself. The island is a small piece of land on the Thames that can be found near to the Berkshire village of Bray. Its name is actually derived from the Old English term: Monks Eyot - meaning Monks’ Island, and was specifically named after a group of monks that resided at Amerden Bank, which is situated near to Bray Lock on the Buckinghamshire banks of the river. 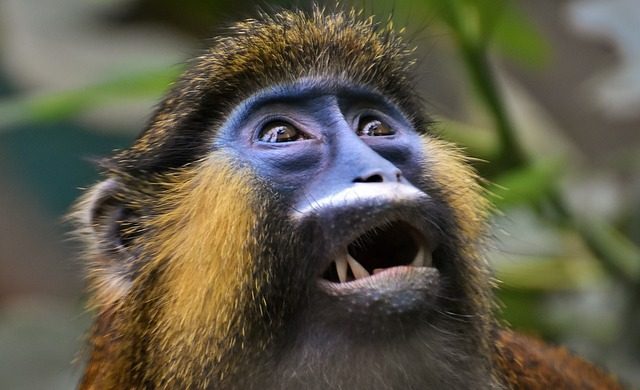 In the early 1720s, the island came into the possession of the third Duke of Marlborough, Charles Spencer, and who duly oversaw the construction of a fishing lodge and temple. Monkey Island Lodge (which today still stands - but as a pavilion) was built completely out of wood. Notably, the artist Andieu de Clermont was asked to provide the Lodge with his own unique brand of paintwork - and he most certainly did so; ‘grotesque gentleman monkeys’, engaged in scenes of fishing, boating and shooting adorned a small room in the Lodge, and can still be seen there to this day. In 1738, Lady Hertford described Monkey Island Lodge thus:

"[It] has a small house upon it, whose outside represents a farm - the inside what you please: for the parlour, which is the only room in it except the kitchen, is painted upon the ceiling in grotesque, with monkeys fishing, shooting, etc., and its sides are hung with paper. When a person sits in this room he cannot see the water though the island is not above a stone’s cast over; nor is he prevented from this by shade; for, except for six or eight walnut trees and a few orange trees in tubs there is not a leaf upon the island; it arises entirely from the river running very much below its banks."

Roughly a century later, the Lodge had become a river-side inn, accessible only by ferry; that is until 1956, when a foot-bridge was finally built. And although the island’s curious name seems to have wholly down to earth origins, it is intriguing to note that, once again, here is yet another locale in the British Isles linked with canals, bridges and "grotesque monkeys."