There are a few places in this world where people might not exactly expect to find ghosts. After all, these strange entities are the reclusive inhabitants of old buildings and the crumbling ruins of what once was, clinging to these locales in death as they did in life, are they not? Yet there are those locations out there beyond what we typically see, out past the boundaries of civilization that are home to just as much paranormal phenomena as any haunted house. One of these must surely be a long, winding trail through the wildest places of the U.S. state of Alaska, where dog sledders still creep along their routes, the winds, snows, and wilderness still reign supreme, and where ghostly forces beyond our comprehension are said to roam.

Meandering over a thousand miles through the remote mountains and valleys of the U.S. state of Alaska, through some of the roughest terrain around, is the legendary Iditarod Trail, also known as the Seward-to-Nome Trail, which connected Seward, Alaska, through Iditarod, Alaska and then to Nome. Its history goes back to the original Native peoples of the region, but it really hit its peak when gold was discovered and brought droves of travelers through its wild expanses on their way to their visions of riches beyond their wildest dreams. The once inhospitable track became home to various stopover points, roadhouses and small settlements to cater to the weary travelers who passed through this frozen landscape as well as their sled dogs. Indeed, the trail became a popular dog-sledding route during the winter months, these mushers delivering valuable goods over the frozen terrain, the only way to do it during these times, and it made history when a life-saving serum for treating diphtheria was delivered through these frigid badlands by dog sled in 1918.

In later years the use of such trails and of dog sleds in general would become obsolete, as other methods of travel became more widely used and the gold reserves dried up. Roadhouses and boom towns were shuttered, abandoned to the elements to remain spooky snow encrusted ghost towns, fossils from another age, and the trail fell into disuse, slowly reclaimed by the land and buried in tundra and forest until it faded away. The historic trail was forgotten for decades, and might have disappeared forever if it weren’t for renewed efforts to renovate and preserve it, with the start of the major Iditarod Trail Sled Dog Race in 1973 drawing attention to the trail and making it popular to mush dogs once again, and it was designated as a National Historic Trail in 1978, finally brought back to life after long being absorbed by the wilderness.

The trail is still remote and largely inhospitable, especially in the winter months in the northernmost stretches, and dog sled and snowmobiles are still popular ways to navigate the more treacherous areas, yet in summer hiking and travelling the trail by foot is common. Ghost towns can still be seen along the historic trail, and community museums also dot the areas along its length. The Iditarod Trail Sled Dog Race is one of the most popular of the many races carried out here, with teams of mushers making their way across around 1,000 miles of forbidding frozen terrain from Anchorage to Nome every March, passing through the ghost town of Iditarod and others along the way. It is a major event meant to commemorate the historic place that dog sledding once had here in the Gold Rush days, but the Iditarod Trail Sled Dog Race also has a rather spooky side, with mushers sometimes coming back with tales of brushes with the supernatural.

Many of the paranormal phenomena reported along the trail gravitate around an eerie place called Old Woman, which happens to be the name of a mountain looming on the fringe of the last stretch to Nome and also the name of a long abandoned decrepit cabin sitting there in the woods in the mountain’s shadow. It is this spooky cabin that is said to have once been the home of a reclusive old woman who died out here to leave her restless spirit behind, often appearing as a beautiful maiden but sometimes as an old hag. The spectral form of the woman watching the dog sleds pass by is often seen standing off the trail or walking along it, hovering above the ground, and some mushers have reported being grabbed or poked by unseen hands, or to have their dogs suddenly panic or freeze and refuse to move in the vicinity of the cabin. 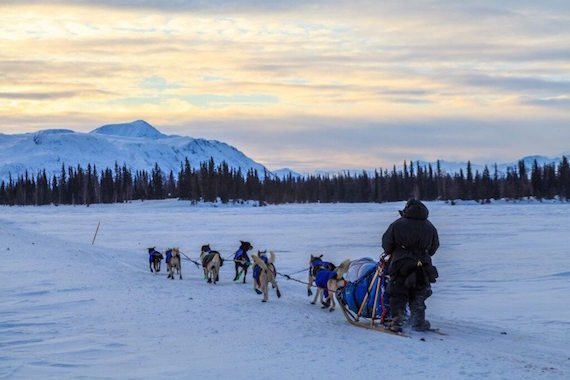 Those who have dared to actually enter the cabin have claimed to have heard the old woman singing to them or to have been lulled into a strange trance that they seem unable to snap out of. Indeed, a mysterious force is said to provoke an irrational urge to stay there in those who pass or enter, which is blamed for ruining mushers’ race strategies and possibly because the entity is lonely and looking for company. So feared and notorious is the ghost of Old Woman that racers will sometimes leave out offerings in an attempt to appease the spirit. There is also supposedly a curious humming that emanates from the cabin, and of the cabin’s spirit, influence, and its odd humming one musher has said: 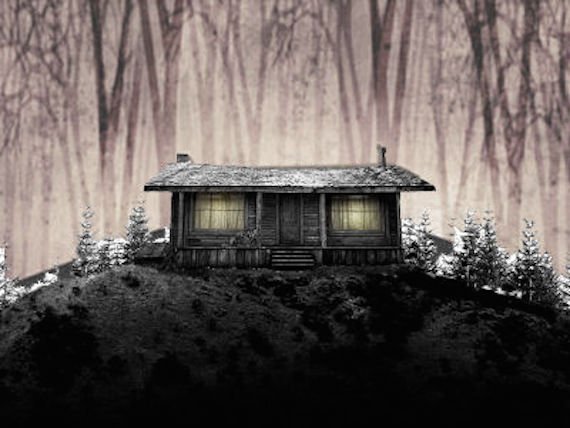 Beside the ghost of Old Woman and her mysterious cabin, there are other entities sporadically seen haunting the forlorn trail. One is the spirit of a man who allegedly died in an avalanche and will go around helping those on the trail in need, and others are more threatening. One such report comes from the area approaching the ghost town of Iditarod, once a thriving mining community and now a mere ice-encrusted husk of its glory years, from where a report comes to us from the Anchorage Daily News concerning a veteran musher by the name of DeeDee Jonrowe. She claims that as she made her way along this particularly remote part of the trail she saw an encampment of rather otherworldly looking individuals who did not seem quite real, and she says of her encounter:

When I came there in the early years, I was certain I saw other teams. But they were old teams, wrapped in blankets' and wolf skins. All of those people are there, and you can see and hear and smell the wood smoke. The ghost town clattered with the noise of fire pokes and slamming doors as miners milled around, their arms heavy with gold weights and scales. They weren't happy to see you. They would just give you looks like they were hording their stuff. You wanted to get away from them.

The reports of these sorts of hauntings and ghostly encounters in such a cold, uninhabited region seemingly willfully against human intrusion are intriguing to say the least. Is there anything to them, or is this all just tiredness and hallucinations caused by the grueling, windswept journey these people must endure, their imaginations stoked by the various long abandoned, crumbling ghost towns from another era along the way? If any of it is real, then what would keep these spirits tetherd to such a remote place mostly a stranger to the touch of humankind? What forces prowl these badlands other than the forces of nature? The answers remain evasive.

The 1952 UFO Incident Over Washington: What Really Happened?