Hawaii is mostly known for its white sand beaches, fun in the sun, and as being a vacation mecca for people from all over the world. People come here to get away from the stresses and dangers of the modern world, to relax and unwind and to put doom and gloom behind them. Yet sometimes dark forces come looking for you, and the idyllic paradise of Hawaii is not without its dark underbelly, and here too there have been horrific unsolved mysteries that lie under all of the images of a tourist haven.

Our tale here revolves around 19-year-old Lisa Au, who worked as a humble hairdresser in Kailua, Oahu, and on the night of January 20, 1982, she was just about to finish work and stood staring out at a torrential downpour of rain outside. After a moment of deciding whether to brave the rain or not, she decided to go over to see her boyfriend, Doug Holmes, who was having dinner at his sister’s apartment in Makiki. After dinner at around midnight Au and her boyfriend allegedly said goodnight, got into their separate cars, and headed home, but she would never arrive at hers, and so started the most infamous and strangest unsolved mysteries in Hawaiian history.

When Au did not come home as expected, the next day her family called Holmes and he told her that he was not with her, explaining how they had said their goodbyes at his sister’s place and gone home separately. The worried boyfriend then got into his car and spent hours scouring the roads of the area, finally coming across Au’s vehicle parked along a highway in Kailua, near a place called Kapaa Quarry Road, but there was no sign of where his girlfriend had gone, and so he contacted the authorities. Police would find that the car’s windows had been opened halfway, despite the heavy rains the previous evening, and as a result the interior was inundated with around 3 inches of water. Considering that the inside of the car was absolutely sopping wet, they were surprised to find that Au’s purse was sitting up on a car seat and was completely dry, and was missing her driver’s license and vehicle registration. In addition to this odd finding, investigators examining the car found that it had seemingly been “wiped clean” of fingerprints or other evidence by someone.

Considering the suspicious nature of the scene, authorities immediately assumed they had a missing person on their hands, possibly a kidnapping, and an alert was put out. Over the next 10 days there would be carried out the most intensive search the state had ever seen, scouring the swamps and wilderness all throughout the region looking for any trace of the missing woman, and every day that went by without a ransom demand caused police to increasingly fear the worst. It would turn out that their fears were well founded.

On January 31, 1982, a jogger was out with his dog along Tantalus Drive in Makiki when he stumbled across the highly decomposed remains of a naked human body hidden away within some brush down in a secluded ravine. Police were able to quickly identify the body as Lisa Au, but considering the amount of decomposition and degradation of the remains no cause of death could be ascertained. Nevertheless, because of the naked state of her body and the fact that she was found so far from her car it was suspected as being most likely a murder. The only problem was, no one had a clue who the culprit could have possibly been or what their motive might be. This is when new clues would start to emerge and theories would begin to fly.

One of the most curious of the tips that came in were several witnesses who claimed that on the evening of Au’s disappearance they had seen her car being followed by another car with flashing blue grill lights on it, like a police car. This intriguing detail, plus the fact that the window had been rolled down, the purse had been dry, and the driver’s license and registration had been taken, led authorities to suspect that the killer may have been impersonating a police officer or perhaps had even been one of their own. As soon as this grim theory hit the news there was island-wide hysteria, and immense pressure on the police department to find who was responsible. 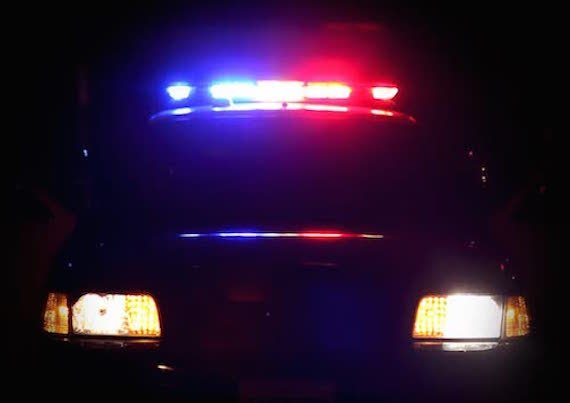 Such was the irrational dread that a maniac cop was stalking the backroads of the island that authorities poured vast resources into trying to convict one officer who seemed suspicious and had been accused by witnesses of harassing women, but there was never enough evidence to get an indictment against him in connection with Au. In later years there would be some evidence uncovered by an Au family private investigator that the whole pursuit of the police officer as a suspect had been a conspiracy, such as evidence that there had been attempts to have witnesses lie to the grand jury about seeing a patrol car or officer with Au. It would also later be found that Au had simply forgotten her driver’s license at a market she stopped at on her way home, and that it had never been taken by a cop. Nevertheless, this avenue was relentlessly pursued to no avail, with a possibly innocent man being accused, harassed, and his life ruined. Why would this be?

While the idea that a police officer was the highest profile and the one that caused the most panic, there were other suspects as well. One of these was Au’s own boyfriend himself. One officer reported that he had noticed what appeared to be scratches on Holmes face when they spoke to him the day after the disappearance, and it seems he even failed two lie detector tests. There was also the claim by a security guard at the apartment where Au had had dinner with Holmes and his sister, who had seen Holmes and Au arguing the night of the disappearance, but this didn’t really mean that anything was really awry. In the end there was never anything concrete, no discernible motive for Holmes to want to kill her, and he was never seriously pursued.

Other leads popped up over the years as well, such as a witness who claimed to have seen a slouched over woman in a car with a man on the night of the disappearance, but oddly police took her information and never got back to the witness about what she had seen, apparently deeming it unimportant. This dropped tip actually seems to be indicative of the whole investigation, which has been accused of being loaded with dropped balls, mishandling of evidence and leads, and missed opportunities, further sinking the case into a quagmire from which it does not seem likely to climb out of any time soon.

There were other odd things about the mysterious case that seem hard to explain and point to police incompetence. In 1983, investigators made a drastic step in trying to get more answers by exhuming Au’s body in order to see if they could at least try to find out how she died. The condition of the body was found to be unwashed, covered in dirt and leaves, sloppily wrapped in a police body bag, and generally seemed to have been unceremoniously dumped into a hole in the ground. The skull and jawbone were examined by experts, who could still not find a cause of death, but what makes it all even weirder is that shortly after this the skull and jawbone just sort of disappeared, with no one seeming to know where they went for sure. How is it they don’t know where these remains ended up? It almost seems as if someone does not want them examined any further.

What happened to Lisa Au? How did she manage to just vanish off of the face of the earth only to turn up dead with no clue as to even how she had died? Why was the investigation so bungled and set upon incriminating a police officer while other evidence was ignored or never followed up on? Who would want her dead, and why would they do it the way they did? Is there a cover-up, and where did that skull and jawbone go? The whole case is so old now and so compounded by mysteries that it seems unlikely that we will ever get the answers we seek to any of these questions and more, and the mystery of her death continues to cement itself as one of Hawaii's most talked about and nefarious mysteries.