In Memory of Peter Mayhew and Chewbacca

In the annals of science fiction movies, it’s often a supporting character who becomes the most memorable scene-stealer. That character is most often a villain, a robot, a female from another world or a cute alien creature, not a seven-foot tall hairy beast who communicates through roars and sides with the good guys. That, of course, is the description of Chewbacca, the 200-year-old Wookiee from the planet Kashyyyk who was the co-pilot of the Millennium Falcon and Han Solo’s best (and, for a time, only) friend in the Star Wars series. Peter Mayhew, the tall actor who brought Chewie to life in five of those films, passed away at the age of 74 in Boyd, Texas … just two days shy of May the Fourth (you know what it means).

The is no more fitting tribute to Peter Mayhew than that tweet from Harrison Ford (Han Solo), who called his fellow actor a "kind and gentle man" with "great dignity and noble character.” Mayhew was born on May 19, 1944, in Barnes, Surrey, where he eventually reached the height of 7 feet 3 inches (2.21 m). After moving to the U.S., he got his first acting job playing a Minotaur in Sinbad and the Eye of the Tiger. That led to an audition for Star Wars: Episode IV – A New Hope, where George Lucas cast him as Chewbacca after David Prowse turned down the role and played Darth Vader instead. 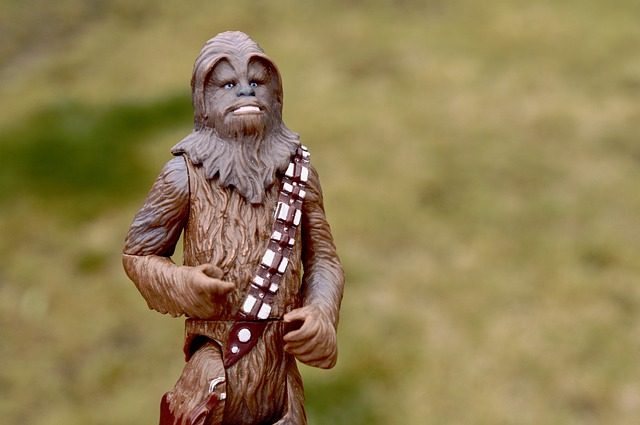 Peter Mayhew went on to play Chewie in five Star Wars films: Star Wars, The Empire Strikes Back, Return of the Jedi, Revenge of the Sith and The Force Awakens, and was credited as the Chewbacca Consultant in The Last Jedi. He played the Wookiee in commercials and made appearances in costume at hospitals, as well as participating in Star Wars-related events. As an author, Mayhew penned the children’s books Growing Up Giant (being different is a strength instead of a weakness) and My Favorite Giant (with an anti-bullying message).

In a normal actor’s tribute, this is where one would list memorable lines from their movies. That’s impossible in Peter Mayhew’s case since Chewbacca had only a roar. However, he inspired some of Han Solo’s most memorable lines.

“Laugh it up, Fuzzball”
“Punch it, Chewy!”
“Get in there, you big furry oaf! I don’t care what you smell!”
“It’s not wise to upset a Wookiee.”
“Yeah, it’s just a dead animal Chewie…Chewie, wait no!” 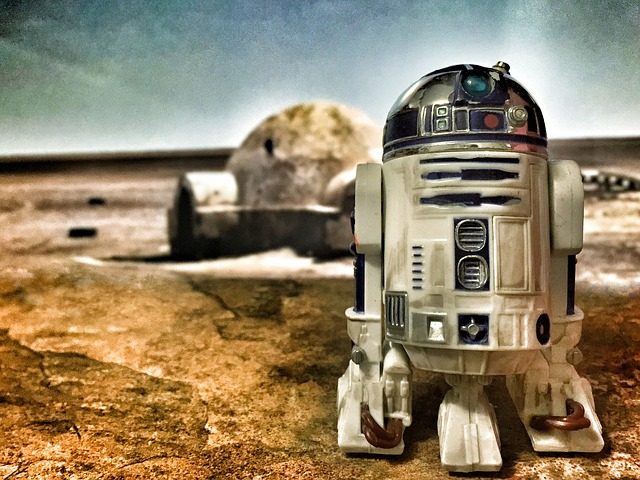 Fans will remember that Chewbacca/Mayhew was a key player in numerous memorable scenes, including the trash compactor, the roar at the end of Episode IV (when Chewie is the only one who doesn’t get a medal), when he sadly watches Han get frozen and then brushes away the frost when he’s thawed out, and when he attempts to put C-3PO back together.

Mayhew and Chewbacca will forever be inseparable … and beloved. There’s no better tribute for an actor and no better way to honor the memory of the late Peter Mayhew.