Into Thin Air: The Bizarre Vanishing of Brian Shaffer

There are many mysterious disappearances out there, ranging from the odd to the truly bizarre. Here we have people who have for whatever reasons just seem to have stepped right off the face of the earth, leaving behind very little evidence as to what has become of them but plenty of questions. One such case comes to us from the U.S. state of Ohio, where a man walked into a bar and never came out, vanishing into thin air and spurring a strange mystery that has endured to this day with no answer in sight.

In 2006, 27-year-old Brian Shaffer seemed to have everything going for him. He was a young, intelligent, good-looking second year medical student at the Ohio State University College of Medicine who was considered to be easygoing, fun-loving, and popular amongst his peers, with a girlfriend that he was thought to be about to propose to. He had had some personal issues in that his mother had recently died of a rare type of bone cancer called myelodysplasia, but by all accounts he had appeared to be taking it rather well, and he was looking forward to a wild Spring Break vacation in March of that year and then a trip to Miami with his girlfriend, Alexis Waggoner, in April, during which he had been expected to propose to her. Things were looking mostly bright for Brian Shaffer, but there were dark clouds on the horizon.

March 31, 2006, was at the height of Spring Break and a Friday night to boot, and after having a nice dinner with his father, Brian went out to unwind with his friend, William Florence, who he met up with at around 9 PM that evening. They went to a bar called the Ugly Tuna Saloona, which was on the South Campus of Ohio State University, and he called his girlfriend, who was visiting family in Toledo, to chat for a bit before going on to do a bit of bar hopping around the area called the Arena District and finally ending up back where they started shortly after midnight after getting a ride from a friend named Meredith.

It was at this time that at some point Shaffer got separated from his friends at the bar, although being partying as they were no one thought much of it at the time. It wasn’t until everyone was leaving that Brian’s two friends tried to find him and couldn’t, searching the entire bar up and down to no avail. When the bar was closing at 2 AM they waited for him to emerge but he never did, and no one they asked seemed to remember seeing him. Even at this point their alarm bells were not truly raised, as they figured he had just been very drunk and had wandered off home. However, Brian never did make it home, and repeated calls to his phone went unanswered. He also missed his scheduled trip to Miami with his girlfriend just that following Monday, and this was about the time when people would truly realize that something was amiss.

When police were notified they meticulously went through surveillance video footage from the Ugly Tuna Saloona and things would get even odder. Brian was seen on video chatting up two women at the bar at around 1:55 AM, right before closing time, and then he was seen stumbling off towards the bar entrance, after which he would reenter, and this would eerily be the last time he was ever seen again, not showing up on any more footage for the whole night. At no point is he ever seen leaving again, and baffled police went through every frame of the footage and were able to identify every patron at the bar that night on the camera except Shaffer who had just disappeared. Even the emergency exit camera turned up nothing at all. It was utterly baffling that he could manage to so thoroughly evade all of these cameras, and it was thought that even if he had managed to somehow leave the bar undetected surveillance cameras on the street would have certainly picked him up, especially since there was only one entrance, yet there was nothing. He had simply evaporated. There wasn’t even any trace of him shown on security cameras from three other establishments right next door.

Police thoroughly swept the area with dogs and all of the tools at their disposal, going through every nook, cranny, dumpster, and alley of the surrounding neighborhood, and even the sewer system was checked, all for nothing. Making it all even eerier is that his car was still there at his apartment complex, exactly where he had parked it and totally untouched. How had he managed to get out of that bar without a single security camera seeing him, only to vanish into thin air? This was the pressing question, and theories flew.

One was that he had somehow changed clothes and bore a disguise to get out of there undetected, but how could he do this and why? Another was that the security cameras might have missed him somehow, but this seems unlikely as he does not show up on a single frame of footage over multiple cameras, and he was furthermore known to have been at least a bit inebriated at the time, ruling out some kind of ninja-like evasion. Was he kidnapped and taken out, and if so by who and how could they have snuck him out undetected? A major theory was that he had somehow planned this and gotten away to start his life anew, but there was absolutely no sign that he had even remotely been thinking about this, and even if he had where did he go, why, and how? None of it made any sense.

Desperate authorities started questioning Brian’s friends and even his family, as well as the staff of the bar, even going as far as to subject many of them to lie detector tests, all for naught, and indeed most people hadn't even remembered seeing him. In the meantime, Brian’s girlfriend continued to try calling his phone, every time coming up with nothing, although once it oddly didn’t go to voicemail directly, ringing a full three times, perhaps a cell tower glitch. Brian’s credit card was not used during any of this. There were also a lot of tips called into the police, and there were many supposed sightings of Brian Shaffer all over the place, but none of them could be confirmed. There was a theory that Brian had somehow stumbled out of a construction exit and fell into a ditch to be covered with concrete, but this was never substantiated either, just another theory in the millions that seemed to be swirling about. It was even suspected that Brian might have been the victim of a serial killer operating in the area at the time by the name “The Smiley Face killer,” but there was no evidence at all that this was the case. 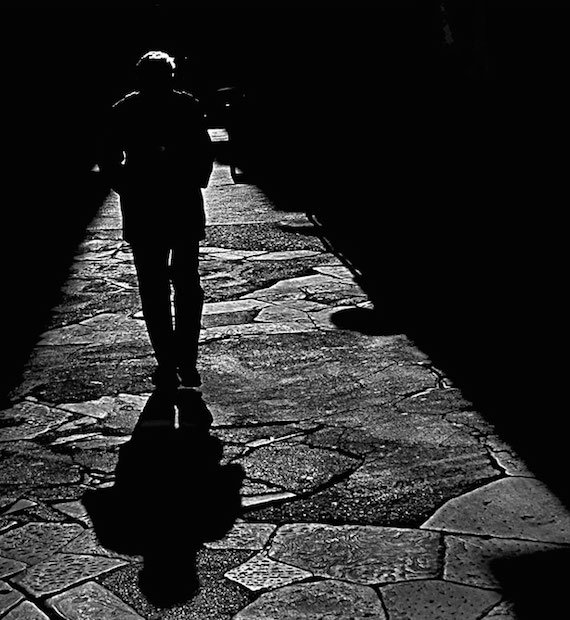 The baffling case went completely cold, and then some more tragedy would strike when Brian’s dad, Randy Shaffer, died in a freak accident in 2008 when a branch from a tree blew off in high winds and struck him dead. There was a bit of hope that Brian was still alive when a notice was posted on the obituary reading “To Dad, love Brian (U.S. Virgin Islands),” but this was thought to mostly be a hoax. Since then tips and even sightings of the missing man have continued to come in, but none of them have brought the case any closer to being solved. Even psychics have been brought in, and it has not done a thing. Brian Shaffer still remains as mysteriously vanished as ever.

We are left to wonder. What happened to Brian Shaffer? How did he get into that bar and then just manage to never come out? Was this foul play, a scheme to get away from his life, or what? How is it that not a single camera caught him leaving that place? Theories on his disappearance have run the gamut from kidnapping, to an intentional break for something else, to murder, to even alien abduction, but we are really not any closer to explaining it all than we ever have been, and the mysterious vanishing of Brian Shaffer remains one of the wierdest there is.