Italy’s Lake Garda Monster Gets Its 15 Minutes of Fame

The Loch Ness monster stars on its own 24/7 closed-circuit TV network where wannabe spotters (like a certain famous Irish viewer) can watch for Nessie anytime day or night. Of course, Nessie also gets much of the primetime water monster coverage on cable TV, leaving the rest of the aquatic cryptids to fight for 15 minutes of fame on shows like "Jeremy Wade's Dark Waters." That’s where Italy’s Lake Garda monster hit the big time recently. Does it deserve the attention?

It has a Latin name, a nickname and its own fan club, so the Lake Garda monster must be real … right? According to the Lake Garda tourism website, the name “Benacosaurus Lacustris” is based on the Latin names for Garda (Benacus) and lake (Lacustris) and deserves the “scientific” nom de plume because of its 500-year history of sightings. Not surprisingly, its nickname is Bennie.

If any lake has the potential to harbor a monster, it’s Lake Garda. The largest Italian lake is located in the north between Brescia and Verona on the edge of the Dolomites mountains and is a product of the last Ice Age. With a length of 51.6 km (32.1 mi), width of 16.7 km (10.4 mi) and depth of 136 m (446 ft), it has the size to accommodate a lake monster comfortably. It also has an abundance of fish and plenty of islands and underwater caves or grottoes for hiding. In fact, that’s where 16th century area historian and tragic poet Bongianni Gratarolo said there were sightings of large water monsters in his “Historia della Riviera di Salò.” However, most descriptions of Bennie come from more recent sightings starting around 2000.

“Judging from the descriptions made by occasional witnesses, it appears that the Benacosaurus Lacustris measures approximately 7/8 meters in length, and has a snake-like form. But he has a great big belly, and four large fins, two front and two back, which make him an excellent swimmer, not to mention his bilobate tail. His skin is shiny and without scales, and he doesn’t have many teeth, because he mostly feeds on algae and small fish.”

Bennie’s fans obviously love their monster and give it a non-threatening description and demeanor. The Lake Garza tourism site adds that it has “a great big belly” and lumps it into the same category as Nessie and the creature of Italy’s third largest lake – Lake Cumo. That monster is named Lariosauro after the prehistoric reptile Lariosaurus balsami whose fossilized remains were found by the lake in 1830. Lariosauro has been seen since 1954 and skeptics think it’s a giant otter, a big pike or a group of eels. 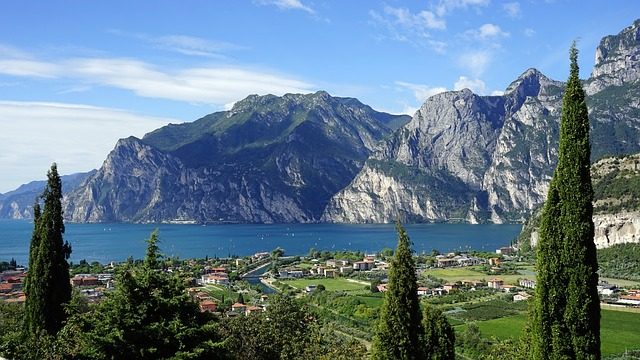 What about Bennie? Thomas Brenner, founder of the Bennie Fan Club, is also a tour guide and vendor of official Bennie books, clothes, cups, keychains and other souvenirs. He also admits being the inventor of the name Benacosaurus Lacustris but swears it’s based on the lakes history of sightings. What does Jeremy Wade think? Here’s what he told Stuff.co.nz:

"Lake Garda it's very different. The northern part of the lake is very much Loch Ness, deep sides, but as soon as you get into the south it opens out," Wade says. "You walk around, you see shallow waters, and you see weeds that should feed a small fish. You think, 'Ah, this is different'. From a biologist's point of view there is potential here for something big. For me, Lake Garda immediately popped out as somewhere there's more likely to be something."

For the rest, you have to watch "Jeremy Wade's Dark Waters."

Will Our Water Run Out?