When I was a boy, back in the halcyon days of 56 kbps modems when the internet seemed full of promise and the herald of a bright future, and the social media nightmare wasn't even a twinkle in Zuckerberg's eye, my great-grandmother, a sweet, old Italian lady, called my house in a panic asking if everyone was OK. She said that we needed to unplug our computer right away. The news said there was a computer virus running rampant and she was afraid we'd get sick. My father went over to her house to calm her down and explain how computers work, and found that she had quarantined her own computer to keep from catching the computer virus.

That's a true story, and shows two things: grandmothers are tremendous people, there was a time when all of this was brand new. A time before ransomware and widespread identity theft, when the idea of a computer virus was strange and hard to digest. We're far beyond that point now. Someone just paid $1.3 million dollars for a laptop riddled with the most destructive computer viruses ever unleashed. My, oh my, how the times do change.

Why would anyone pay such an absurd amount of money for something completely useless? We all know the answer: it's a piece of modern art. Titled "The Persistence of Chaos" (because of course it is) by artist Guo O Dong, the 2008 Samsung laptop is infected with six pieces of malware that caused $95 billion dollars in financial damages combined. It was auctioned off for $1.3 million, just a step away from the reserve price of $1.2 million. This tells me there wasn't all that many people willing to bid on it, and that's sort of comforting. 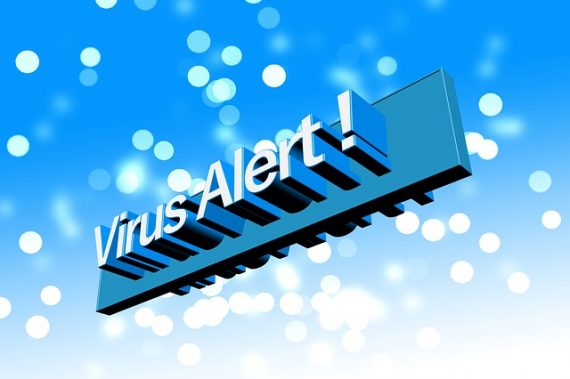 But what did the lucky, lucky winner receive? The website provides a complete description of what was auctioned:

Oh good, I'm glad they included the power cord. When I pay $1.3 million for a virus-riddled laptop, you know I need assurance that the box won't be missing the power cord.

The website also lists the viruses loaded onto the laptop: ILOVEYOU, MyDoom, SoBig, WannaCry, DarkTequila, and BlackEnergy. Most of the viruses merely caused billions in financial damages, across hundreds of thousands of computers, but, as far as conversation starters go, I have to say BlackEnergy is the real winner:

BlackEnergy 2 uses sophisticated rootkit/process-injection techniques, robust encryption, and a modular architecture known as a "dropper". BlackEnergy was used in a cyberattack that prompted a large-scale blackout in Ukraine in December 2015.

In case you're worried about these viruses getting out (because, let's be honest, it's hard to imagine whoever bought this thing is the most responsible person on the planet), rest assured that they cannot. Duo O Dong partnered with cybersecurity firm Deep Instinct to load the malware onto the machine and modify it so that it would be unable to connect to other computers and spread the virus.

All in all, it's actually pretty cool. I remember, as I'm sure many people do, when some of these viruses were in the news. It's certainly a piece of history at this point. But $1.3 million? Let this stand as a reminder, should you ever forget it, that some people are out of their minds.

Prehistoric Forest Buried For Thousands Of Years Uncovered By A Storm