In my previous article on Aleister Crowley and his time spent at Boleskine House, Loch Ness (which commenced in 1899 and ended in 1913), I began like this:  "It is very important to note that it was not random chance that, in 1899, took Aleister Crowley – most famously known as 'The Great Beast' – to the heart of Loch Ness, Scotland. The fact is that the location was just as important as was the purpose that he had in mind. In some respects, it was even more important. Crowley’s grand goal was to perform what he termed the great Operation of the Sacred Magick of Abramelin the Mage. And to successfully perform it meant that Crowley had to find an abode that perfectly fitted the requirements of the ritual, one that had to be specifically situated in an isolated spot." There is, however, far more to the strange history of Crowley and Boleskine House, as you will now come to see, in this new installment.

Crowley, who stated that Boleskine House fulfilled all of his needs, decided to begin his magical exercise at Easter, and commenced with the construction of a terrace and a lodge, something which, in total, took around six months to complete. Crowley noted that due to certain supernatural hazards that the exercise might have provoked, he invited a colleague to share the experience with him. The man in question was Charles Rosher, like Crowley a member of the Hermetic Order of the Golden Dawn, and a friend to Crowley’s teacher, Allan Bennett. Rosher intended staying with Crowley for months. He ended up leaving – or, rather, fleeing – inside of no more than three weeks. The reason: the presence of unseen, evil forces that Rosher was sure had descended upon Boleskine House and which were intent on making his life a living hell. Such was the nature of Rosher’s hasty and terrified exit, Crowley knew nothing of it until his butler informed him his friend was gone. The two did not see each other again for years.

If something supernatural and evil had descended on Boleskine House and Loch Ness, then it didn’t take long before it began affecting and infecting the people that lived around the loch. On one occasion, shortly after moving into Boleskine House, Crowley returned to the abode after a stroll in the hills, only to find a priest sitting in his, Crowley’s, study. As pale as a ghost and deeply worried, the priest confided in Crowley that the keeper of the lodge-house, a man named Hugh Gillies, and who was described as being a lifelong teetotaler, had been drunk for days and even tried to murder his own family. Things got even worse. An old friend of Crowley, from Cambridge, visited – and, like Charles Rosher, intending to stay for a lengthy period of time. He didn’t succeed either. The friend was gone in less than two weeks, after displaying panic-attack-style symptoms, and telling Crowley, in fear-filled tones, that Boleskine House was filled with terrible, malevolent spirits.

Crowley himself acknowledged the claims of a bleak and eerie atmosphere. He specifically chose to work in the one room, more than any other, that offered a fair degree of sunlight – and which was in stark contrast to the rest of the house. Even in that particular room, though, Crowley was forced to introduce artificial lighting, such was its bleak and shadowy atmosphere. It turns out that around this time Crowley had a falling out with various individuals in the Order, and so he took himself off to Mexico for a while, where he had adventurous times, scaling peaks with English mountain-climber, Oscar Johannes Ludwig Eckenstein. Nevertheless, the magnet-like lure of Loch Ness and Boleskine House drew the Great Beast back to Scotland, and he continued with his studies and plans. He got married, too. 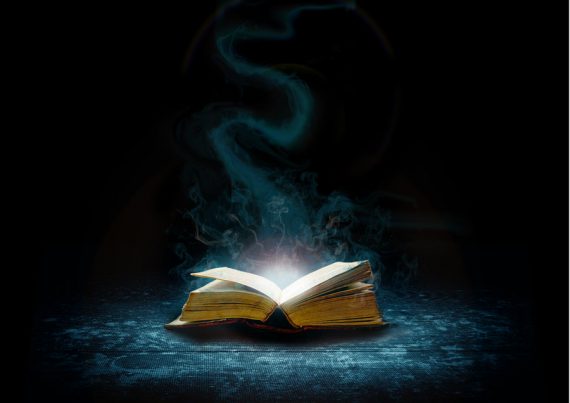 “I shall always feel a little grateful to Boleskine for giving me my wife,” said Crowley. He was talking of his beloved, Rose Edith Kelly, who he wed in 1903. “Although in later years,” he revealed, “this union which held so much for both of us whilst it lasted became a domestic tragedy.” It was after their travels around Egypt that Crowley and Rose returned to Boleskine House. Things did not go well. A “rival magician” surfaced, Samuel Liddell Mathers, a founder of the Hermetic Order of the Golden Dawn. Crowley believed that Mathers caused his entire pack of bloodhounds to die under mysterious, supernatural circumstances. His servants began to fall ill, with all manner of ailments. Then, worst of all, on one particular morning, Crowley heard wild, hysterical screaming and cursing coming from the kitchen. A workman had become inexplicably rage-filled and attacked Rose. Such was the frenzied and ferocious state the man had been plunged into, Crowley and his staff were forced to lock the deranged man in the coal-cellar and await the arrival of the local police.

Rose fortunately recovered, but there was still more tragedy to come. In 1911, Crowley was forced to have Rose committed to an asylum, as a result of the onset of dementia which had been provoked by her out of control alcoholism. Crowley left Boleskine House, forever, two years later, in 1913.