More on the Matter of Supernatural Monsters & Creatures

Well, in the wake of the publication of my 2-part article on the U.K.'s "Alien Big Cats" phenomenon, a number of people have contacted me asking something along the lines of: "Does this mean you think all creatures that fall under the banner of Cryptozoology are supernatural?" The answer to that question is "No, I don't." As I pointed out in part-1 of the ABC phenomenon article, there are valid, wholly down-to-earth reasons as to why people are seeing Alien Big Cats in the U.K. But, as I noted in part-2, there are some cases that are much weirder and that are very difficult to explain without bringing the world of the supernatural into the matter. So, I think there are two issues here: one is that some ABCs are supernatural and others are escapees from private enclosures, or pets that got out of hand, etc. And, I see that "two sides" angle in relation to other so-called "cryptid" creatures too. Let's take a look at a few examples.

There are, in my opinion, what we might term "unknown apes" in various parts of the world. One of them is the Yeren of China. It's described as being a large, ape-like animal that even towers over Bigfoot - and that's saying something! Now, I don't for one minute think that the Yeren is a supernatural creature. I would not be at all surprised (should we ever get the evidence, of course) that the Yerens are actually surviving pockets of a massive ape known as Gigantopithecus. Up until its (presumed) demise hundreds of years ago, it roamed the very areas where the Yeren is seen to this day. The same goes for the Orang-Pendek of Sumatra. It's very much a scaled-down unknown ape; certainly nowhere near the size of the Yeren. And, when it comes to the nature of the Orang-Pendek, I see zero reason to suggest that it has even the remotest supernatural aspect attached to it. Then, there is Bigfoot. Here's where my views change. 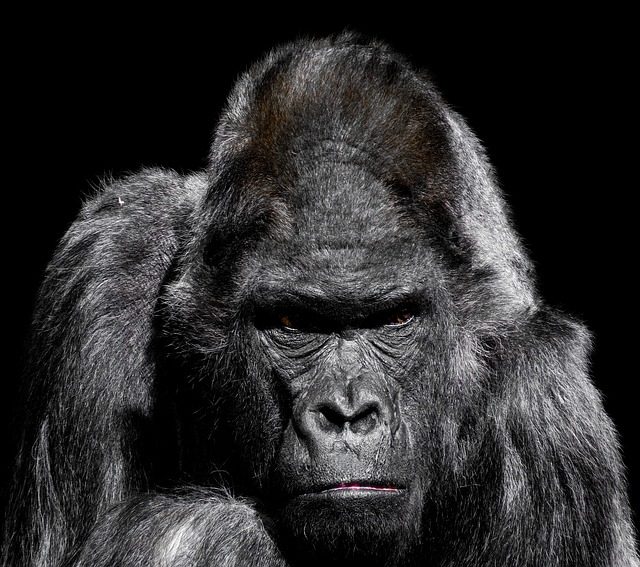 The overwhelming majority of all Bigfoot reports are of fleeting sightings of the creatures. They are very often encountered late at night, racing across roads, or roaming through vast woods. Most Bigfoot reports (in fact, the overwhelming majority) don't have even a single supernatural component attached to them. But, here's the important thing: there are a small body of reports that are suggestive of a paranormal angle to Bigfoot. The late Rob Riggs (the author of an excellent Bigfoot-themed book, In the Big Thicket) was someone who came to believe that Bigfoot was far more than just a large, unidentified ape. Rob, who I got to know as a friend, obtained a number of cases from Texas's aforementioned Big Thicket which involved Bigfoot creatures surrounded by strange, glowing, balls of light. There are other cases from the Big Thicket of a Bigfoot quite literally vanishing before the eyes of startled witnesses. In 1973, there was a huge wave of encounters in Pennsylvania in which Bigfoot creatures were seen at the same time and location as UFOs. Even the Men in Black were on the scene in seventy-three.

Some might say that the Loch Ness Monsters are plesiosaurs or giant eels. I say "Nope." There is a significant body of high-strangeness at the loch. Yes, people have seen - and reported - creatures that do look like plesiosaurs or eels. Others, though, have described camel-like animals, huge frog-type beasts, tusked monsters, and more. There has been a significant amount of UFO activity at the loch. Aleister Crowley had a home at Loch Ness (Boleskine House), and performed all manner of rituals in its confines. Do I think there's a good chance the Nessies are supernatural shape-shifters? Yes, I do. But, does that mean all lake-monsters are supernatural? Maybe. Maybe not. I'm still in two minds on that matter. But, there's no doubt in my mind that the Nessies are not animals in the way we understand things.

Finally, there's the matter of the Dogman, which is coming more and more to the forefront of Cryptozoology. Some witnesses describe the creatures - often seen in Michigan, Wisconsin, and Ohio - as resembling giant wolves. This has led to the suggestion they might be surviving "Dire Wolves" of times long gone. Maybe they are. On the other hand, though, some witnesses have said that the creatures they encountered rose up onto their back legs, giving them an eerie werewolf-like appearance. The Dogmen lurk around graveyards, Native American land, cemeteries, old bridges, crossroads - places that are all traditionally linked to paranormal phenomena. If all that people were seeing were huge wolf-like animals, I might be inclined to think that, incredibly, they really might be Dire Wolves and nothing else. But, (a) the specific locations; and (b) the issue of the creatures going from four-legs to two make me think that we're dealing with something supernatural. So, in conclusion, no I don't think that all Cryptids are paranormal. But, I do think that a hell of a lot of them are.