Planning your summer vacation and hoping to visit a place where you might see a Sasquatch? Looking for a new home with a back porch overlooking Bigfoot country? The Travel Channel has heard your cries for help. This week, the cable network released its list of “The 8 Best Places to See Bigfoot Right Now” and it’s sure to have some state tourism bureaus happy and others wondering if they can trade their giant ball of string or Cadillac Stonehenge for a Bigfoot or two and the tourism and housing dollars they seem to attract.

There’s no surprise the state trying to put Bigfoot on its license plates and make it the official state cryptid is the best place to see one of the elusive creatures. That was confirmed by what the Travel Channel says is “never-before-released data from the Bigfoot Field Researchers Organization (BFRO) collected using “BFRO’s Follow-up Log and Tracking System (FLATS).” FLATS reported a total of 2,032 sightings in Washington so far and circled the Blue Mountains and Ape Canyon as the best viewing locations. 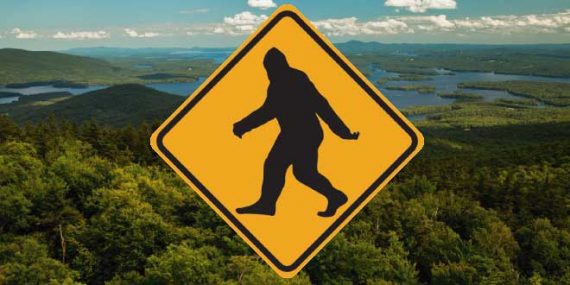 This one is no surprise either with 1,697 sightings. California has the forested mountains and fertile valleys to keep plenty of Sasquatch hidden and well-fed.

If you’re looking for a home near Bigfoot east of the Mississippi, the Keystone State is the place to move to, especially near the Appalachians where many of its 1,340 sightings have occurred. Leave the big cities for the football fans and head for the lush farmlands and orchards for a chance to see Bigfoot or Albatwitch, the mini Bigfoot that is known for throwing apples.

Here’s the first surprise on the list. Michigan is best known for the Dogman, but its 1,131 Bigfoot sightings makes it a great place for cryptid lovers looking for a two-fer, especially in the more forested Upper Peninsula and near the Seney National Wildlife Refuge.

Another surprise for those who think New York is basically New York City. The ‘named’ monster of the state is Champ, the legendary creature of Lake Champlain, but Lake George in the Adirondacks has enough Bigfoot sightings to help life New York’s total to 1,068 sightings and allow nearby Whitehall to host an annual Sasquatch Calling Contest and Festival. Whitehall is in Washington County … could it be attracting lost or confused Washington State Bigfoot? 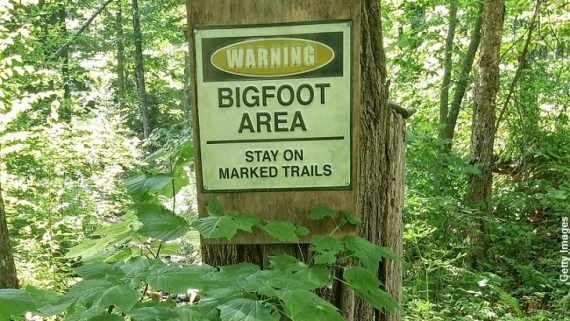 A good way to tell if a state has a lot of Bigfoot sightings is to check for Bigfoot festivals and Ohio hosts one of the nation’s largest, the Ohio Bigfoot Conference. The Buckeye State has had enough audio recordings of Bigfoot to become known for the “Ohio howl” and so many of its 1,042 sightings have occurred in flat areas that those cryptids are more commonly known as the “Ohio Grassman.”

With Washington and California already on the list, it’s expected that Oregon be high up on it as well, even if the Bigfoot are just passing through. Its 1,009 sightings makes the Pacific Northwest the best geographic area to move to or visit for possible Bigfoot sightings.

There’s a big drop in sightings after number 7, which allows Texas, having far fewer mountains and forest areas than the top states, to sneak in at number 8 with 806 sightings. The Piney Woods area of East Texas, which stretches into southern Arkansas, western Louisiana, and southeastern Oklahoma, is the best place for Lone Star Sasquatch spotting. The Big Thicket National Preserve farther south is also a good spot, especially for those who still want to be close to civilization.

This list has the entire Pacific Northwest, a big chuck of the upper Midwest and Texas. If you can’t find a place to live or visit in those Bigfoot-laden areas, you’re too picky. And if your state's not on the list, wait a few years. After all, it's just the 8 best places to see Bigfoot "right now.”

Taking a Look at the “Little-Foot” of Indonesia