The Loch Ness Monster may get all of the love and publicity, but other mysterious lake and sea creatures, like actresses vying for attention when Meryl Streep is in the room, are still bobbing around and their fan bases, while smaller, work just as hard to prove their existence. A good example is Alaska's Iliamna Lake Monster, which is next up for 15 minutes of cryptid fame as a local photographer is attempting to capture the monster with his underwater camera while at the same time collecting deep water samples to test for monster DNA. Will he do what Nessie fans haven’t … yet?

“If we see a new species, that would be pretty fascinating.”

Bruce Wright, a former marine ecologist with the National Marine Fisheries Service, doesn’t use the M-word in his recent interview with the Anchorage Daily News where he describes his new Illie-hunting venture, but that doesn’t mean he’s not a believer … or at least a hope-er. His interest began in 2010 when the ITV series “River Monsters” came to the 77 mile-long, 22 mile-wide, 988 feet-deep lake for an episode titled “Alaskan Horror.” Nothing horrific was found by the show but they did catch a white sturgeon, which can grow to 20 feet in length. 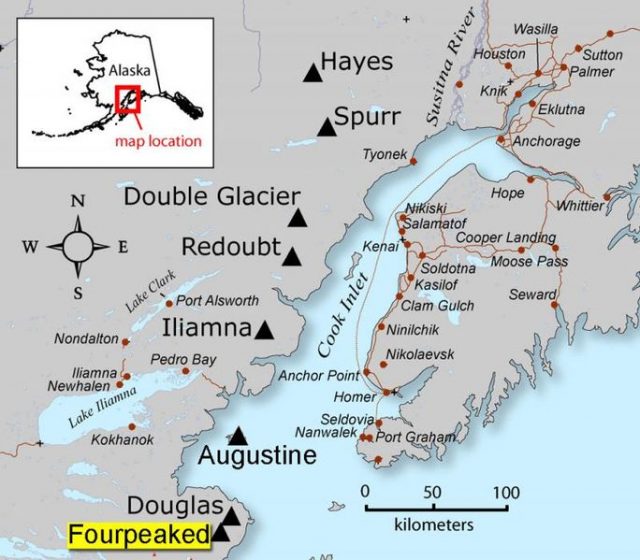 Wright found out that the native Tlingit people claimed sightings of 30-foot creatures with square heads that ram boats. In 2017, longtime local fisherman Gary Nielsen and a few others claimed to have witnessed three huge black creatures in Iliamna Lake, with one estimated to have been over 60 feet long. That same year, Mark Stigar, hoping to catch a monster, reeled in his heavy-duty, 200-foot longline baited with salmon heads and found that something was chewing on the line and tangled it up severely. Stigar believes it was bigger than the lake’s seals.

“At that point, I decided I don’t want to catch the thing anymore, because there’s truly something here. And if it is a sleeper shark, it may be the oldest living creature on the planet.”

Those sightings and reports, like every other one of Illie, did not result in any pictures or videos. Stigar has agreed to help Wright, who also suspects the Illie could be a lost Pacific sleeper shark (Somniosus pacificus).

In June, Wright plans to lower a deep-water video camera to the bottom of Iliamna Lake in what he believes is the first attempt ever to capture an underwater photo of … something. The camera system will include equipment to collect water from the lake’s bottom, which the U.S. Geological Survey has agreed to test for DNA samples of sleeper sharks, seals, whales or, by process of elimination, Illie.

"And if I find a sleeper shark, that’s worth the effort too. There will be plenty of questions about why they’re there and how do they make a living.”

While Wright wants to find Illie or a new species, he’ll settle for a sleeper shark, especially since they have never been seen, dead or alive, in Iliamna Lake. The good news is, the Iliamna Lake monster is getting some well-deserved attention and a real photographic and somewhat scientific investigation. That beats some guy in Ireland watching a CCTV feed from Loch Ness and claiming Nessie sightings any day.

Bigfoot: A Chaser of Cars?!