Today's article tells a strange story that began in 1952 with a man named Harold H. Fulton, who died in 1986. Back in fifty-two, Fulton was a sergeant in the Royal New Zealand Air Force and established the New Zealand-based Civilian Saucer Investigation. It was an organization dedicated to investigating the UFO phenomenon. The CSI proved to be an extremely successful venture for Fulton: in less than a year, he had more than five hundred subscribers to his journal, which went by the title of Flying Saucers. It wasn’t long after the revelations concerning Albert Bender’s torturous encounters with the Men in Black surfaced that Fulton contacted Bender. A lengthy period of correspondence between the two duly followed. Indeed, Fulton had established a connection with numerous UFO researchers in the United States, including Gray Barker, who, in 1962, published Albert Bender’s MIB-themed book, Flying Saucers and the Three Men. 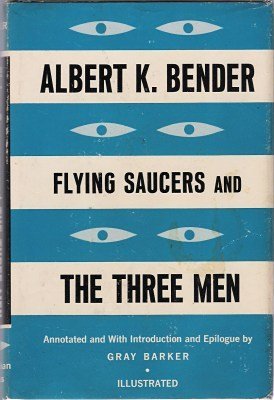 The letters between Fulton and Bender (in my possession) make it very clear that Fulton was concerned that whatever it was that had got its grips into Bender was, by the summer of 1953, now doing exactly the same with him. Fulton told Bender (and MIB investigator/author Gray Barker, too) that on several occasions he experienced in his home the very same overpowering odor of sulfur-meets-rotten-eggs that Bender had talked about. Equally disturbing, Fulton began to see vague, shadowy, human-like figures out of his peripheral vision – and usually late at night, and always when he was engaged in his UFO research. They were wizened, goblin-like things that crept around Fulton’s home, in what amounted to almost a taunting fashion: they wanted to be seen, but not too closely. A bad sign that the Shadow People were on the move, perhaps?

Then, in August 1953, Fulton and his wife both experienced that overpowering odor together – and which filled their entire house. Only a couple of nights later, the pair was woken by the sounds of something pounding hard and violently on one of the walls of their home. And, just a couple of nights after that, Mrs. Fulton saw an orange-pink ball of light hovering near the door to their bedroom. It was a period of highly disturbing proportions and unsettling manifestations, all rolled into one. Fulton, however, was not the only New Zealand-based UFO investigator to find himself up to his neck in supernatural weirdness. There were others too. And their encounters were no less worrying. 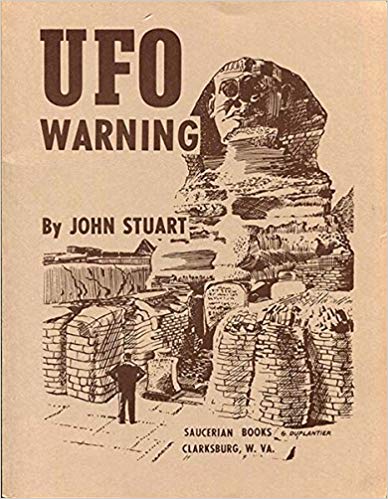 Late one night in 1952, Fulton confided in Albert Bender that a researcher from Hamilton, New Zealand named John Stuart – author of UFO Warning - had a somewhat unsettling, recent experience that had severely messed with his nerves. Midnight was closing in when Stuart – at the time, fast asleep in bed – was jolted awake by the sound of the phone ringing. Of course, and quite naturally, the first thing to cross Stuart’s mind was that it was someone calling him with bad news. Well, in a very strange way, it was. But, not the kind of bad news that you might expect to receive in the early hours. The eerie and almost-robotic voice at the other end of the line warned Stuart to quit digging into the UFO mystery. Or be prepared to pay a very heavy price. The phone then went dead. Gray Barker later wrote that after the call, Stuart poured himself a stiff drink to calm his nerves. No doubt! Robert S. Ellwood, the author of Islands of the Dawn: The Story of Alternative Spirituality in New Zealand, said of the mysterious voice that it was if “some kind of machine had learned to talk.” That, however, was not the only encounter of the sinister kind that Stuart found himself in. 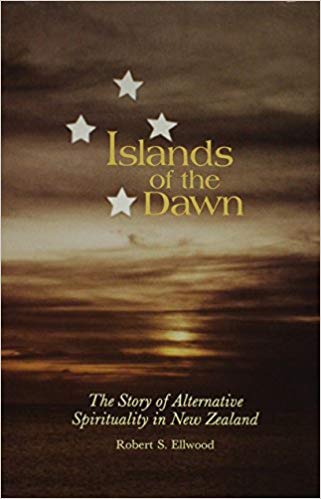 In 1953, Stuart worked closely with a woman named Doreen Wilkinson, who shared Stuart’s passion for UFOs. There may have been other passions at work, too. Certainly, there were hushed rumors among New Zealand’s closely knit UFO research community that Stuart, a married man, and Doreen were far more than just good friends. They were rumors that both vehemently denied. Maybe, they denied those same rumors just a tad too vehemently. We’ll never now know.

What went unknown for a long time was that on a number of occasions in the early hours of the morning – which was typically when the pair did their research – Doreen seemed to take on a different personality. It was one of a sexual seductress. Stuart was, at first, of the opinion that this was due to the manipulative powers of aliens, who he believed may have been interested in the nature of human sexuality, and who were somehow actively controlling Doreen’s mind and body. Stuart soon came to think something very different, however: that Doreen was periodically under the possession of a literal demonic entity that was masquerading as an extraterrestrial – according to Harold Fulton, at least, who had picked up on various portions of the story and then passed them on to Albert Bender.

Things only got progressively worse: late one night a wild and diabolical, hair-covered humanoid creature manifested right inside Stuart’s home. The thing made a move on terrified Doreen – but then inexplicably vanished. Then, a couple of nights later, when she was alone, Doreen was reportedly assaulted by an invisible creature as she lay naked on her bed. There was, however, evidence that this was not just the product of the human mind: Doreen was covered in small, unexplained scratches. Perhaps not surprisingly, both John and Doreen walked away from Ufology. Maybe, even, they ran. After all, who could blame them for that?