You’ve probably heard of the Hollow Earth theory – the idea that the planet is a mere shell with openings, usually at North and South poles, through which residents of the underworld can exit and surface dwellers can enter … if they dare. Edmond Halley – the noted astronomer, astronomer, geophysicist, mathematician and Halley’s Comet predictor – was an early proponent of the Hollow Earth theory. Now, a former NASA scientist has proposed a similar and equally radical theory – that the Earth was formed eons ago around a tiny black hole that still exists and is responsible for volcanoes, earthquakes, the planet’s magnetic field and more. Is this possible? Will it inspire any novels, movies, songs or Nazi conspiracy theories?

"Billions of years ago, Earth would have formed around this tiny black hole just as pearl forms around a grain of sand. That black hole would be responsible for generating Earth's internal heat, which causes volcanoes and earthquakes but has also caused our island to form."

According to her LinkedIn page, Louise Riofrio studied physics and astronomy at San Francisco State University and worked for ten years at NASA’s Johnson Space Center in Houston assisting senior scientists in Oceaneering Space Systems. According to The Daily Star, she’s currently involved in a project to place an atomic clock on the International Space Station to test her other big theory that the speed of light is changing – something that could facilitate time travel. Any mention of time travel and the speed of light these days always brings in black holes, and Riofrio recently sat down with the website thirdphaseofmoon to discuss her ‘black hole in the center of the Earth’ theory. (Watch the interview here.)

Yes, it does seem odd that a former NASA scientist currently working on an ISS project wouldn’t explain her theories in scientific journals rather than to a tabloid and a conspiracy theory website. Is this idea so radical that they won’t touch it?

“So then we do not have to fear black holes. Our life could not exist or our planet could not exist, if not for them. And in the future they could be an immense source of energy – something as revolutionary as nuclear power in the last century.”

Riofrio say the Earth’s black hole is the size of a grain of sand but has the weight of the Moon. She’s not proposing a Jules Verne journey to the center of the earth, but points out that CERN has been rumored to be creating tiny black holes on the surface.

"But do not worry. Even if there's a black hole on this table, it would not suck us, and that's just a simple math. Do not bother them, it would only sink to the bottom of the earth and hit the black hole there already. "

An interesting theory … and a possible movie plot. It would be nice if this or her ‘variable speed of light’ theory were reviewed by space scientists, physicists or astronomers, but there doesn’t seem to be any other information about them or Riofrio. Her book, The Speed of Light, was self-published in 2014 and doesn’t seem to have any peer reviews either. 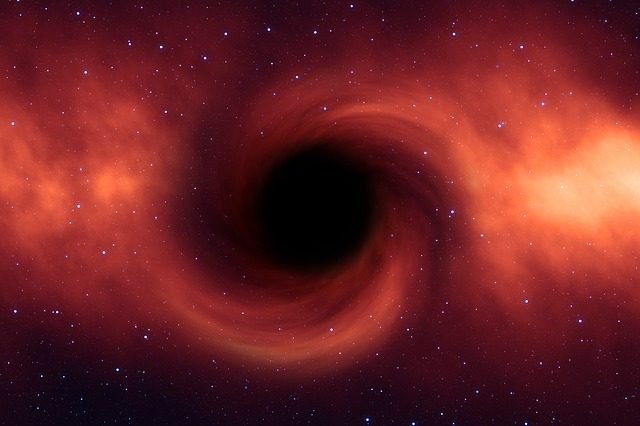 While this ‘black hole in the center of the earth’ idea does have a certain sci-fi movie appeal, with so little evidence and no scientific reviews or rebuttals, the needle on the meter is heading for that black hole known as “highly skeptical.”