Secret Sex and a Pair of Bizarre Unsolved Deaths

Mysterious deaths come in a variety of flavors, each a different subspecies of weirdness. In some the identity of the killer cannot be identified. In others there seems to be no motive. In still others it cannot be ascertained just how the victim has died to begin with. In the rarest of cases all of these remain unanswered, and one such case comes to us from a well-to-do suburb of Australia, where two people meeting up for an amorous rendezvous seem to have just dropped dead for reasons that remain unknown, unexplained, and truly mysterious to this day.

It was a quiet, clear morning on New Year’s Day, 1963, and on this fine morning two young boys were making their way along the quaint Lane Cove River, near the upscale Chatswood suburb of Sydney, Australia. The two kids had been out that morning picking through the bushes and scrub along the riverside looking to gather stray golf balls from a nearby golf course, but they would find something altogether stranger out there, and so would begin one of the wildest, most baffling cases of mysterious deaths Australia had ever seen before or since.

It began when the two boys noticed the figure of a man lying face down in the brush by the river at a place called Fuller’s Bridge, which while odd was not at the time particularly scary, as they had just figured he was someone passed out drunk from one of the many New Year’s Eve parties that had gone on in the area the night before. They then noticed that the man was still there over an hour later and had not moved at all, and that his face had a bluish cast, which raised their suspicions that something was wrong and they called the police. It soon became apparent that the man was very dead, wearing a suit jacket and naked from the waist down, and covered with a piece of carpet under his jacket, as well as his suits pants neatly laid on top of him. Making things more tragic, they would soon find the body of a woman upon the riverbed nearby, also half-naked and covered with torn off sheets of crumpled cardboard for reasons unknown.

Authorities quickly ascertained the identities of the victims, and they were far from nobodies. The man was found to be 38-year-old Dr. Gilbert Bogle, a brilliant physicist who worked at the Commonwealth Scientific and Industrial Research Organisation (CSIRO) and who was involved with work in the United States on quantum electronics. Indeed, he had been scheduled to make a trip to the U.S. on a business trip along with his wife and kids a few days later. The woman was identified as 28-year-old Margaret Chandler, who happened to be married to a prominent science photographer named Geoffrey Chandler, who actually worked in the same CSIRO building as Dr. Bogle. Now they knew who the two bodies were, but why were they there by the river and why were they dead? This is where things would get more mysterious.

Considering that Bogle was known as a bit of a womanizer and Chandler had been unhappy with her marriage, it was fairly simple to ascertain why they had been there by the river in the first place. They had attended a New Year’s Party together at Chatswood the night before their bodies had been found, leaving at 4 AM to make their way down to the Lane Cove River, a notorious lover’s lane, in order to have an adulterous liaison before they were found dead several hours later. What had happened to them was a bit harder to figure out, although whatever it was had happened before they had actually done the deed, as Chandler’s body showed no signs that sexual intercourse had yet occurred.

The main problem in piecing it all together was that even though the corpses were very fresh no one could figure out what the cause of death was. There were no injuries or marks on them, no sign of struggle, and no trace of any toxin, poison, drugs, or anything else that could have killed them found in their systems. The only thing remotely strange were some faint purple patches found on the skin, the origins of which no one could figure out. The best guess the coroner could come up with was that they had been killed by some sort of unidentified fast-acting poison that had dropped them on the spot, which was somewhat supported by evidence that the two had vomited profusely before their deaths, but since there was no trace of anything suspicious in their blood the official prognosis was that they had died of “acute circulatory failure,” which could really be anything. There were even radiation readings taken at the site, which turned up nothing.

Whatever the mysterious cause of death was, it was mostly agreed upon by authorities that the two had been killed and then their bodies covered, but by who, how, and why? One suspect was Geoffrey Chandler, husband of one of the victims, who may have gotten wind of the affair and killed them in a jealous rage, but it was found that he had left the party at around midnight to meet up for an affair of his own with his mistress, and it also came out that the two had been in an open relationship where they had allowed each other to have flings with other people. It could also have been the jealous husband of one of Bogle’s other affairs, or even an angry ex-girlfriend, but there was no hard evidence to this effect. Bogle’s own wife was never considered a suspect because she seemed to have no idea what her husband had been up to, and furthermore had a watertight alibi for the evening of the murders, having been at home the whole night with her four children. Police entertained the idea that an unrepentant voyeur in the area named Raymond Challis might have done it, but there was a lack of evidence and he was not charged.

A more mysterious theory permeated by conspiracy was that Bogle had been involved in some sort of top secret government research and he had been killed by spies, or even been silenced by his own organization for threatening to expose sensitive secrets. Related to this was that Bogle himself might have been a spy who had gotten in over his head in something and been assassinated by a rival spy organization, with Chandler just being in the wrong place at the wrong time. While all of this talk of top secret research and espionage was very intriguing, there was no evidence at all other than if it had been poison then it had been of a very advanced type to work so quickly and leave no signs behind. 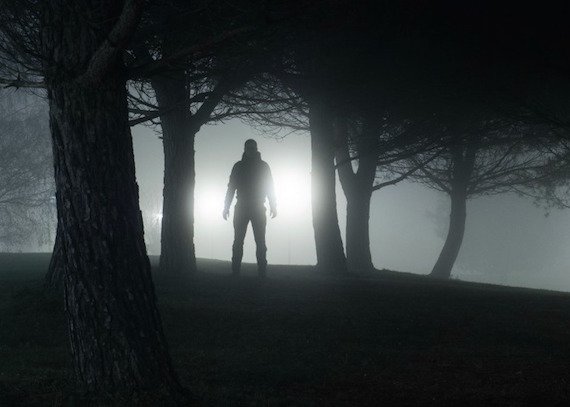 Other theories included that they had had heart attacks from excitement or that they had overdosed on some exotic aphrodisiac or untraceable recreational drug, but these led nowhere. With no suspects, no motive, and not even a certain cause of death the mysterious case went cold for decades. It would not be until 2006 that any sort of revolutionary new theory would emerge, with a documentary on the enigmatic case by film maker and author Peter Butt, entitled Who Killed Dr. Bogle and Mrs. Chandler? In the film, Butt suggests that the lovers were not murdered at all, but rather that they were killed by a killer cloud of hydrogen sulfide gas from the polluted nearby river. Indeed, a nearby factory had long pumped waste into the river to the point that local residents often complained of a smell like rotting eggs, and it might also explain the purple discoloration on their skin, which is indicative of hydrogen sulfide poisoning.

In this scenario, Bogle and Chandler had been in the midst of passion when the gas bubbled up to the surface and erupted to suffocate them without warning and quickly enough that they had not even had time to get their clothes back on. Butt would later claim in 2016 that he had been in contact with a psychologist who had told him that in 1965 he had spoken to a young woman claiming to have seen the deaths while looking for her lost purse after a New Year’s party. The unnamed psychologist allegedly told Butt that the witness and her friend had seen the two victims engaging in sexual activity when they suddenly seemed to start choking. Butt would write of this testimony in his book Dr Bogle and Mrs Chandler: The Confession, saying of what the witness had seen:

At some point, the woman said loudly, 'Why have you stopped?'. He said nothing and she asked him to 'Keep on going'. Then suddenly the woman grabbed her throat and made a strangling noise and got up and staggered off," the psychologist recalled. After a few minutes, he rolled over or moved some short distance and my memory suggests she said he moved away from the water and up the slope. They waited a little while till there was no noise to look for the purse. They smelled some rotten egg gas, but it seemed to go away as they moved closer to the edge of the water. As they searched, they discussed why the couple had acted so strangely and just assumed they'd been on drugs or something.

This certainly seems to suggest that perhaps they were indeed suddenly poisoned by a cloud of hydrogen sulfide after all. However, there is no way to know if this unidentified woman was telling the truth, and considering so much time has passed it is likely a dead end. Also, if this hydrogen sulfide had been so potent and lethal, then it does seem odd that no one else in the area was affected by it at the time, leaving it all as speculation. Interestingly, not long after this 2006 documentary was released another mystery was possibly solved related to why the bodies had been covered, which had been an argument against the sulfide cloud idea, when a local greyhound trainer admitted to having been the one to cover the bodies after stumbling across them, and who wasn’t pursued as an actual suspect. In the end, while Butt has raised interesting questions and possible evidence, the case remains unsolved and the deaths as mysterious as ever.

So what happened to these two love birds out there by the river? How had they dropped dead so fast without leaving any evidence behind? Were they murdered, and if so by who and more importantly how? Was this just a case of being at the wrong place at the wrong time and they succumbed to deadly gas? If so how is it that no one else in the area experienced it? Why is it that we still don't know how these two died, after decades of investigation? We have here an unsolved case that has never been properly explained, two people who seem to have just dropped dead. Doesn't that seem odd? Whatever the answers to any of these questions might be, the case of Dr. Gilbert Bogle and Margaret Chandler has gone on to become one of Australia's most bizarre and confounding unsolved cases.

Curving Through Time: How a Modern Canadian Classic Hints at a Legendary Mystery