She’s Back! Woman Who Married and Divorced Pirate’s Ghost Has Him Exorcised

She claimed to fall in love with and marry a 300-year-old ghost of a pirate who claimed he was the inspiration for the Jack Sparrow character of “Pirates of the Caribbean” fame -- which Disney begged to differ with and who ironically (or perhaps coincidentally?) she was a professional impersonator of. She then divorced the pirate ghost for unexplained reasons but warned other ghost lovers that marrying one is “not something to mess with.” Now, Amanda Teague, the Ghost’s Wife, is back in the news with the latest chapter in her unusual tale – she claims she had to exorcise his spirit from her body because he was trying to kill her. Is this for real or a plotline for Murder on the Disoriented Express?

“I was getting abscesses recurring all the time after Jack and I would have any sexual relationship. It was something that was at the back of my mind – I never had these before I was with Jack.”

That right there would be enough for most ordinary women to think about divorce … but Amanda Teague was no ordinary woman and Jack was no ordinary man. Penicillin is not something that is known to rid ghosts of STDs, but Amanda soon realized that she needed more than getting rid of a disease … she had to get rid of Jack himself.

“I know the symptoms of possession and the possibility that she would need a part of it is ill health.”

Besides the abscesses, the sepsis and the strong possibility that she would need a colostomy bag, it was another ghost that finally convinced Amanda that she needed an exorcism … the ghost of her recently departed dog Toby who she asked Jack to watch over until she joined them in the afterlife.

“I knew his passing was imminent and I’d asked Jack to keep him until it was my time so we’d all be together. But Toby wouldn’t go to Jack, he was incredibly aggressive and wouldn’t go near him. In the end, he had to go to my mother because he just didn’t want to be near him. Animals are quite intuitive about people so this was a big red flag to me.”

Perhaps “reddish flag” would be a better description, since Amanda says she tried that one last option that women can wield – she withheld sex from Jack. (How do you do that with a ghost? She may be saving that explanation for her inevitable book or movie.)

“Once I stopped having sexual contact with Jack, the abscesses started to improve. And I’d say that was literally the best three weeks I’d had since we got married.”

“So anyway, one night, a friend of mine got married to her spiritual partner and Jack and I ended up being intimate. The very next day, the abscess was back with a vengeance.” 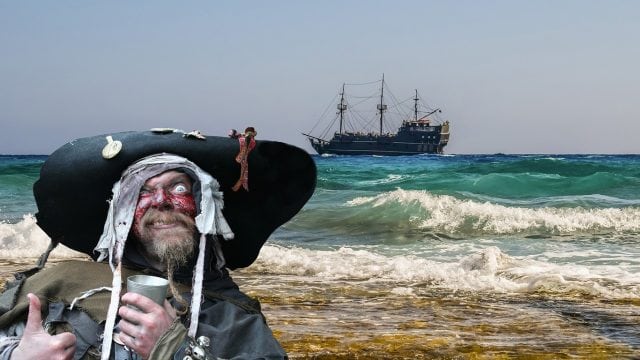 Now THAT is a red flag. Amanda revealed to Metro UK that she finally called an exorcist in December who rid her of Jack and, in her mind, saved her life.

“Previously, I’d had an MRI scan in November which showed that my bowel was perforated. That’s something that doesn’t heal without surgery. So I had the exorcism and incredibly it healed up. I’ve not had any more abscesses or bowel problems at all since then. I went to the hospital recently and the junior doctor called in a consultant because she was like “I’ve never seen this before.””

Amanda Teague says she’s sworn off dating, marrying, divorcing and even communicating with spirits because “I’m terrified.” While that may hold Jack back for a while, she’s working on a book (told you) and he could be back for a cut of the residuals … or a role in the movie. After all, he looks like Johnny Depp.

The Strange Vanishing and Reappearance of Sherri Papini