Sinister Tales of Deadly Monsters of the Deep

The most important aspect of the famous saga of St. Columba and the Loch Ness Monster is that which suggests an unfortunate soul was violently slaughtered by one of the creatures of the loch. As for why it’s so important, the answer is as intriguing as it is disturbing. Within the folklore of Loch Ness and much of Scotland, there are centuries-old legends and myths concerning supernatural, violent, shape-shifting creatures known as kelpies and water-horses.  It should be noted, though, that although the creatures are assumed to be one and the same, there is one noticeable difference between the tales that specifically refer to kelpies and those that talk about water-horses. Typically, water-horses are far more at home in deep, sprawling lakes, while kelpies prefer pools, rivers, marshes, and lakes of a particularly compact kind. Then, there is a variant of the kelpie known as the Each-Uisge, which is a far more murderous monster than the kelpie, but which is clearly of the same supernatural stock.

The term, Kelpie, has unclear origins; although the most likely explanation is that it is a distortion of the Gaelic calpa, which translates as heifer. Kelpies are terrifying, murderous creatures that lurk in the depths of Scottish lochs, canals and rivers – and more than a few of them in Loch Ness. Not only that, like werewolves, kelpies are definitive shape-shifters; creatures that can take on multiple guises, including hideous serpentine monsters, horses, hair-covered humanoids, beautiful maidens of the mermaid variety, and horse-like creatures. The kelpie is solely driven to by a crazed goal to drown the unwary by enticing and dragging them into the depths, killing them in the process. 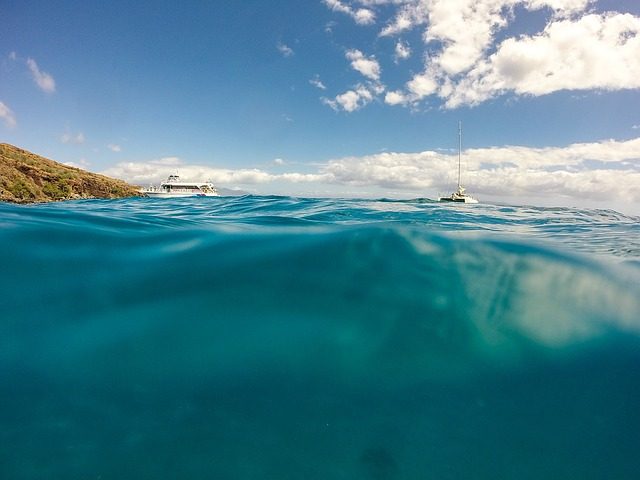 While numerous, old bodies of water in Scotland have kelpie legends attached to them, it’s surely no coincidence that the bulk of the legends are focused upon Loch Ness. It’s also notable that a number reports of the Loch Ness Monsters suggest they have mane-like hair flowing down the back of their head and neck – not unlike the mane of a horse, which may well have prompted both the name and imagery of the water-horse. Reports of, and legends pertaining to, strange creatures in the large lochs of Scotland date back centuries – specifically to the 6th century, as we have seen with the St. Columba affair of 563 AD. With hindsight, they sound very much like kelpies, even though they had acutely different names and titles. In 1900, Alexander Carmichael, for example, told of a beast known as the Glaistic. It was a hideous monstrosity. Half-human and half-goat, it hid in isolated bodies of water, always ready to pounce on, and slaughter, the unwary and the unfortunate.

Moving on, we have the Lavellan, described by some as a shrew-like animal and by others as a lizard-style beast. Both its saliva and breath were said to be deadly – to both man and beast. Loch Tummel, in Perthshire, Scotland has its own kelpie, even though it, too, goes by another name, the Buarach-Bhaoi. Highland Perthshire Tourism says of this fearsome thing that it resembled nothing less than a gigantic leech which typically wrapped itself around horses and then dragged them into the depths of its underwater abode – and draining the unfortunate animals of blood in definitive vampire style.

Loch Lindie was the deadly domain of Madge, a violent, murderous monster that, said Edward Nicholson, in 1897, had the power to morph into numerous forms, including those of a raven, a cow, a horse, and a hare. Similarly, Loch Leathan was the lair of the deadly Boobrie, yet another body-altering thing with nothing but cold-hearted killing on its crazed mind. So far as can be determined it was in the late 1700s those words, kelpies and water-horses, first appeared in print. It’s a story that has its origins in the 1740s, however. That was when a renowned poet, William Collins, who died while still in his thirties, made mention of the kelpie in one of his many odes. It was not until 1788, however, that Collins’ poem was published, in the pages of  An Ode to the Popular Superstitions of the Highlands.

Eighteenth century records demonstrate there was some degree of disagreement regarding whether kelpies lived within the deep waters of lakes like Loch Ness, or if they lurked at their very edges, in shallow, marshy waters, and possibly even on the land. This, in itself is worth noting, since there have been more than a few sightings of the Nessies being seen near the shore, basking, laying on the shore itself, and even lurking in the surrounding woods, as strange and sinister as such a thing might sound. This suggests a collective body of data, and an enduring and attendant tradition, of the kelpies being creatures that chiefly lurked in the water, but that on occasion moved about the landscape – which is exactly what we have been told about the Nessies since the early 1930s.

While, as I mentioned earlier, the kelpie can take on the guise of numerous animals, there is no doubt that the horse-like kelpie is the one most often reported. The downfall of the unwary traveler occurs when he or she, generally late at night, is walking past some large expanse of water. Suddenly, just such a horse appears out of the darkness, and appears to beckon the victim, in inviting fashion, to climb onto its back. That so many ill-fated people did exactly that suggests they were under some form of supernatural spell. This echoes the Middle Ages-era tales of shape-shifting fairies that could place people into a state of being piskie-led, meaning that their minds were enslaved, and their actions dictated and controlled by the magic of the wee folk. Perhaps, and in view of the shape-shifting abilities of both, the fairies and the kelpies of old were actually one and the same.

When the entranced person mounts the horse, the tranquil atmosphere changes immediately – and in terrifying fashion. The infernal beast charges into the water, plunging into its depths, and dragging its victim to his or her violent death. On other occasions, the kelpie will take on the form of a beautiful woman, who also invites people to walk to the water with her – shades of centuries-old stories of men becoming hypnotized by the visions of voluptuous fairy-queens in ancient English woods. And, vice-versa, the kelpie will appear as a young man, as a means to capture and drown young women.

In 1807, a poet named James Hogg, who deeply studied the folklore and legend of Scotland, said that somewhat similar to the kelpie was the water-cow. It lurked in the allegedly bottomless St. Mary’s Loch, a three-mile-long body of water located in what are termed the Scottish Borders. Although nowhere near as dangerous as the kelpie, the water-cow could also transform itself into multiple forms and was best avoided at all costs. Largely as a result of it penchant for enticing people to walk to the shore, and then violently dragging them into the water, and killing them by drowning. A perfect example of this enticing aspect of the kelpie’s manipulative character and powers comes from Christian Isobel Johnstone. With her husband, an Edinburgh, Scotland printer, John Johnstone, she ran the Edinburgh Weekly Magazine.

In 1815, she told a chilling story of how, one day, some years earlier, a group of young boys decided to go swimming in a particularly wild and dark loch; it was situated on a mountain, in the vicinity of Glen Ogle. In no time at all, a powerful-looking white horse rose from the depths and swam to the shore. On reaching land, the horse stretched itself out, as if beckoning the boys to climb on its back. Feeling adventurous – as young boys do – they did exactly that. It was not just a big mistake. It was also the last mistake any and all of them would ever make. When the young friends were atop the horse, it suddenly reared up and shot into the lake, drowning them as it speedily propelled itself below the surface and into the inky depths.

If you ever take a trip to Loch Ness, beware: maybe the kelpies of centuries-past are still there...

The Mysterious Meterorite Of Sri Lanka