Elon Musk did what Elon Musk does best this week and made headlines around the world. The entrepreneur and future supervillain launched a payload of 60 Starlink satellites this week to begin the ambitious goal of getting 12,000 of the tiny satellites into orbit. Once in place, the massive system of satellites will provide the world with ultra-high-speed internet. "Starlink will connect the globe with reliable and affordable high-speed broadband services," SpaceX tweeted just before the launch  That’s the plan, anyway.

As with all things SpaceX, there are sure to be some surprises and controversies with the Starlink plan. Musk intends Starlink broadband access to be affordable, so he’ll likely have to fight off his fair share of corporate sabotage as telecom giants see their future profitability fade into the wind like the exhaust from a SpaceX Falcon 9.

Aside from competition, Musk will have to face the objections of the astronomical community who warn that filling the skies with thousands of satellites could have loads of unintended negative effects. Already, several astronomers have warned that Starlink satellites pose a threat to the search for extraterrestrial radio signals. Alan Duffy, an astronomer with the Royal Institution of Australia, says that a ring of 12,000 satellites would create so much radio interference as to make all radio telescopes useless:

A full constellation of Starlink satellites will likely mean the end of Earth-based microwave-radio telescopes able to scan the heavens for faint radio objects. The enormous benefits of global internet coverage will outweigh the cost to astronomers, but the loss of the radio sky is a cost to humanity as we lose our collective birthright to see the afterglow of the Big Bang or the glow of forming stars from Earth.

Astronomers are continuing to discover all sorts of mysterious radio sources in deep space, and some believe that there is a possibility these radio bursts could one day be the means through which we make first contact with an extraterrestrial species. Is removing that possibility worth affordable high-speed internet access worldwide ? It’s a truly tricky question.

Another astronomer caught a breathtaking video of the 60 Starlink satellites trailing across the night sky like a row of ducks crossing the street. Very bright ducks. Will the skies began to become increasingly filled with artificial objects? Who could have imagined that our roads would one day be lined with giant advertisements on 100-foot poles? A Japanese startup is already looking to create psychedelic artificial meteor showers by dropping rocks of different chemical compositions from space, and another Russian startup wants to put billboards in orbit. Is this what the skies of our cyberpunk future will look like? That is, if we can even see through the air pollution at all. 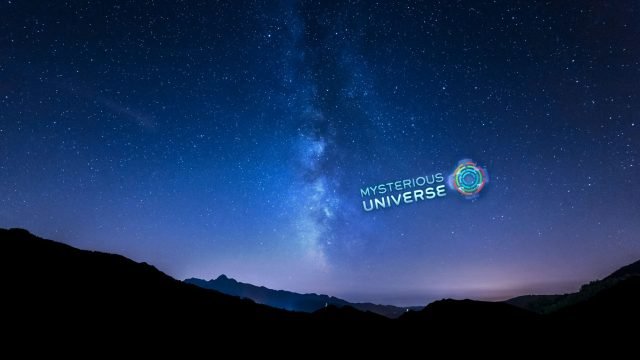 Turn off the TV tonight, go outside, and look at the stars for as long as you can. We may have to one day describe them to generations who have never known them.