Strange Star in the Big Dipper is From Another Galaxy

Astronomically speaking, it’s tough to beat the discovery of a comet or asteroid from another solar system, as all of the hubbub over ‘Oumuamua has proven. However, this just might do it. Astronomers studying the chemical compositions of stars in our Milky Way Galaxy have discovered a star in the Big Dipper with a combination of elements that exists nowhere else in the galaxy. An invader? Interloper? Can we charge it rent?

“Here we report on the discovery of a metal-poor star with an extreme r-process enhancement and α-element deficiency. In this star, the abundance ratio of the r-process element Eu with respect to Fe is more than one order of magnitude larger than the Sun and the metallicity is 1/20 of solar metallicity.” 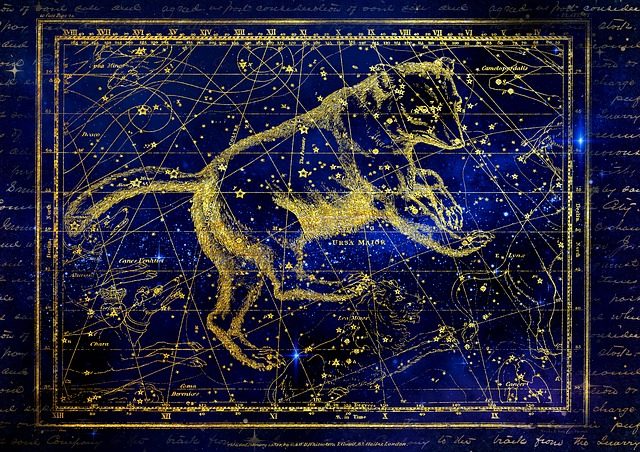 That’s astronomer-speak for “Hey! Put down your beer and come look at this!” According to the press release for a new study published in the journal Nature Astronomy, a group of astronomers from China and Japan using the Large Sky Area Multi-Object Fiber Spectroscopic Telescope (LAMOST) in Xinglong Station, Hebei Province, China, discovered a star, now named J1124+4535, just below the bowl of the Big Dipper, also known as the Ursa Major constellation, with an unusual chemical signature. Specifically, it has a very low level of elements such as magnesium compared with an excessively high level of Europium, a soft metal similar to lead. That high-low ratio is not found in the Milky Way but matched the chemical composition of stars in dwarf galaxies orbiting our own.

So, how did J1124+4535 end up in the Big Dipper? It’s believed that there were once many more dwarf galaxies orbiting the Milky Way, but our greedy galaxy likes to gorge on them and absorbed them completely – destroying their identities and assimilating them into its own. Somehow, J1124+4535 managed to survive. As we found with interstellar asteroids, if there’s one, there’s probably more, and that’s already the case with this prisoner from another galaxy. Astronomers have discovered non-Milky Way hypervelocity stars speeding through after being spun off by those orbiting dwarf galaxies, particularly the Large Magellanic Cloud. However, J1124+4535 seems to be the only one so far to arrive via complete absorption.

Speaking of the Large Magellanic Cloud, it’s scheduled to be absorbed via collision in about 2 billion years, followed by the Andromeda Galaxy in another 2 to 3 billion years.

In space, no one can hear you scream, but someone in the future may hear the Milky Way chew, swallow and belch.

The Moon is Tectonically Active and It’s Shrinking