Tales of the Terrifying Man-Monkey

Over the years, I have written a number of articles on the strange phenomenon of the "Man-Monkey," which is said to haunt the centuries-old Bridge 39 that spans the Shropshire Union Canal, England. The story is a very strange one, the origins of which date back to January 21, 1879. On the night in question, a man crossing the bridge with his cart and horse had the fright of his life: a semi-spectral chimpanzee-like animal raced across the bridge, terrifying both the man and his horse - and which suddenly vanished into the woods. Several other sightings were made in the days and weeks that followed. Although the original case is still well-known in the area, far less is known about some of the more recent encounters with the ghostly beast. Of course, the fact that the Man-Monkey has been seen for more than 100 years - and is spectral, rather than fully flesh and blood - suggests that it's no normal animal. As for those more recent cases, they are as fascinating as were the ones reported in the latter part of the 19th century.

Margaret  Baker’s tale of the canal creature, related to me in the autumn of 1999, was brief, but equally as intriguing as those of more than a century earlier. On a weekend night in the winter of 1997, Margaret had been driving through the nearby village of Ranton with her daughter, Kathleen, when at around 11:30 p.m., the pair was shocked and scared witless by the surreal sight of a shambling, hairy man-beast. It loomed out of the darkened fringes of the roadside, "threw its arms around in the air," and proceeded to "shout at us, like a big roar." Not surprisingly, the terrified mother and daughter did not once slow down to get a closer look at the creature, but instead fled the scene with the utmost haste. 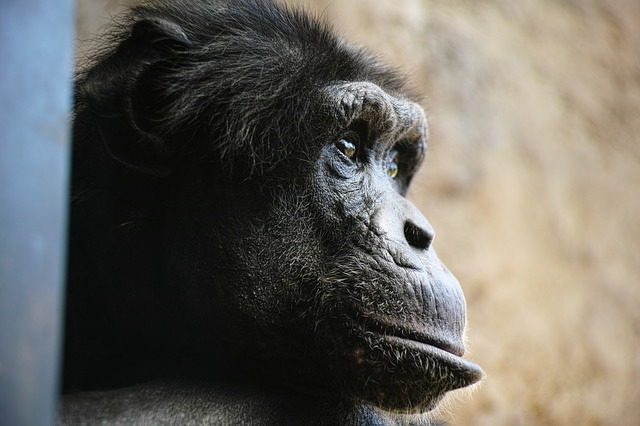 Simon Ferry was a character who popped out of the cryptozoological woodwork in the wake of an article on the Man-Monkey that Irene Bott (formerly head-honcho of the Staffordshire UFO Group) and I wrote for the now-defunct Chase Post newspaper in the summer of 2000, and who provided an interview over drinks one evening at an old pub in the Staffordshire city of Lichfield. A jovial bird-watcher and nature-lover, Simon told me and Irene in an initial and brief telephone call that he had been strolling by the Shropshire Union Canal, approximately three-quarters of a mile from Bridge 39, on a bright summer’s day in 1982 when he heard what he described as "a really loud noise from across the other side of the canal and in the trees." Notably, Simon added in the lengthier interview for us that: "It was like [the scream of] a fox and I thought that’s what it was." That is until, as he described it, "I saw this bloody great thing, like a gorilla, stand up [and] take off. But it was gone before I could think to do anything else about it. And, in any case, it was [on] the other side of the canal and I was nowhere near [the] bridge to get over there. But I shook after, I’ll tell you."

In answer to our questions, Simon said that the creature was not at all of the extreme height usually attributed to such cryptozoological entities as the Yeti of the Himalayas and the Bigfoot of North America, but was perhaps five to five and a half feet in stature at the very most (and possibly slightly less, even). And it appeared to be both highly agile and very muscular, and certainly not the sort of beast that a person would want to cross paths with on either a dark, and chilly winter’s night in 1879, or on a bright summer’s day in 1982. Florence Abbott - now deceased, and who grew up in Staffordshire - told of hearing uncanny tales of the Man-Monkey as a child in the late 1920s. Very interestingly, according to Florence, one such tale that had been diligently passed down through her family told of a supernatural-like encounter with the Man-Monkey in the village of Ranton – only a short journey from Woodseaves – way back in 1848.

As the story was related to me by an amusingly cantankerous Florence (whose daughter was chiefly responsible for acting as the go-between that brought us together after the Chase Post highlighted the tale of the Man-Monkey as told by me and Irene Bott), it was an autumn night in 1848 when the witness – a young girl on Florrie’s father’s side of the family who was walking to her parents’ home in Ranton – encountered in the shadows of the neighboring property a five-foot-tall, man-like creature that was covered in dark, matted hair and that emitted strange grunting noises. For more than a minute or two, the pair stood staring at each other, both seemingly transfixed and rooted to the spot. Suddenly, said Florrie, the animal – if that is what it truly was – ambled off towards a nearby field and promptly vanished, quite literally, in a bright flash of light very much akin to that of a camera flash. In the Abbott household, it seems that the Man-Monkey was pretty much the local equivalent of the classic bogeyman, as Florrie well recalled: "My brother and sister and I were all told this story as children and that if we were mischievous the Man-Monkey would come for us. The story was well known in our family when I was a little girl." 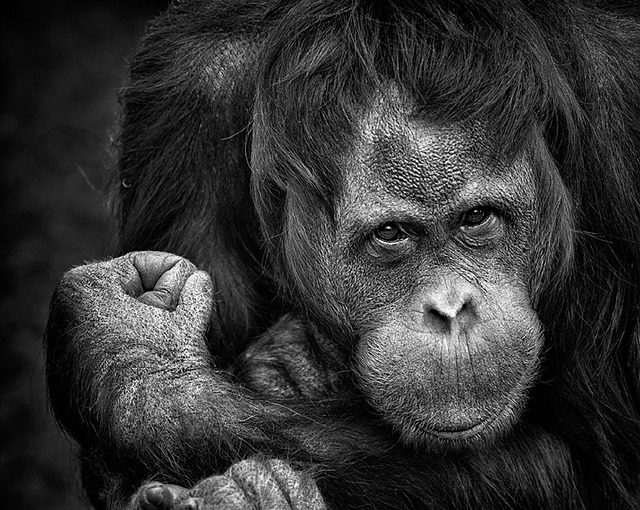 Another story that surfaced to me in 2000, and that most definitely deserves a mention here, came from a man who declined a personal meeting with me and even declined to reveal his name, but who, in a lunchtime telephone call, briefly told me how he had personally heard of an encounter with the beast of the bridge at the height of the Second World War. According to the tale, the man was a twelve-year-old in 1943 when a young evacuee – a boy of about nine or ten who hailed from somewhere in London’s East End - came to stay with his immediate neighbors. The pair regularly played in the woods and fields around Woodseaves during the summer of that year. A significant degree of dark melancholy overcame the young Londoner, however, when he confided in my caller that, one night, he had overheard the husband and wife he was staying with quietly discussing a strange event that had occurred several days earlier: Namely, nothing less than the sighting by the husband of a large, hair-covered thing that "walked upright," looked like a bear and that had been seen roaming menacingly through Woodseaves shortly after midnight.

The witness had apparently been deeply disturbed by the encounter and swore his wife to complete and utter secrecy. My source knew no more than that and had not spoken to the boy from London for more than half a century; for what it was worth, however, he said that he wanted to relate the details to me, as he thought I would find them interesting. I most certainly did find them interesting. I thanked the man and he quickly hung up the telephone, never to call again. So it goes in the field of monster-hunting. Reports have definitely dropped off in the last few years. Perhaps, the spectral thing has returned from the strange real from which it surely originated. Or, maybe, it's still around, waiting for the right time to make its presence known again. I hope it's the former!

The Grim Mystery of the Hand of Glory