The Birthplace of the First Domesticated Watermelon Has Been Found

Memorial Day weekend is the unofficial beginning of the summer picnic and cookout season in the U.S., which means it’s also the start of watermelon-eating around the country. The giant fruit comes ready to serve a hot, hungry group and is so associated with America’s three big summer holidays that one would think it originated here. One would be wrong. In fact, a new study has used watermelon DNA to trace its ancestry and found that it’s not even 1/64th Native American. Where did the watermelon first move from the bitter wild variety to the sweet red fruit we know and love? You’ll be surprised. Pick a country and place your bets now.

“With some 197.8 million tons in 2017, watermelon, Citrullus lanatus, is among the World’s most important crops, yet its area of origin and domestication have remained unclear, with competing hypotheses favoring South Africa, West Africa, Central Africa, or the Nile valley.” 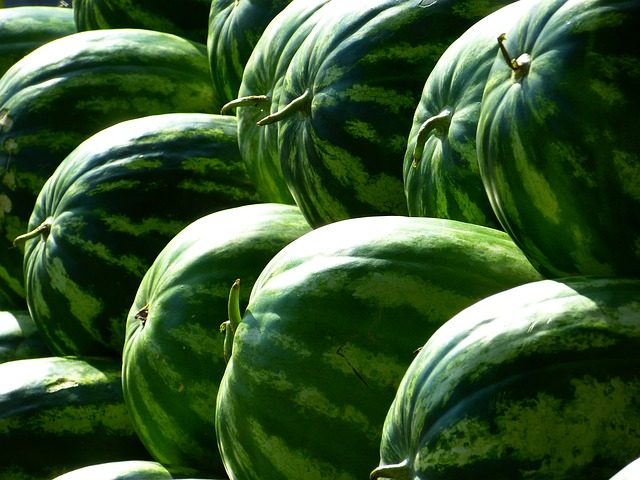 According to the study, published in bioRxiv, the origin of domesticated watermelon was a mystery that piqued the interest of Susanne Renner, a botanist and professor of biology at the Ludwig Maximilian University of Munich. Renner told New Scientist she had heard about a depiction on the wall of an ancient Egyptian tomb of something that looked like a modern watermelon and learned that another 3500-year-old tomb, opened in the 19th century, contained watermelon leaves that had been placed on a mummy. Those leaves ended up in the possession of botanist Joseph Hooker, a close friend of Charles Darwin, who locked them in a case at Kew Gardens in London where they’ve remained ever since. Mark Nesbitt, the Kew Garden official who agreed to give Renner a sample of one leaf, confirmed the case hadn’t been opened since 1876.

“We generated extensive nuclear and plastid genomic data from a 3500-year-old leaf from a Pharaonic sarcophagus and performed genome skimming for representatives of all other Citrullus species to compare key genes involved in fruit bitterness and color.”

“… that 18th Dynasty Egyptians were cultivating domesticated watermelon by 3500 years ago.” 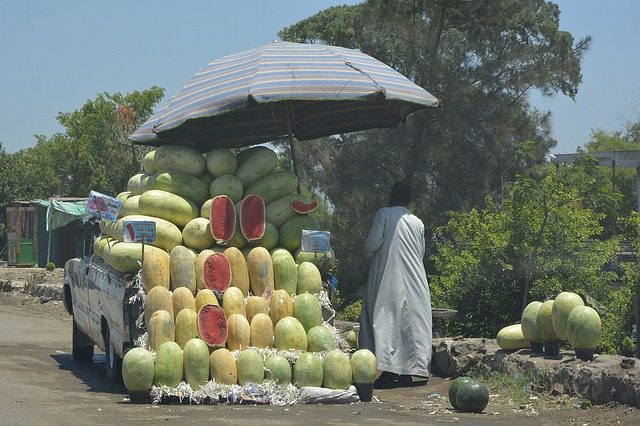 Ding-ding-ding! We have a winner! Pay off anyone who placed a bet on ancient Egypt. Does this mean the pharaohs had picnics and ate watermelons with their barbecued camel burgers, yam salad and beer? Possibly, but it’s a safe bet that Americans have developed the biggest and sweetest watermelons and would definitely win a seed-spitting contest. USA! USA!