The Bizarre Case of Russia’s Kyshtym Being

For years there have been sporadic cases when the carcass or other remains of mysterious creatures have turned up from all corners of the planet. These corpses are usually mummified and found already dead, sparking all manner of discussion and debate and providing possible evidence for forces beyond our understanding. In some of the more bizarre cases the creatures in question are allegedly found alive, and one such remarkable case comes to us from a remote region of Russia, where a supposedly alien creature was found and taken care of by humans, only to vanish and leave myriad questions swirling in its wake.

The bizarre tale begins in the summer of 1996, when an elderly woman by the name of Tamara Prosvirina was taking one of her regular walks around the village of Kaolinovy, near Kyshtym, Chelyabinsk Oblast, in the Ural region of Russia. On this day she returned to the village clutching something wrapped in a blanket, which she proclaimed to be “her baby” and which she had found out in the wilderness under a tree next to a well near a cemetery. When people approached she held the wrapped object close and would not show it, merely telling everyone that its name was Alyoshenka. This was odd enough, but considering her advanced age most people just sort of wrote it off as the senile delusions of a crazy old woman. However, it would soon prove to be much more bizarre than that.

A select few people did in fact manage to get a look at what was wrapped in the blanket over the next few weeks, and it was no human baby anyone had ever seen before. The creature was described as being about 10 inches long, with dark grey skin and brown spots on its head. It was completely hairless, with large protruding eyes with vertical pupils like a reptile’s or cat’s, a very small, thin-lipped mouth, small holes in the skull rather than actual ears, and long, thin fingers topped with sharp claws. It exhibited no discernible navel or genitalia, had no eyelids, and was reported as making “squeaking noises” and breathing through a minuscule flat nose.

Prosvirina would claim that the creature was unable to chew food due to its almost nonexistent jaw and incredibly small mouth, so she fed it milk and curd with a spoon and said that it enjoyed licking caramel candies. For the few weeks that it was in her care, she would say that it rarely moved save to stretch its legs or extend its face towards food, and that it needed to be wiped down frequently due to a sweet-smelling sweat that was profusely and consistently produced all over its body. This was mostly all witnessed by Prosvirina’s daughter-in-law, who would remain adamant that it was all true and that this was no human baby. She would say of her first meeting with it:

I used to visit my mother-in-law twice a week. She was living on her own. On that day I brought her foodstuffs just like I did before. I was about to leave when she told me: ‘We’d better give some food to the baby too.’ Then she showed me to the bed. I took a closer look at it and saw him. He was on top the bed, squeaking some funny sounds. I could see his mouth shaped like a small pipe. His tiny scarlet tongue was moving. I also spotted two teeth inside. In a way, he looked like a little baby. His head was brown, and his body looked gray. I didn’t see any eyelids. He didn’t have any genitals either. His head looked like an onion. And the pupils of his eyes were widening and narrowing just like the cat’s eyes do when you turn on the light and turn it off again several times in a row. The fingers on his hands and feet were pretty long. I only bothered to ask my mother-in-law where on earth she’d got the monster from. She told me she’d found him in the forest. She kept calling him ‘Alioshenka’. She gave him a candy and he started sucking on it. I thought it was some kind of animal.

He was giving off that smell, you know, one of a kind. You can’t take it for any other smell. Actually, the smell was pretty agreeable yet somewhat nauseous at the same time. And he didn’t pass any liquid or solid waste matter. He was sweating, and that was all. I saw the mother-in-law wipe the sweat off his face with a rag.

Most of the neighbors had not seen the strange “child,” however, and fearing for the old lady’s mental health authorities were called in to take her away to an institution. As she was being led away, Prosvirina reportedly protested vehemently, saying that her “baby” Alyoshenka would die without her to care for him. Indeed, it would pass that a few days later a man named Vladimir Nurtdinov went to the home and found the creature, dead as predicted and somehow having mummified in the meantime. The body was allegedly given over to police, Nurtdinov was arrested for stealing wire from the home, and this is where things would all take a turn for the even odder still.

A police investigator by the name of Vladimir Bendlin started snooping around trying to get to the bottom of the mysterious being, with the rest of the department just sort of shrugging its shoulders at it all and mostly not taking it very seriously at all. He kept the body stashed away in his refrigerator, videotaped and photographed it, and apparently had it subjected to tests, which came up with mixed results. One expert wrote it off as a deformed child, another said it was a malformed fetus removed prematurely from the womb, while another stated that it was not human and showed decidedly anomalous bone structure, organs, and physiology, and still others were uncertain as to its origins.

Bendlin began reaching out to those who might know something more than mainstream scientists, calling in local UFOlogists who persuaded him to hand over the body of the creature for them to study. Bendlin grudgingly let them go off with it, and that is pretty much the last anyone would see of it. Follow up calls to the organization were met with excuses that it was being studied and he was led in circles by the group, the body’s actual whereabouts a mystery. In the meantime, Prosvirina was released from the institution in 1999 and mysteriously run down by two vehicles almost as soon as she left the facility, with the accident oddly never being seriously pursued. She was described as having been dancing about in the middle of the road in some sort of trance when it happened. What is going on here? Was she killed by people who wanted to keep this all a secret or was this just a freak accident with rather ominous timing? 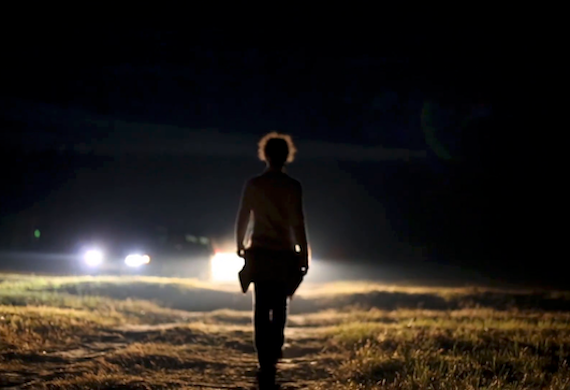 It is unfortunate that the corpse of the alleged so-called “Kyshtym Dwarf” has not turned up since, either being hidden away by the UFO organization, whisked away by the government, or sold to some private collector. Whatever the case may be it has disappeared without a trace, leaving only photographs, videos, and a cloth supposedly containing the creature’s sweat to go on and doom it to the limbo of speculation. Believers point to this as being evidence of extraterrestrial life, while skeptics say it was either a hoax or simply a human fetus exhibiting mutations and deformities. Another theory put forward is that it was a mutant caused by the radiation produced by the 1957 Kyshtym disaster, in which a storage container for liquid nuclear waste at the Mayak plutonium plant in Ozersk, exploded to release 20 million Curie units of radioactivity that spread over more than 20,000 square kilometers of the Chelyabinsk, Sverdlovsk and Tyumen regions, making it the third worst nuclear disaster in history after Chernobyl and the Fukushima reactor disaster in Japan.

Bendlin would later learn through interviews with locals that others had seen similar creatures roaming about the wilderness of the area, and he surmised that Prosvirina had found a wounded or immature specimen. He also had DNA from the cloth the creature that had been kept and analyzed by a Moscow-based Institute of Forensic Medicine, which would say of it:

A gene discovered in the DNA samples doesn’t correspond with any genes pertaining to humans or anthropoid apes. No gene samples available at the laboratory match the gene. The experts in DNA research haven’t come across any creatures with such an elongated DNA molecule.

What was the Kyshtym Being and where did it come from? Was it just a deformed human fetus, and if so then why do witnesses say that it was alive and feeding as it was being taken care of? Was this just a hoax? Indeed, where did the body go, if it ever existed at all? Was it covered up, destroyed, or just filed away to some dusty backroom somewhere and forgotten? Without that body there is very little we have to go on, and so this extraordinary case will most likely remain merely a curiosity that we will never truly get to the bottom of and which will incite discussion for some time to come.

The Shadow of Roswell: Crashes, Cover-Ups and Conspiracies, Part Two