The Code of the Voynich Manuscript HAS NOT Been Solved … Yet

"I experienced a series of ‘eureka’ moments whilst deciphering the code, followed by a sense of disbelief and excitement when I realised the magnitude of the achievement, both in terms of its linguistic importance and the revelations about the origin and content of the manuscript."

That was Dr. Gerard Cheshire announcing this week that it took him just two weeks to crack the code of the mysterious Voynich manuscript – a Medieval illustrated codex written in an indecipherable language that has baffled cryptographers (the legendary Alan Turing tried unsuccessfully to decode it) since its discovery, including Wilfrid Voynich, who obtained the codex in 1912 and popularized it enough to have it tagged with his name. in “The Language and Writing System of MS408 (Voynich) Explained,” Cheshire claims it is written in proto-Romance, an extinct ancestor of the Romance languages (Portuguese, Spanish, French, Italian, Romanian, etc.) and he was able to translate enough of the document to determine that it was "compiled by Dominican nuns as a source of reference for Maria of Castile, Queen of Aragon."

“Sorry, folks, "proto-Romance language" is not a thing. This is just more aspirational, circular, self-fulfilling nonsense.” 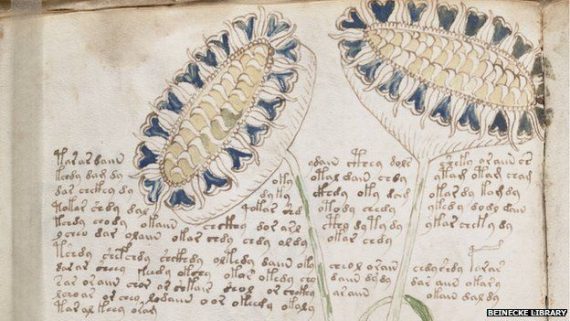 “Ooooh, tough crowd” as comedians like to say when the audience boos rather than laughs. In Cheshire’s case, that crowd includes Lisa Fagin Davis, executive director of the Medieval Academy of America (an organization promoting excellence in the field of medieval studies), who immediately tweeted her analysis of the announcement. Davis comes by her expertship legitimately – she received her PhD in Medieval Studies from Yale University where the Voynich manuscript is held, and has handily debunked previous announcements of Voynich code-breaking.

“As with most would-be Voynich interpreters, the logic of this proposal is circular and aspirational: he starts with a theory about what a particular series of glyphs might mean, usually because of the word's proximity to an image that he believes he can interpret. He then investigates any number of medieval Romance-language dictionaries until he finds a word that seems to suit his theory. Then he argues that because he has found a Romance-language word that fits his hypothesis, his hypothesis must be right. His "translations" from what is essentially gibberish, an amalgam of multiple languages, are themselves aspirational rather than being actual translations.”

Davis explains her doubts to Ars Technica and pointed out that the idea of a proto-Romance language “is completely unsubstantiated,” as are Cheshire links between certain glyphs and certain Latin letters.

“One of the reasons the Voynich manuscript is so appealing is because of languages like hieroglyphics and linear B, which were deciphered. But they didn’t come out of nowhere, they were decades in the making and drew on lots of different scholarly expertise. You can’t just have one person saying: ‘I’ve cracked it.’ You have got to have the field, on the whole, agreeing.”

Dr. Kate Wiles, a medievalist and linguist and senior editor at History Today, told The Guardian that such a discovery, if it were true, would need verification by a number of experts before being accepted.

"Regarding the decipherment of the individual symbols, a number of people have come up with a mapping to Latin letters, but those mappings rarely agree with each other, or with this proposal." 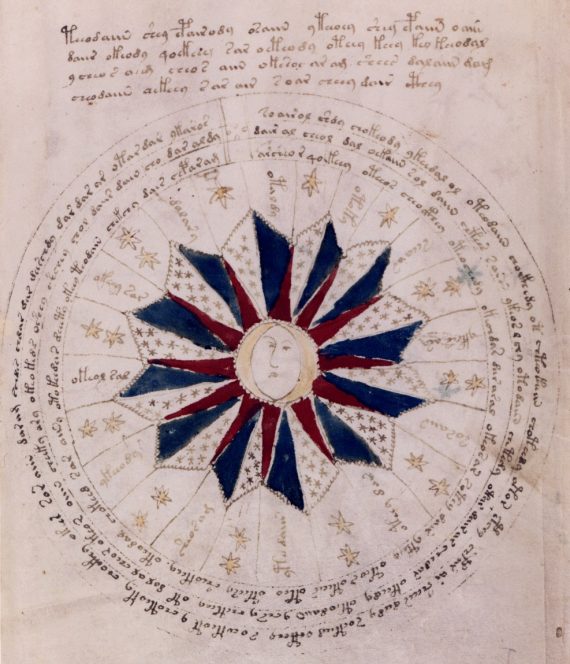 Greg Kondrak, a computer science professor at the University of Alberta who as also tried to crack the Voynich code, also points out that the Romance origins of some of the words in the manuscript has been well known for some time.

Finally, J.K. Petersen, keeper of The Voynich Portal, summarizes his problems with the alleged code-cracking:

But I have trouble accepting the translation in its current form because:

there are a lot of nonsensical word combinations,
there’s almost no grammar,
the letter distribution is quite different from Romance languages (it would take a whole blog to discuss this aspect of the text, but take 4 as an example, which almost exclusively is at the beginnings of tokens—Cheshire relates it to “d”, and “9” which is usually at the end and sometimes at the beginning, but almost never in the middle, which he designates as “a”),
the words still match the drawings if the drawings are interpreted differently (which means the relationship isn’t proven yet),
some of the transliterated “words” don’t show any relationship to Romance word-structures (and the author neglected to explain how specific non-Romance words were derived), and
the same words (e.g., “na”) are sometimes interpreted differently.

A few things are certain at this point: there are a LOT of people interested in breaking the Voynich code, a large number working to verify the code-breakers and the attempts and debunkings are destined to continue.

It beats arguing about politics, doesn’t it?