The Great Mystery Quake of the Midwest

There are certain areas in the world that are prone to earthquakes. California, Japan, and other regions sitting on fault lines all run the risk of these geological upheavals, and the people who live in these areas are well aware of it, living in a constant haze of fear in the back of their minds that one may strike at any moment. Yet there have been other areas of the world that do not face such anxiety, where earthquakes should really be one of the least of their worries, but despite this there have been anomalous quakes that have come and gone on to become baffling mysteries. Such is the case of a series of earthquakes that hit the Midwest region of the United States in the 19th century, which were not only odd that they happened at all, but also rather weird in that they are some of the most powerful quakes the country, and indeed the world, has ever seen.

The morning of December 16, 1811 probably started much as any other day in the central Mississippi Valley of the United States, yet at approximately 2:15 AM the entire region was jolted and viciously rocked by a powerful tremor which would later be determined to have originated at an epicenter in northeast Arkansas. Considering that this was the Midwest of the United States, probably the last thing that was on anyone’s mind was that they would be struck by an earthquake, and not only was it unusual, but it was exceptionally potent, measuring a magnitude of 7.5 to 7.9, causing massive damage, and felt as far away as New York City, Boston, Ohio, Massachusetts, Montreal, and Washington D.C. Even more terrifying still was that this was just the beginning, with a 7.4 magnitude aftershock striking later that same day, and unfortunately more was to come. 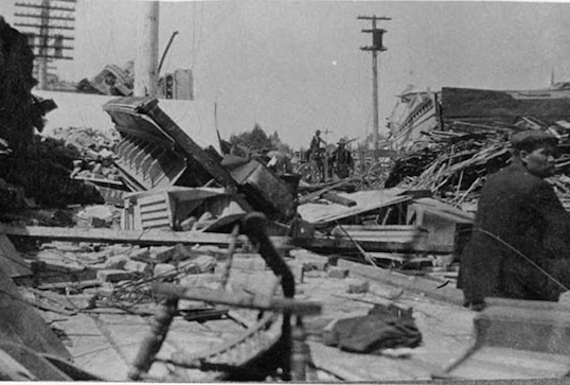 Over the next few months the region would be hit by more earthquakes measuring between magnitude 7 and 8, as well as countless aftershocks, until by March of 1812 the region had been terrorized by thousands of powerful temblors. Two of the earthquakes after the initial one were just as intense as the first, if not more so, such as a magnitude 7.8 quake on January 23, 1812, and the third major quake on February 7, 1812, which was estimated as being as much as a massive magnitude 8.8, all interspersed by countless aftershocks that all caused havoc, capsized boats, leveled forests, and even reshaped the landscape by forming islands, new waterfalls, massive sand boils, geysers, numerous deep fissures said to have even swallowed people alive, and creating Reelfoot Lake. What would go on to become the New Madrid Earthquakes, named after the Mississippi River town of New Madrid, would be felt to some degree over an area of around 1 million square miles fanning out from the central Midwest, and making it all even more frightening were some of the odd phenomena surrounding them.

A commonly reported phenomenon during the quakes was the presence of a loud roaring noise, like thunder or explosions, which was reported by countless locals and which made it all the more ominous. There were also reported the presence of dark clouds in the sky and a sort of foul smelling smog that descended upon the land to make breathing difficult and obscure vision, as well as the smell of sulphur and mysterious flashes of light in the sky, likely the result of a phenomenon known as seismoluminescence. Also rather unusual is that there were reports from boatmen of the Mississippi River actually flowing in the opposite direction at the time of the original quake and for up to several hours after. One rather frightening report of all of this mayhem was given by an eyewitness who illustrated the chaos:

On the 16th of December, 1811, about two o'clock, a.m., we were visited by a violent shock of an earthquake, accompanied by a very awful noise resembling loud but distant thunder, but more hoarse and vibrating, which was followed in a few minutes by the complete saturation of the atmosphere, with sulphurious vapor, causing total darkness. The screams of the affrighted inhabitants running to and fro, not knowing where to go, or what to do—the cries of the fowls and beasts of every species—the cracking of trees falling, and the roaring of the Mississippi— the current of which was retrograde for a few minutes, owing as is supposed, to an irruption in its bed— formed a scene truly horrible.

It must have seemed like the end of times, and of course considering all of these strange phenomena orbiting it all and the fact that the Midwest region had never experienced anything like this before, there were immediately dire omens about what it all meant. Many highly religious people believed it to be a sign from God, and stated that many of the details could be found in Bible scripture. Native tribes of the area also had their theories that it was tied to their angry great spirits, and it did not go unnoticed that a comet not seen since the time of Ramses II in Egypt had arrived in the previous months and was at its brightest during the earthquakes, making it believed to have been some sort of portent to disaster.

Although the sparsely inhabited nature of the region at the time meant that the death toll was kept to a minimum, the New Madrid earthquakes were, and still are, considered to be the most powerful and most prolonged earthquakes to hit the United States east of the Rocky Mountains in recorded history, which is quite odd and surprising for an area of the United States not known for its earthquakes, and which does not lie on the edge of any of the earth’s 15 tectonic plates. Despite all of the more supernatural explanations that have popped up in the wake of the quakes, there is likely a more scientific explanation, but it is poorly understood, made even more difficult because the region has had so few earthquakes in its history as a basis of comparison.

What is now called the New Madrid Seismic Zone is a bit of an anomaly to say the least. In most cases, earthquakes occur along the edges of Earth's tectonic plates, where friction between two of the plates sliding against or pushing or pulling each other causes the tremors, but that is not the case for the New Madrid earthquakes since they originated practically right in the center of one of these plates. There have been all manner of hypotheses for why this zone should cause these powerful quakes, such as that it is the result of magma pushing up from beneath the earth, a weakened crust in the area, an undocumented fault line, the result of the release of stress at the surface from the retreat of glaciers, local changes to the mantle flow, and others. 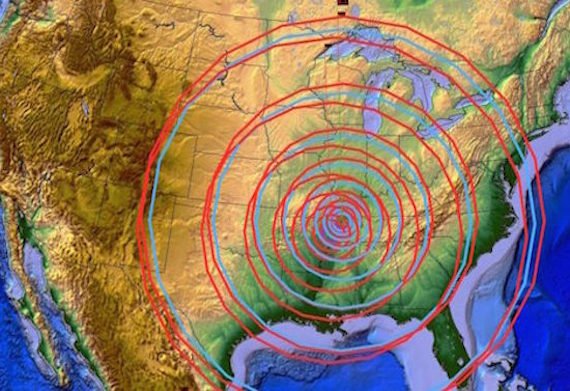 One of the most popular recent theories is that the quakes were caused by a spider web of fissures underground called the Reelfoot Rift, formed between 700 million and 540 million years ago when the ancient supercontinent of Rodinia broke apart and split, creating a system of fissures and weakened, fractured crust deep in the earth that is possibly prone to earthquakes, although not in the traditional sense. Despite all of these theories, no one is still really sure why these powerful quakes should hit the region, and research is ongoing. One seismologist at the University of Memphis in Tennessee, Christine Powell, has said of it all:

Here, in the center of a plate, we don’t have a theory that we can attribute the earthquakes to. So in order to understand why they’re occurring, you have to think outside the box.

Whatever the reasons for the New Madrid Earthquakes may be, it was certainly not a one-time freak occurrence. Ever since these earthquakes, the region has been consistently hit with numerous temblors, to the tune of about 4,000 mild to moderate quakes since 1974, and it is thought that there is a 25 to 45% chance of a magnitude 6 or greater earthquake in the area within the next 50 years, which would be devastating to the now highly populated area. In the end we are left with quite the geological mystery. How is it that not only was there a strong series of earthquakes, but also some of the most relentless and intense the country has ever seen, right out in the middle of nowhere where no earthquake should have been in the first place? It is testament to the fact that there are still mysteries of our planet we do not fully understand, and until we do we can only wait and see if there will be another repeat of that 1811 catastrophe.

A Cosmic Explosion May Have Forced Ancient Humans Into Walking Upright